Facebook Messenger releases "Dark Mode" feature and Canadians can use it now. 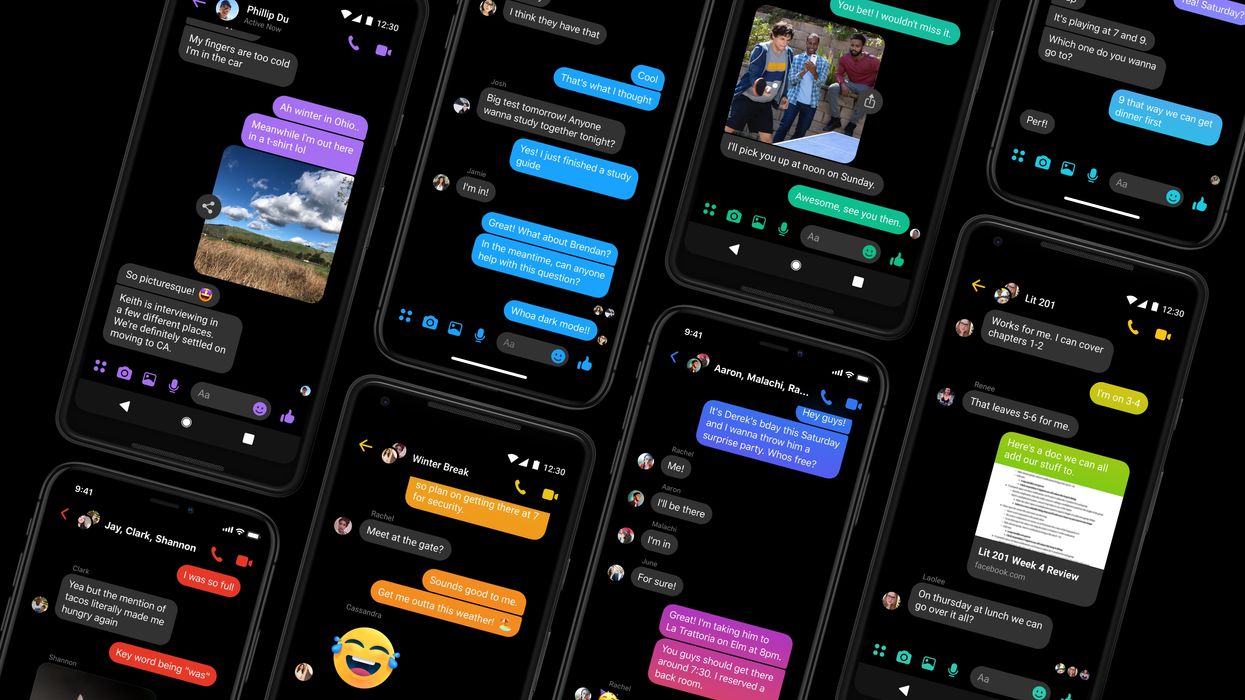 Facebook's messaging app has looked the same for a long time, but all of that is about to change. Facebook Messenger officially dropped a cool new feature called "Dark Mode" and Canadians can already start unlocking it now. The feature will be rolled out to all Messenger users in the upcoming weeks, but if you can't wait till then, we have the scoop on how to unlock it ASAP.

READ ALSO: Facebook Messenger Launches "Unsend Feature" And It's The Best Thing Ever

Facebook Messenger now has a new "Dark Mode" feature for users. This new feature turns the Messenger app's screen background black, as opposed to the normally bright, white display. Facebook announced that the feature was live today on March 4 in a blog post on its website.

Dark mode is one of the new features of the fourth version of Messenger. "One of the most highly anticipated features from the launch of Messenger 4, dark mode is a sleek new look that goes easy on the eyes by switching the background from white to black," writes Facebook in their announcement today.

Check out a picture of what the new dark mode looks like on Messenger below!

So how does dark mode help users, other than giving Messenger a cool new look? "Messenger’s dark mode provides lower brightness while maintaining contrast and vibrancy," explains Facebook in their blog post.

"Dark mode cuts down the glare from your phone for use in low light situations, so you can use the Messenger features you love no matter when or where you are."

Although the feature is not rolled out to all users yet, anybody can start using dark mode now by following some simple steps to unlock the feature. All you have to do is send the crescent emoji to anyone via Messenger and voila, dark mode activated.

"Dark mode can be accessed through a hidden, limited-time only experience," says Facebook in their blog post. "Simply send a crescent moon emoji – 🌙 – in any Messenger chat to unlock the setting and prompt to turn on dark mode." Just make sure to update your iOS or Android Messenger app to the latest version to see the new dark mode.

Facebook says in their blog post that sometime in the upcoming weeks, the feature will be available simply by turning it on via the settings tab. However, for now, the only way to make your Messenger app go dark is by sending a crescent moon emoji.