Fake Photos Of Travis Scott Cheating On Kylie Jenner Have Blown Up, But He's Not Having Any Of It

Travis Scott was almost caught cheating on Kylie Jenner, except it wasn't him. 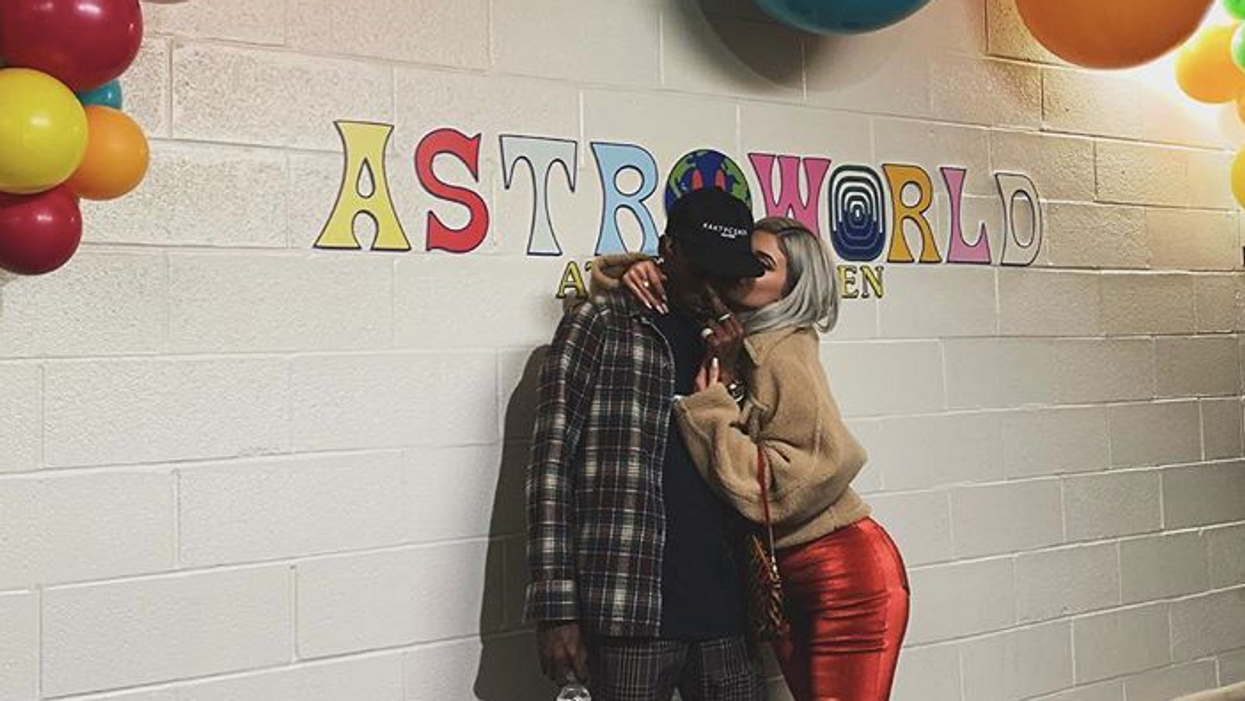 Kylie Jenner and Travis Scott seem to be the power couple of 2018. Even though they're not married, they call each other husband and wife, they welcomed an adorable daughter Stormi last February, and they're now travelling the world together while Travis is on his Astroworld tour. What more could you want?! Well, some trolls thought Travis wasn't happy in his relationship with Kylie and cheated on her. And he had something to say to those trolls.

While it's never really crossed our minds (ours being the ones who love the power couple) that Travis would mess up his family like that, he wanted to set the record straight anyways. A fake photo of a Travis Scott lookalike and another girl kissing on a balcony surfaced, and a fake TMZ article also came out with it. So what did he do? Well, what any person does in this day and age. He commented on the photo.

In the photo, which was obtained by the genius Instagram account called @commentsbycelebs, Travis defended his relationship with his 'wifey', his morals, and the fact that he would not do that. The original post captions the photo with "Yo is this real?!" and this is what Travis responded with: While it really does look like Travis Scott, there are many people in the world that look like other people. Not only did he comment on that Instagram post, but he decided to take to his own Instagram story and defend his loyalty even more. Here is what the story said:

"Trolls always wanna create some fake shit to destroy real love. GOING OVERBOARD TO MAKE SHIT LOOK LIKE IS NOT IS EVIL. I hate acknowledging shit. But quit try to take joy from shit that's good. I pray god blocks out all evil. Back to celebrating !!!!"

I wonder what all this celebrating is for? Astroworld? Another baby? Marriage? We can all dream. While it's definitely just a lookalike, will the Travis Scott lookalike please stand up so we can put this to rest? Until then, we will take his word and hope him and Kylie are ignoring the rumours and flying on a private jet somewhere to celebrate whatever they're celebrating.