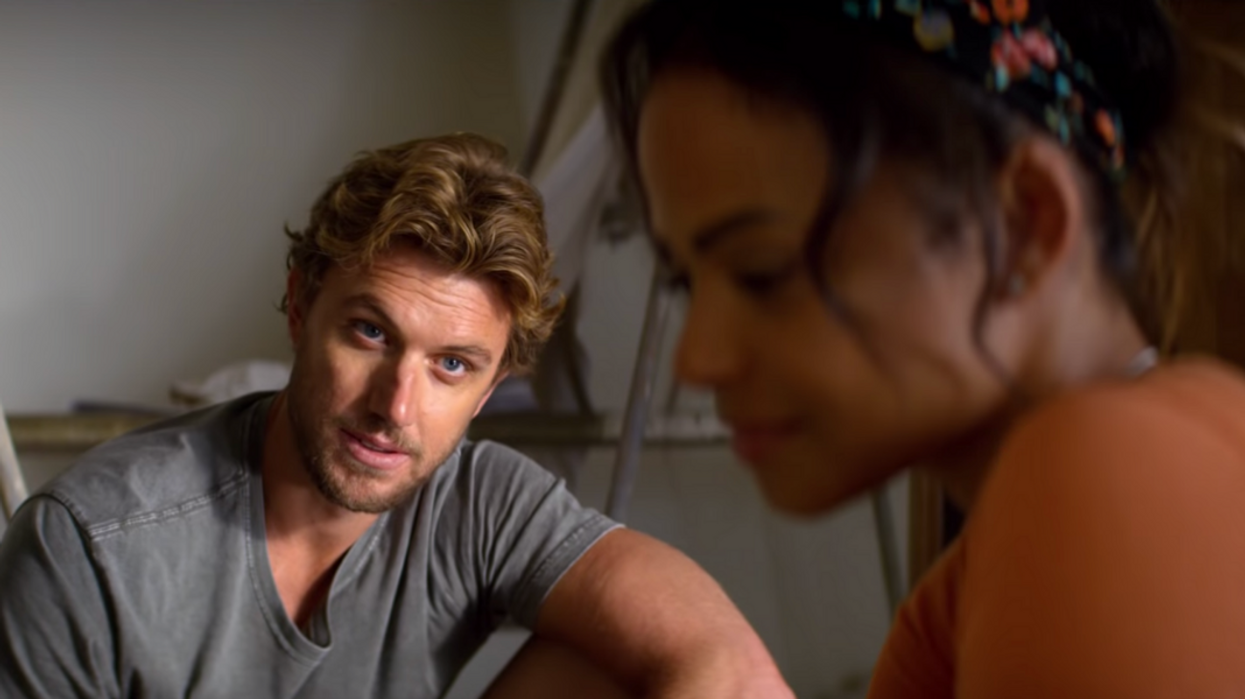 Sometimes movies are just too cheesy to not be good especially when it comes to the classic rom-com. While we've been bingeing Netflix Originals like there's no tomorrow, Netflix has been on a binge of their own. The amount of corny romantic comedies they've released over the past year is insane. Their newest release, Falling Inn Love, could be their best one yet. People are calling the new Netflix Movie Falling Inn Love one of the best rom-coms they've ever released.

The movie stars Christina Milian, Adam Demos, and Jeffrey Bowyer-Chapman. It follows Gabriella who is an executive from San Francisco. Through bizarre luck, she wins a New Zealand inn but is devasted when she finds the inn is run down and unusable. While renovating she enlists the help of a contractor named Jake and the rest is history.

When the trailer first dropped, people freaked out and claimed even by the trailer that Falling Inn Love was going to be the perfect rom-com. Now that the actual movie has been released people have proof to back up those "perfect rom-com" claims.

Twitter seems to be riling up the most love for the movie with users saying they, "loved everything about it." It's even making people ask Netflix for more romantic comedies, some people even felt like moving to New Zealand after their watch.

I loved everything about #FallingInnLove. I'm such a sucker for romantic films and this is one of the best I have watched in ages.
— Winnie Rose 🌹 (@Winnie Rose 🌹)1567087740.0

Netflix just sent me an email to remind me that Falling Inn Love starts streaming today, and it is amazing how this… https://t.co/LLuJv39t93
— Kristin Daly Rens (@Kristin Daly Rens)1567086680.0

The movie did just start streaming today so you have some time to watch it before all the spoilers come out. Make sure to add Falling Inn Love to your Labour Day long weekend movie list!