You could be the next Popeyes chicken girl! 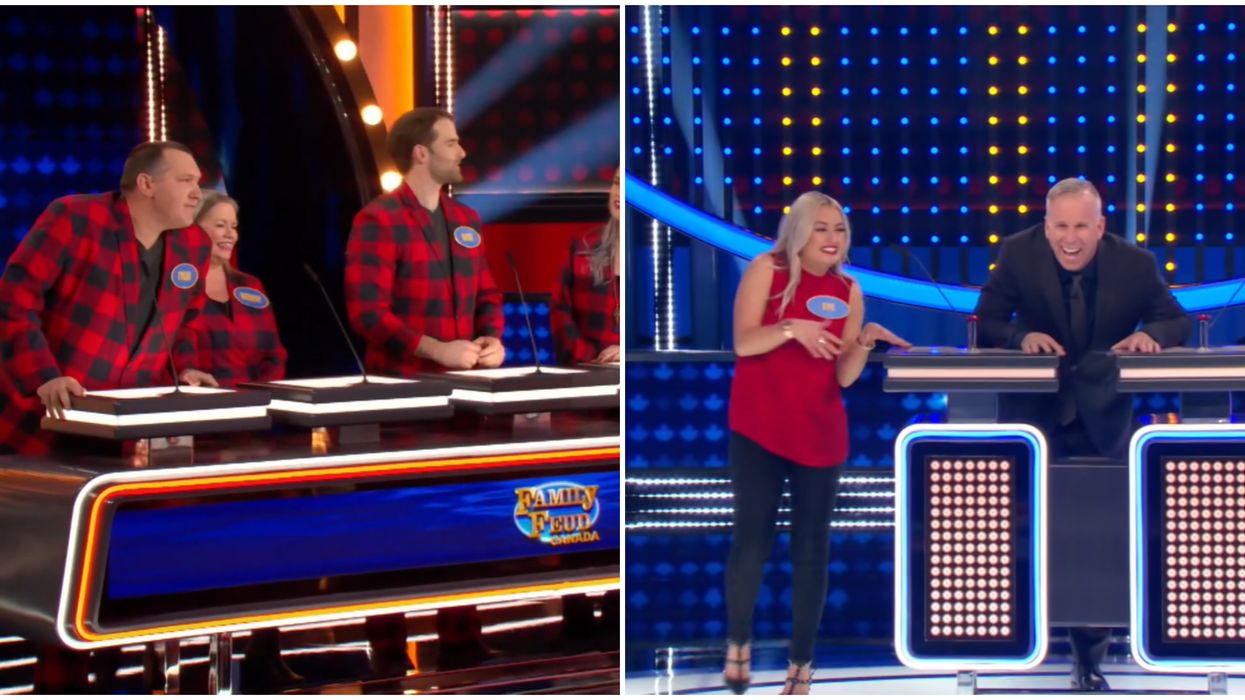 Do you know what Popeye's favourite food is? If you do, you could probably make it pretty far on this game show. Family Feud Canada's audition process has started for season two and your family can apply to be on the show.

While a date hasn't been set for filming just yet because it's not safe to do so, Family Feud Canada is still casting for its upcoming season.

The game show will return to the CBC with 104 new episodes four nights a week for season two.

Your family can apply online right now to be on the show.

If you don't all live in the same home, the producers want to see creative ways you can bring your family together while still following physical distancing measures.

That could be a video chat with everyone, separate clips edited together, pictures or anything else you can think of.

There's no deadline mentioned for applications yet but it's probably better to do it sooner rather than later.

Producers will be holding virtual auditions until August.

For families who make it to the next round of casting, those auditions will be held over Zoom.

If your family gets chosen to be on the show, you could be part of another one of the game show's iconic moments like the Popeyes chicken girl.

For families chosen to have a Zoom audition, there will be a mock game of Family Feud to see if there's personality, energy, enthusiasm and competitiveness.

Plus, you have to have the ability to play the game.

No in-person auditions will be held for this season's casting.

To be eligible to be on the show, you must be a family of five who all permanently reside in Canada.

All members of the family have to be Canadian citizens, permanent residents or have permission to work in the country.

You can't be on the show if you are running for political office or if you've been on more than two game shows in the last year.

The application, all the eligibility rules and frequently asked questions about the casting process can be found on their website.