Popeyes Gave A Canadian Woman $10,000 Worth Of Chicken After She Went Viral On Family Feud

She got her chicken. 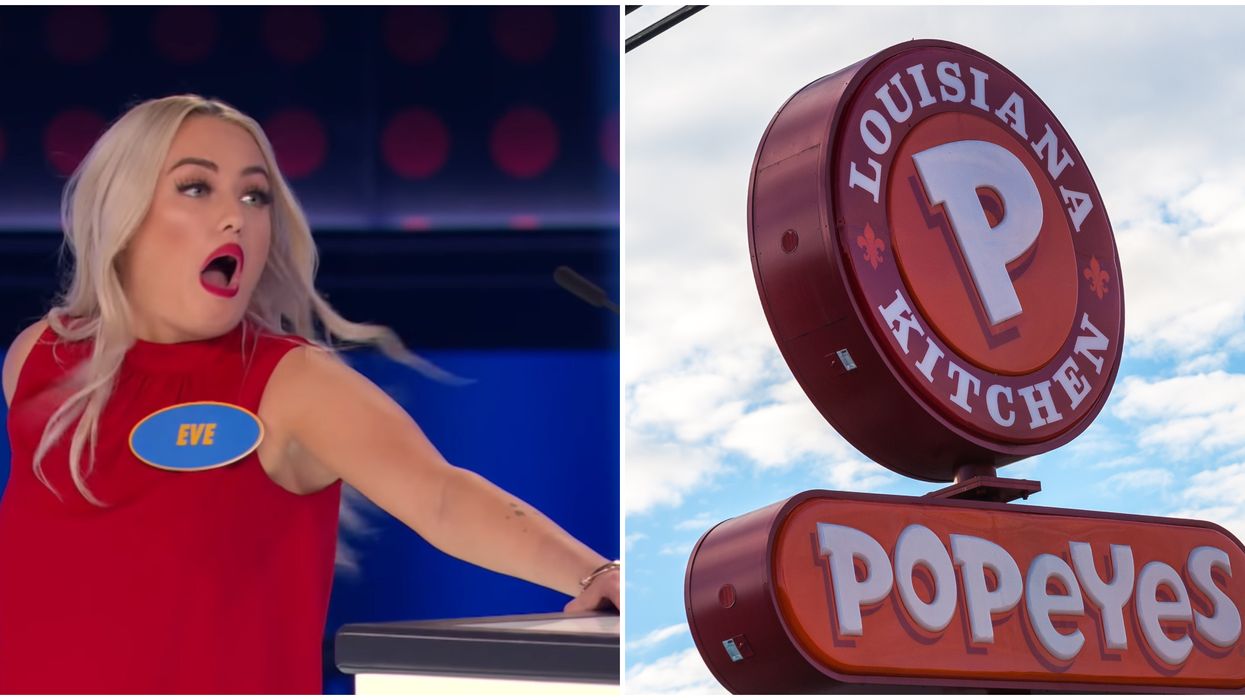 Have any of your embarrassing moments been turned into a viral video seen around the world resulting in an offer of thousands of dollars worth of food? Probably not. However, that's exactly what happened to one Canadian woman. Fortunately, that Family Feud chicken answer got the contestant $10,000 worth of Popeyes after the video went viral.

It's not often that a meme-worthy blunder on a game show gets you free chicken so if it does, you should definitely take it.

The Canadian game show contestant Eve Dubois, of Lorette, Manitoba, got an amazing offer from Popeyes after her questionable answer in a sudden death round went viral.

Her enthusiastic answer came after she heard the prompt "name Popeye's favourite food." She confused Popeye, the fictional cartoon character, with Popeyes, the fast-food chain.

Even though there were many laughs at her expense on the show and online after the episode aired, Dubois is the one laughing now. If you love chicken, this will make you so jealous.

The Canadian was offered $10,000 worth of Popeyes from the restaurant chain on Twitter and was told, "our survey says you got that right."

In the tweet, there's also a picture of a cheque with her winnings that has "winner winner chicken dinner" on the memo line.

As the original clip made the rounds on Twitter, it had people laughing at the answer the young Canadian gave.

After the video went viral, Family Feud Canada shared a behind-the-scenes look at the lead up to that sudden death question.

It turns out that Dubois and the other contestant went through a few questions before getting the Popeye one because none of their answers came up on the board.

The answers to "name something people dye" and "name something you might see in the sky on a clear night" will also make you laugh with responses like a gunshot and a helicopter.

Now Dubois can enjoy Popeyes' chicken and her viral fame.