He just can’t catch a break. 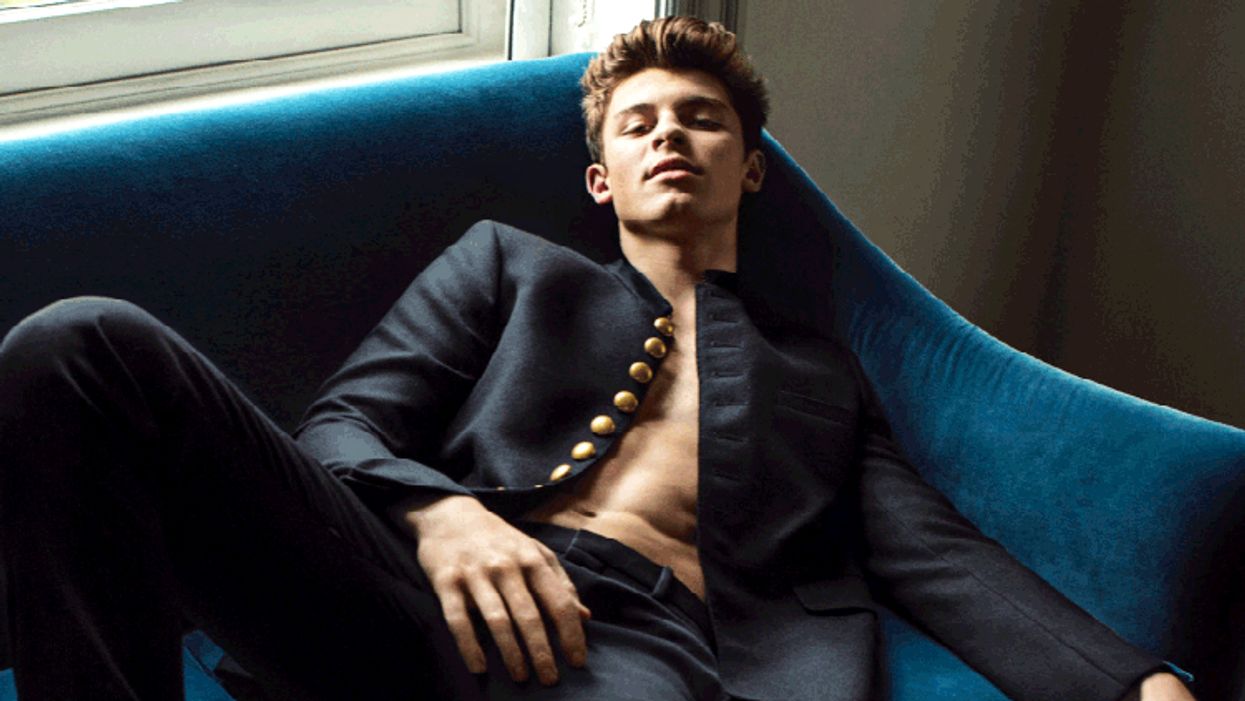 Shawn Mendes’ sexuality continues to be a hot topic of conversation, despite the fact that he has already identified as straight in a YouTube video he posted last year.

“First of all, I’m not gay. Second of all, it shouldn’t make a difference if I was or if I wasn’t; the focus should be on the music, not my sexuality,” declared Shawn.

And he’s right. People seem to be obsessed with trying to prove that he’s gay, with theories still circulating online on Twitter and Reddit. Their main evidences are videos and GIFs of interviews that show the “Mercy” singer’s apparently questionable mannerisms and tone of voice.

The most recent one to surface is a fan video of Shawn answering questions at a Q&A for his Illuminate Tour:

But when did those things become indicators of a person’s sexuality? Does saying “honey” and expressing oneself with one’s hands automatically make someone gay? Some people actually seem to think so:

Others aren’t so pleased with how people are interpreting the video. Many have come to Shawn’s defense, urging people to leave the singer alone. At the same time, some can’t help but admit that the comments make for some humour:

This isn’t the first time Shawn’s mannerisms and statements raised suspicions. People online are always quick to post GIFs that allegedly “out” him. Twitter seems to be the most savage of them all:

i didn't get why people said shawn mendes is gay until this gif.... that boy is gay pic.twitter.com/eg7xgBe5nP

This gif proves that Shawn mendes truly is gay. pic.twitter.com/SVk13PFPpE

This is my favourite gif of Shawn Mendes being really gay and not realising its being recorded pic.twitter.com/TkycRwVUe2

Ok CONFIRMED: Shawn Mendes is not only gay, but a bottom. https://t.co/02NmljVkyh

Shawn Mendes is a gay guy stuck in the closet pic.twitter.com/tzkHOcOTjF

My daily tweet asking: is Shawn Mendes gay yet or

My daily tweet asking: is Shawn Mendes gay yet or

I’m mad that people still assume Shawn Mendes is gay just bc he acts feminine, but at the same time I really want him to be gay so imma sit

idk who shawn mendes is but he’s gay

Lmao why do all the gays say Shawn Mendes is a gay power bottom? poor dude 💀😂

Shawn Mendes' voice is just the right amount of effeminate so that women find him sensitive and gay men find him corruptible.

Perhaps people are reading into this way too deeply… In an interview, Shawn Mendes said that he was “frustrated because in this day and age people have the audacity to write online that I'm gay as if it were a bad thing.” It’s definitely not a bad thing. People are just doing way too much.