The latest news in this whirlwind marriage. 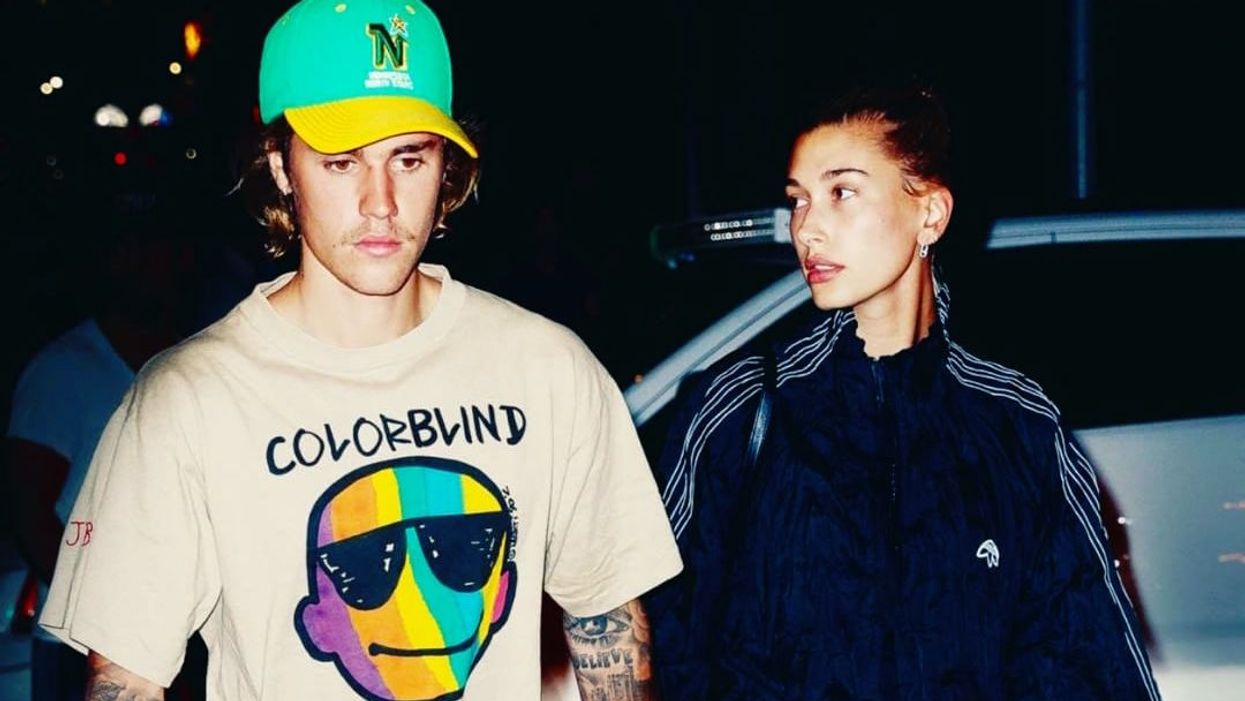 Justin Bieber has been making headlines all over the world with his surprise engagement and now his surprise courthouse wedding. It's all everyone has been talking about in entertainment gossip. In case you missed out on all the craziness that took place the past few days, the Canadian singer got legally hitched to 21-year-old model Hailey Baldwin on Thursday, September 13 after a two-month engagement and one month of dating in 2018. Long story short, the whole thing has been a whirlwind.

And now, the newlyweds are making a public appearance that is getting major attention. These two sure know how to get everyone excited and talking. Bieber and Baldwin were in London today, and the singer publicly serenaded the model to a crowd of fans.

Check out the video above to see him serenading her and Hailey filming it all (very relatable, we'd do the same). The singer showed his love for her today in front of a crowd with a public performance outside the Buckingham Palace in London. The newlyweds are in England this week for Baldwin's runway appearance with Adidas Originals in the Falcon Catwalk Show.

A witness who saw the couple in London confirmed their PDA and told E! News that "they were very affectionate, stopping on street corners to pull each other in close to kiss".

People on Twitter are absolutely freaking out about the singer's special appearance in London and his singing tribute to his new wife, Hailey Baldwin. Lucky bystanders posted videos of the singer busking and gushed about how sweet the whole encounter was, and others were so shook that they missed it. Check out some of the reactions below:

"that girl right there is the love of my life"EVERYONE NEEDS A JUSTIN BIEBER IN HIS LIFE pic.twitter.com/tM2lpA1rCs

"THAT GIRL RIGHT THERE IS THE LOVE OF MY LIFE EVERYONE"💜 💙 ❤️ @justinbieber @haileybaldwin pic.twitter.com/2zSr7bnEIN

justin bieber was just casually busking on the streets of london today, don't even speak to me, i'm SAD

Justin Bieber and Hailey walking in front of me in London best birthday present 😭😭 pic.twitter.com/0HU06wVIWl

i cant believe i’ve finally met J😭 been waiting so so long for this moment💙💙💙💙 @justinbieber pic.twitter.com/2LC8fv8UnN

Sep. 18. Justin Bieber playing and singing songs that the crowd was asking for. In London today. pic.twitter.com/P0khHnAgje

THE ONE TIME I’M NOT IN LONDON, JUSTIN BIEBER DECIDES JUST TO CASUALLY WALK ROUND SOUTH BANK. 🙄😂😂😂

But before we talk about how sweet and romantic the whole serenade was, let's take a walk down memory lane here. This isn't the first time the singer has publically serenaded his love. Justin Bieber did the same to Selena Gomez, two years ago. Looks like the Biebs has a few romantic tricks up his sleeve.

This serenade happened in November 2015 also made headlines and was in a public space, taking place in a hotel bar. Justin Bieber is famous for his voice, so it makes sense that he uses it to his romantic advantage.

Stay tuned for more news on the couple cause we're sure that Justin Bieber and Hailey Baldwin will be making headlines again soon.