Drake has recently been receiving hate for his interactions with underage girls. 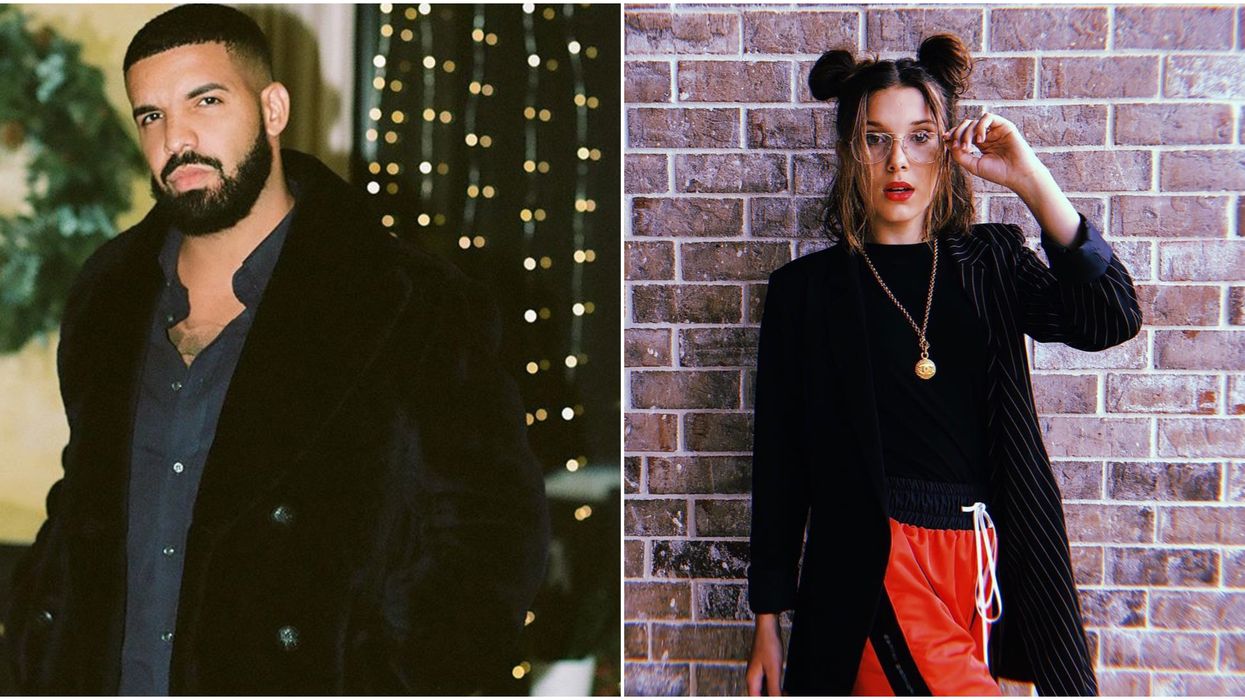 A lot has been going on in the celebrity world lately. If you haven't heard, Canadian rapper Drake has been under fire for his interactions with underage girls. People have also been talking about the popular Netflix series You, and just how creepy the main character Joe really is. Finally, to tie these two things together, fans are also saying that Drake's relationship with 14-year old actress Millie Bobbie Brown has gone too far, and we're here to tell you why.

Recently, Stranger Things star Millie Bobbie Brown took to her Instagram story to post a rant about how, after watching You on Netflix, she doesn't think that Joe's behaviour is creepy or inappropriate - he's simply in love. Now, we all might have said similar things about TV and movie characters when we were 14, but let's not forget that this is a character who stalks his crush endlessly, and even KILLS people who get in the way of their relationship.

Now, it's also no secret that Millie Bobbie Brown is pretty good friends with Drake, who is 17 years her senior. Some people are saying this is a harmless relationship, and that the two are just friends, but I don't remember having any 31-year old rapper friends when I was 14. In fact, I think my mom might have been VERY uncomfortable with that.

What others are saying, is that Drake's relationship with Millie actually explains why she's romanticizing Joe. By idolizing him, and his behaviour, Millie thinks that it's okay for men to treat women the way Joe does - it's not obsessive, it's just an expression of love.

Why Gillette's New Ad Is Pissing People Off

I mean, Drake is also grooming Millie Bobbie Brown and everyone is turning a blind eye to that, too. It's absolutely cringy and disgusting. I had similar messages to a man when I was 13 years old and I was terrified, but because Drake is famous y'all are ignoring it I'm ??? pic.twitter.com/qkqdOLdZ41

Have we failed Millie Bobbie Brown? I guess when Drakes been grooming you for however long, unhealthy behaviors can seem normal and wanted. Pls someone save her. (Also, how has drake still not been canceled tf)

i feel so bad for millie bobbie brown. she's being groomed by an entire industry full of predatory men, they style her so she looks like she's in her 20's and not 14 and people now are coming for her for not knowing how to identify predatory behaviour in a tv show?? i wonder why!

its so obvious he's grooming her... why 32 year old man taking 14 year old girl multiple dinners, texting "I miss you so much" gives her advice about boys,sending her gifts, she took drake to the golden globes netflix after party as her plus one thats how close they are... pic.twitter.com/vMblMDAbr3

We do have to remember that Millie is only 14, so she still has a lot of growing to do, and luckily she does have plenty of positive female role models in her life, so hopefully they step up and teach her that insane obsession DOES NOT equal love.