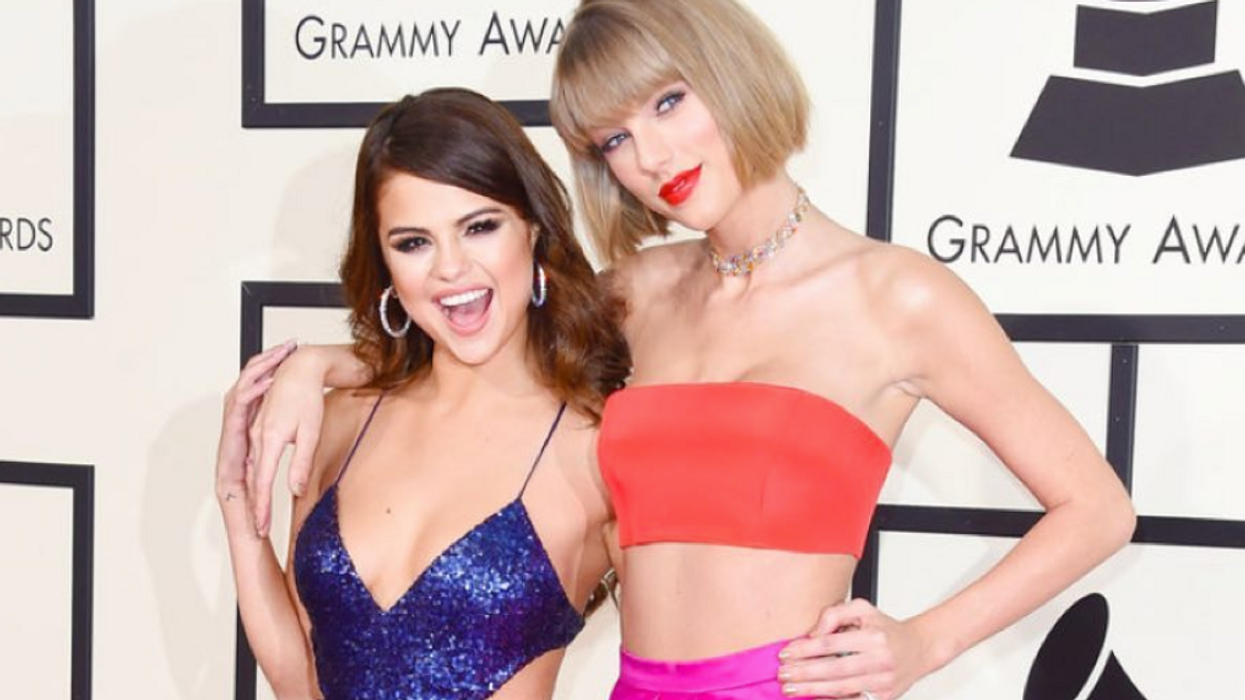 Long time BFFS Taylor and Selena have surprisingly never collaborated on an actual track before. Sure, Selena helped Taylor when she starred in the iconic Bad Blood music video - with half of Hollywood, no doubt - but the two have yet to make music together. Until now.

If you don't know, Taylor Swift's new album Reputation drops on November 10th. Which will surely send the world into a full-on frenzy.

Back in August, a big T-Swift fan account leaked that Selena and Taylor have a collaboration on the album and that it's the only track that features an artist other than Taylor. Which is pretty huge, if you ask me.

To make matters even more convincing? The CEO of Taylor's record label tweeted this behind the scenes video, tagging Taylor and Selena, even though Sel's not in the video?? Fans immediately flipped, asking the CEO to connect the dots, but we're pretty sure you're able to all on your own.

WHY IS SELENA TAGGED HERE

IS IT REALLY HAPPENING?? THE COLLABORATION IS HAPPENING???? SLAYYY pic.twitter.com/nnwFyS48P0

We'll just have to wait until November 10th to find out!