Elizabeth May has more Twitter followers than Scheer, Singh AND Bernier! 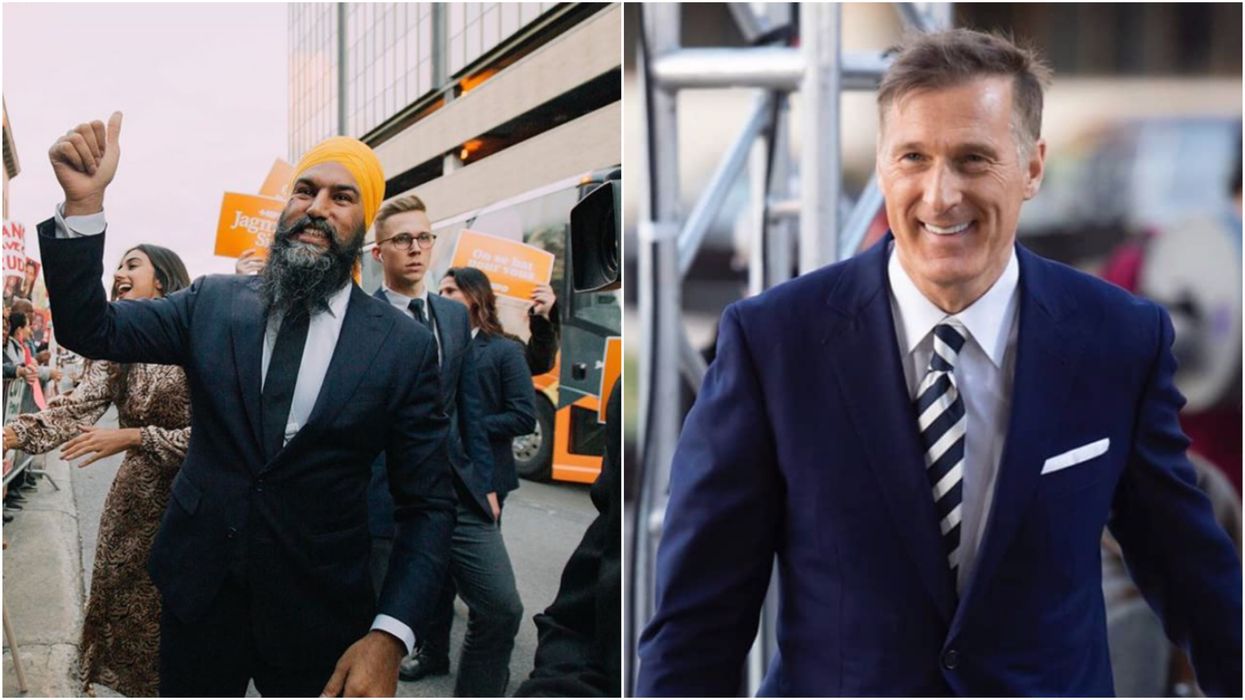 While the frontrunners for Prime Minister are currently Justin Trudeau and Andrew Scheer, they aren’t necessarily the most popular major party leaders on the internet. In fact, despite election polls suggesting the Conservative leader is inching ahead in the leadership race, he has one of the lowest Twitter followings of any of Canada’s major party leaders, including the Green Party leader, Elizabeth May.

Obviously, the party leaders’ social media following has absolutely no bearing on the results of the federal election, but it is still interesting to take a look at who is the most popular Canadian politician online.

Taking into consideration their Facebook, Twitter, and Instagram followers, this is who would come out on top if social media followers were equal to Canadian votes in the election.

While it is unsurprising that the Prime Minister of Canada would have the most social media followers, Justin Trudeau is really heads-above everyone else and is the only party leader to have followers way into the millions on all social platforms.

If an election was held based on social followers alone, Trudeau would win in a landslide!

Interestingly, it would be NDP leader Jagmeet Singh that would follow behind Justin Trudeau if an election was based on social media followers. Singh currently has 241,000 Facebook likes, 204,500 Twitter followers, and 353,000 followers on Instagram.

Singh has gained plenty of positive attention from Canadians recently, posting emotive content on Twitter, delivering hilarious one-liners at the federal leaders’ debates, and even DM’ing with Rihanna on Instagram.

With these kinds of credentials to his name, it’s hardly surprising that the NDP leader's social media following has sky-rocketed in recent weeks!

In comparison with Trudeau and Singh, and despite currently being among the actual front-runners to become Canada’s Prime Minister, Conservative leader Andrew Scheer has considerably less followers on all of his social media platforms.

Sometimes accused of being divisive and hypocritical on social media, Scheer’s Instagram takes the worst hit, with only 52,900 followers. Things pick up on his Twitter account, however, where he has as many as 187,000 followers, and 293,000 likes on Facebook.

Green Party leader Elizabeth May actually has more Twitter followers than Jagmeet Singh, Andrew Scheer and Maxime Bernier, with a whopping 329,200 followers at the time of writing.

However, her numbers take a drastic hit because she doesn’t actually have a personal Instagram account. While she has a considerable number of likes on her Facebook page (108,000), it isn’t enough to cover her for her Insta-losses.

If she’d had her own Instagram, she would have more-than-likely beaten Andrew Scheer to third place in the social media election, and maybe even caught up with Singh, too!

It’s hardly surprising that Maxime Bernier would come last in the social following election, as he is known to be one of the more controversial characters involved in the 2019 federal election.

While the PPC leader has been known to cause upset on Twitter, especially when he went after 16-year-old climate activist Greta Thunberg, he still has a considerable number of followers on the platform.

With 99,900 Twitter followers at the time of writing, 13,200 Instagram followers, and 75,000 Facebook likes, he has the smallest social following out of all of the major party leaders but is still reaching out to a great number of Canadians.

With the actual federal election now just mere days away, we will soon see how close to reality this social media election actually is!