Most people will have to wait a little while for warmer weather. 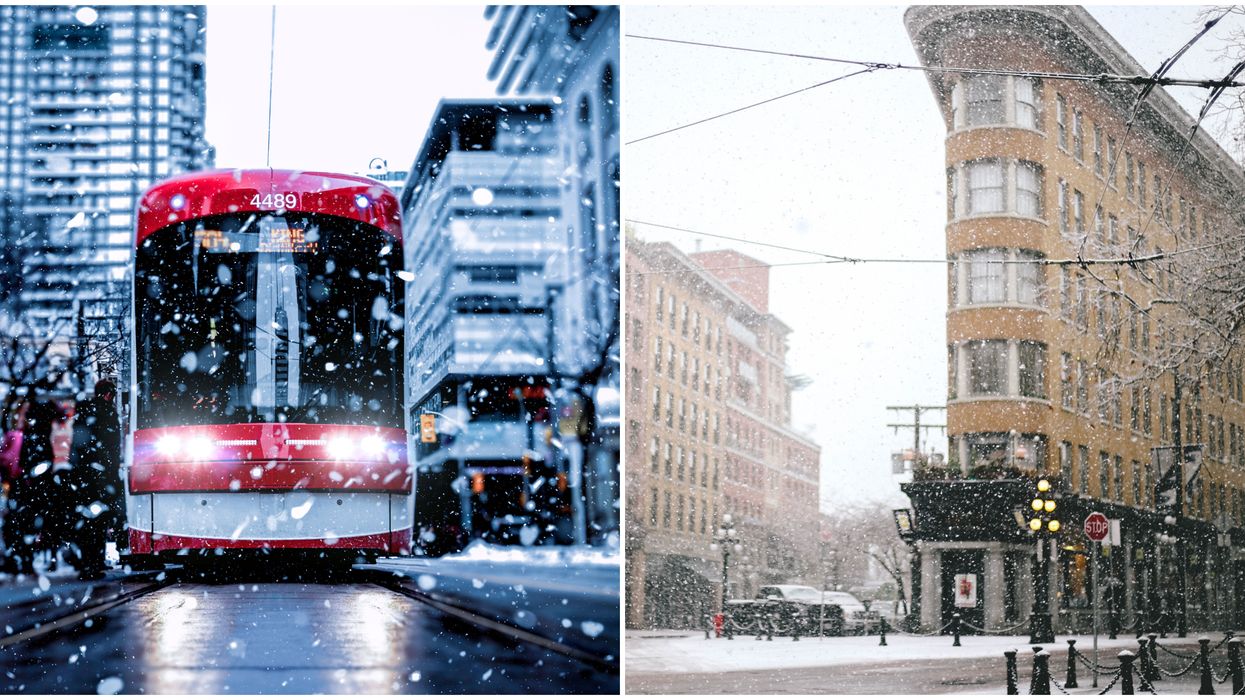 With the change in season comes a transition to rain and warmer weather. However, those changes don't happen as soon as we switch officially on our calendars, no matter how badly we want to ditch the snow and cold. The first day of spring in Canada could be snowy for most parts of the country.

The new season officially arrives in this country on March 19 with the spring equinox.

That means that the length of day and night is almost perfectly equal and the sunlight hours during the day start to increase.

So a weather transition is definitely underway but it might not feel like it at first. For those hoping to get warmer weather right away, most might be a little disappointed by the forecast.

The Old Farmer's Almanac has predicted what people from coast to coast to coast can expect when the season officially arrives using weather data from Environment Canada.

In most parts of the country, the week that the season changes is expected to include snow, snow showers and cold temperatures.

Here is the first day of spring forecast for seven regions in Canada.

From March 12 to March 20, periods of snow in Atlantic Canada are to be expected. However, it's supposed to be a bit mild so that snow could transition into periods of rain as well.

One of the coldest periods for the region is early March so once the first day of spring arrives, the worst of the freezing temperatures should be over.

In the southern parts of the province and into Ottawa, heavy rain will turn into snow and snow showers as cold air moves through from March 13 to March 19.

The entire month is expected to have lower than normal temperatures and slightly more precipitation than what's seen on average.

In southern Ontario, periods of snow and rain are expected in the east while it should be just snow in the west from March 15 to March 22. Both parts of the region are forecasted to be cold during the transition over to spring.

Early March is expected to be one of the snowiest periods so the first day of the season might not be too bad when it comes to snowfall.

From March 13 to March 28, the Prairies could see snowy periods and cold temperatures so don't put away the winter boots and jackets just yet.

April could also be cooler than normal in southern Manitoba, Saskatchewan and Alberta so there might be a delayed start to spring there.

In the Northwest Territories, the days leading up to the start spring and the actual day itself are forecasted to be cold. However, only flurries are expected so at least it's not a huge snowfall.

The Almanac also predicts that March could have temperatures above normal by 5 C.

For the southern region of B.C., it's forecasted to be cold from March 18 to March 22 with snow showers in the north while the sun shines in the south.

Both temperatures and precipitation are expected to be below normal during the month of March by 2 C and 20 millimetres.

March 15 to March 24 could bring snow showers to the Yukon along with seasonable temperatures. However, that doesn't mean it'll be warm. The average for March is -10 C.

Early parts of the month are expected to be one of the coldest periods before spring arrives.