Florida Gov. Says 'Predictions Have Been False' As He Pushes To Reopen The State

Florida has "flattened the curve." 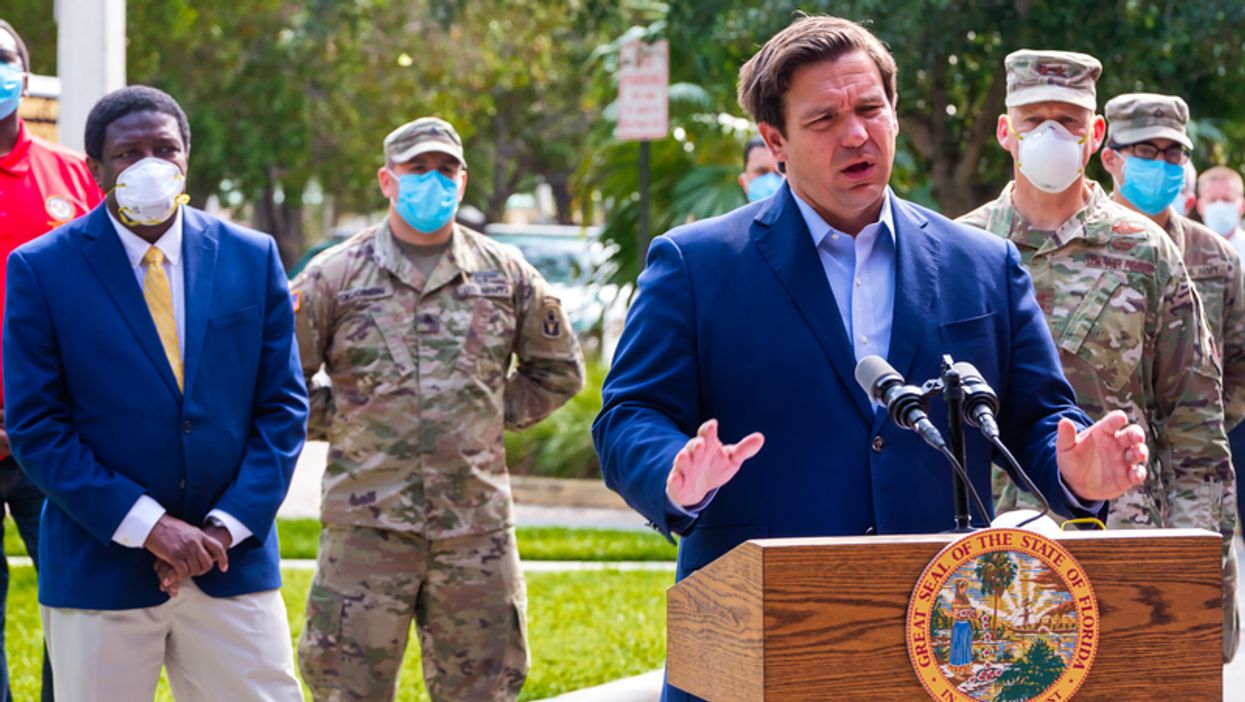 As some states across the country continue to buckle down with stay-at-home orders, Florida Governor Ron DeSantis aims to reopen the state. In a press conference Tuesday evening, the governor said Florida has "flattened the curve" despite earlier predictions. The Re-Open Florida Task Force is expected to decide the next steps for Florida's future on Friday.

According to the governor, the state has tested 1 in every 60 individuals and hired 100 epidemiologists to help support the Department of Health's "tireless" contact tracing. Also, field hospitals were set up to accommodate any overflow of patients.

“In fact, there was an article in March in the Miami Herald that said this week in April, Florida could see 465,000 people hospitalized throughout the State of Florida. The reality is slightly more than 2,000. Those predictions have been false, our work is succeeding, we have flattened the curve,” the governor said.

We are flattening the curve thanks to the hard work and sacrifice of so many Floridians from across the state. C… https://t.co/KlzTkKpw5l
— Ron DeSantis (@Ron DeSantis)1587416900.0

The press conference comes after reports showed an increase in the total of COVID-19 patients. As of today, there are 27,869 cases in Florida according to the Florida Department of Health.

Flattening the curve was necessary to prevent our hospital system from being overwhelmed. FL has dramatically incre… https://t.co/PPUouu8Qhe
— Ron DeSantis (@Ron DeSantis)1587503701.0

Counties across the state have been taking their cues from the governor. Broward County officials announced a possible "soft open" to help ease the county to normalcy, according to CBS Miami.

The people of Northeast Florida, with leaders like Mayor @lennycurry, have done a great job at flattening the curve… https://t.co/VuiVUFxowv
— Ron DeSantis (@Ron DeSantis)1587405835.0

The Re-Open Task Force, which includes restaurant owners, as well as Walt Disney World and Universal Orlando resort executives, are expected to make their recommendations to the governor on Friday.