The governor attributes it to another "big dump" of testing. 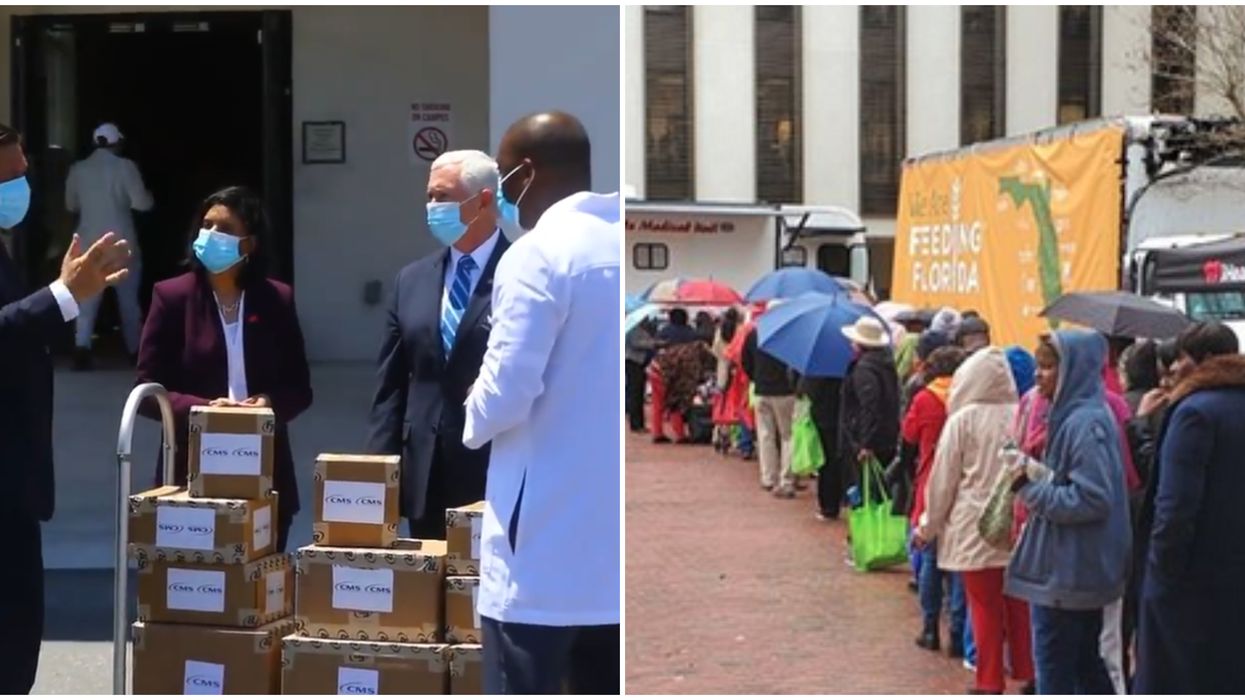 On Thursday, Florida COVID-19 cases experienced its highest jump in positive tests since mid-April. Health officials added 1,204 new cases onto its dashboard, bringing the total number of cases in the state to 48,675. Deaths contributed to the novel coronavirus reached 2,144, according to the state's department of health's tracker.

It was the most cases the state recorded in a single day since April 17.* However, when measured against testing, the numbers continue to trend in a positive direction. In over 50,000 Floridians tested for COVID-19, only 2.5% came back as positive.

Also, the positivity rate for "phase 1" results in counties that have reopened was also a low of 1.66%, according to a graph tweeted out by Governor Ron DeSantis. He blamed the dramatic spike as "another big dump" in testing results from private labs, which are doing 90% of the testing in Florida, which could take up to two weeks to get results, according to the Miami Herald.

Indeed, the huge spikes in weekend cases were attributed to three-week-old test results that were released from a private lab, DeSantis said on Monday. The testing delay has made it difficult for state officials to gauge how much COVID-19 is in the community.

The Florida Department of Health also reported that 1,357 cases are still pending, which some health experts are concerned could be an undercount because the state only lists pending cases from state labs, not the private ones.

Florida has conducted 777,669 COVID-19 tests so far, and the overall positive rate for the virus is at 6.14%. However, there are questions regarding Florida's testing data.

Last month, local health departments highlighted that the numbers the state recorded were lower than what local departments were reporting, hinting that the state was undercounting its data.

Those concerns only grew when the architect of the state's COVID-19 dashboard was suddenly fired on May 15.

Over the weekend, it was revealed that Florida's testing numbers didn't match up with the CDC analysis, which was later found to be caused by the CDC "Mixing" antibody test with the COVID-19 test results, according to WLRN.

Florida is currently in "phase 1" of reopening the state, which allows restaurants, retail, gyms, and other non-essential businesses to reopen under mitigation guidelines.