What did we just watch? 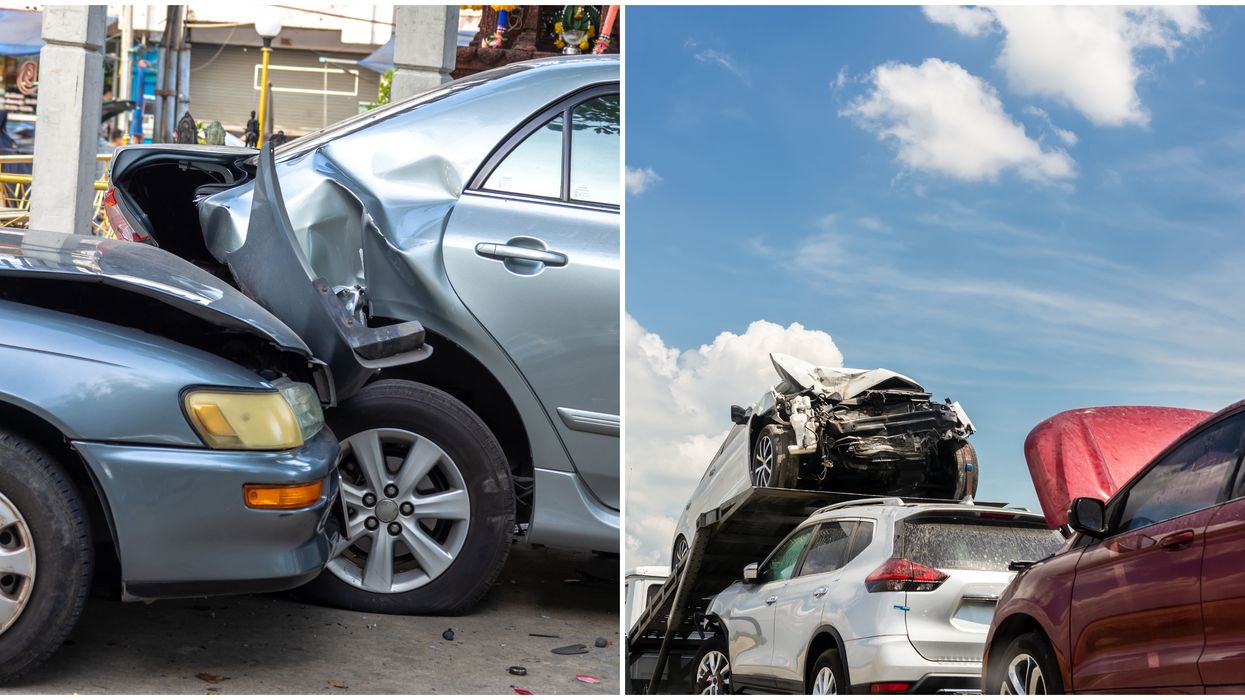 A quick search of "Florida Man" will send you to some of the craziest stories to come out of the Sunshine State. It's been a minute since a story has been both shocking and amusing in all the wrong ways. On Monday, a Florida man in Citrus County somehow got his car stuck on top of two parked vehicles in a bank parking lot.

In a video posted on Vimeo, a driver in a white Cadillac can be seen driving in reverse from the plaza into three lanes of ongoing traffic and continuing through the busy intersection until they jump a curb and get hoisted on top of the unexpected cars in the same plaza.

Citrus County Sheriff’s Office told Fox 35 that the male driver was reversing out of the SunTrust drive-thru and over a curb into the road before he "cut the wheel" and reversed back into the SunTrust parking lot.

The sheriff's office says that while no one was injured, an investigation as to what caused it is underway.

There are a few things we hope gets cleared up during their review into the incident.

1. Will this be immortalized on the Farmers Insurance Wall of Claims?

2. Were the drivers listening to "Jesus, Take the Wheel" before or after they got in the car?

4. How did they miss that first car? Seriously? How?

5. Why didn't they hit the brakes?

6. So the governor's safer-at-home order is still the best option?7. How many times did they watch "Fast & Furious"? And do they go drifting at night?

8. Did they learn those moves from Grand Theft Auto?

9. Did the damaged car owners switch to mobile banking after this?

10. What did they say to each other after they came to their final resting spot?

While we may never get an answer to any of these questions, we can't deny that Florida continues to be top-shelf entertainment when it comes to the bizarre.