Check this disaster map to see if your county is in the affected area! 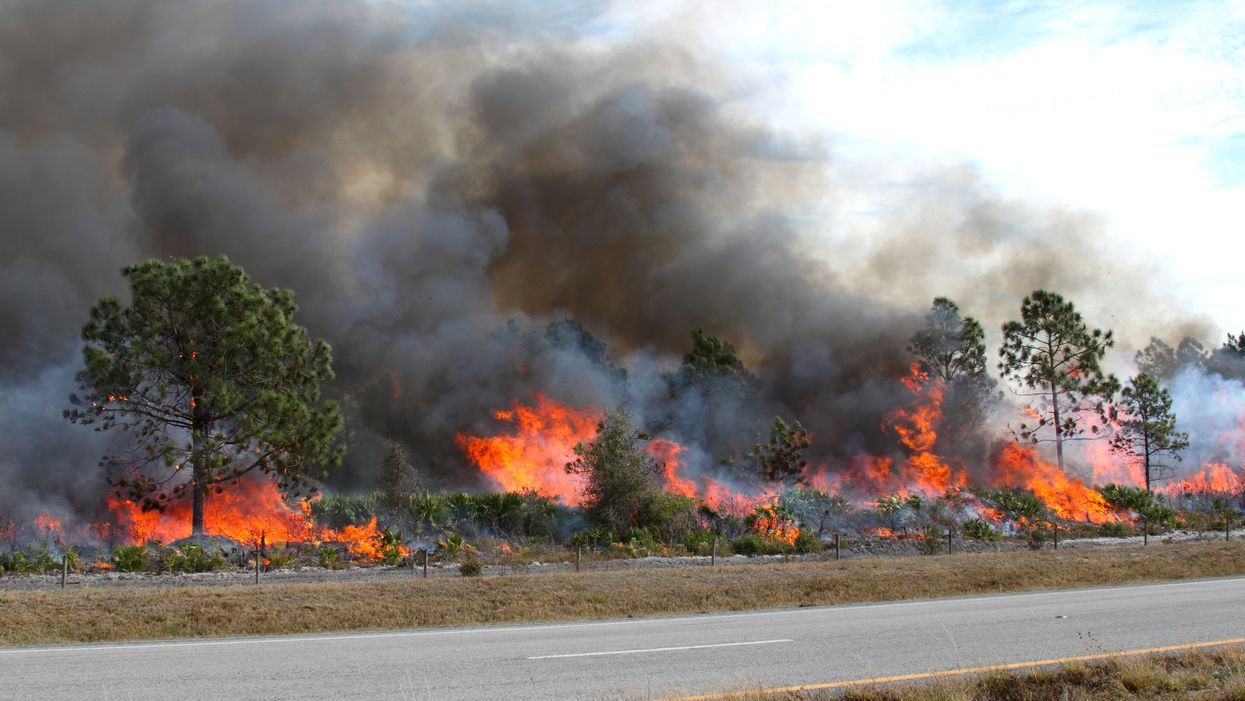 The Sunshine State is generally known for its humidity and ocean spray, but Florida weather isn't immune to Earth's wild fluctuations. The Florida Division of Emergency Management Meteorology released details regarding wildfire threats this morning as temperatures rise. A developing drought in the state has caused multiple fires to break out, burning across Florida's lush landscape.

Due to breezy winds, above-normal temperatures, and drought conditions continuing to develop, a moderate wildfire threat has been put in place statewide.

Typical temps for March in central Florida range between 53.6°F and 77°F, but current temperatures are soaring to the mid-80s to low 90s, with heat indexes for the area also rising to the mid-90s.

Dry conditions and 10 to 25 mile per hour winds create the perfect storm for wildfires to break out.

Currently, the Division's disaster map, which updates every few moments, shows 39 active wildfires sweeping across the state; this is down from the 51 fires that were recorded as of 9 a.m. on Wednesday, March 25, 2020.

County burn bans have been put in effect for Duval, Orange, Hillsborough, Pinellas, Alachua, and Manatee Counties. Sarasota County also has a burn ban, which is effective year-round.

As of publication, these fires are actively burning 1,688.7 acres of land statewide. Brevard County has seen the most acreage go up in flames, at a total of 570. Okaloosa County is close behind them at 530 acres affected by the blazes.

The next highest affected area comes in at 154 acres in Polk County. Other regions in the state have seen far less fire burn their bushes.

Despite statewide wildfires, 87.2% of them have been 100% contained in their respective regions.

This weather is not only causing wildfire to catch blaze. Current wind conditions feeding the fires are also affecting beaches in the Panhandle whipping up rip currents at two to 3 feet high.

Volusia and Martin County beaches on the Atlantic also have a moderate rip current risk due to wind and waves. All other beaches are listed as low risk as of today.

With multiple beach, gym, and restaurant closures already in effect surrounding Coronavirus spread concerns, practicing your social distancing by avoiding the sandy shores and staying home, for now, is advised for public safety.