Maybe we should stay inside more. 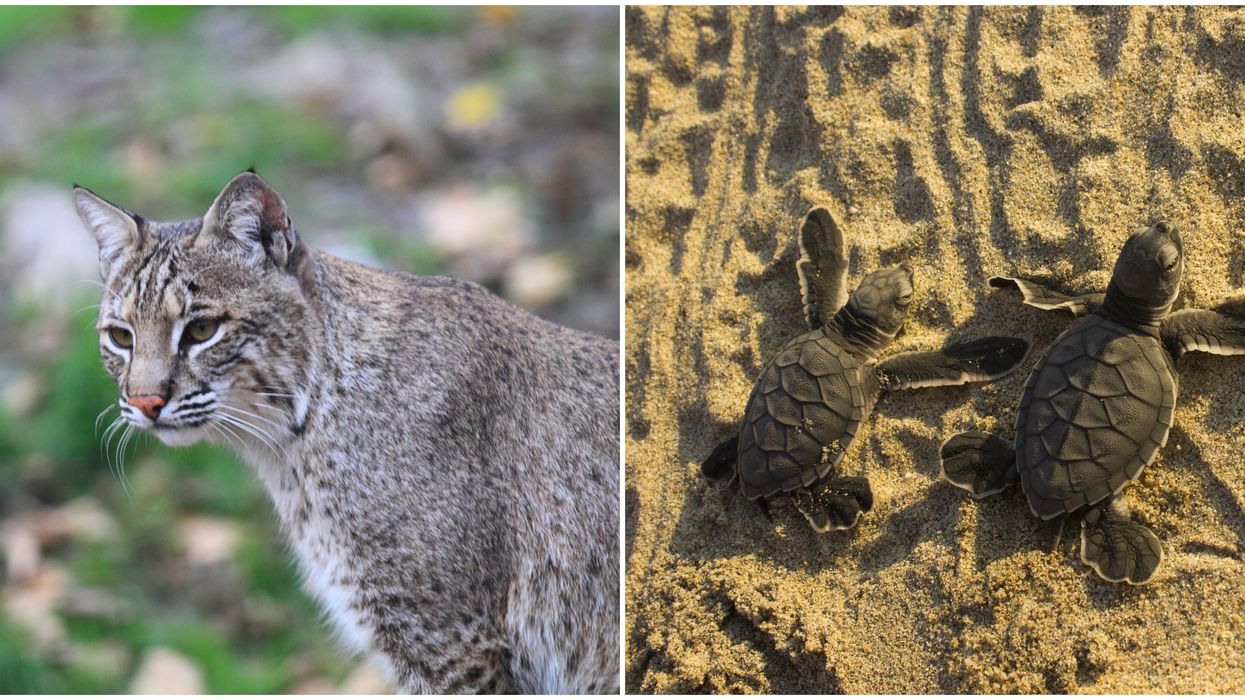 This might just be the kind of comeback we needed. As the state follows Gov. Ron DeSantis' stay-at-home order, it seems like Florida's wildlife got a different memo. Florida marine creatures have taken the opportunity to reclaim what was once theirs, and they're thriving.

It's no surprise that with fewer humans taking to the streets and whisking themselves away to the waters throughout the country that the animal kingdom would come out to play.

While some viral stories of animal invasions turned out to be fake, Florida's wildlife appears to be flourishing without human interference.

People in the Sunshine State have been capturing sightings of sea turtles, manatees, and even some endangered species on video as they venture throughout the state's shimmering waterways, sharing their wildlife moments on social media.

With beaches being temporarily empty for a change, some wildlife experts hope that this will allow sea turtle's nesting season to go smoothly since there will be "fewer disturbances" to their nests.

"It'll be an interesting season, so we are looking forward to seeing what are the differences this year," Caroline Stahala, a shorebird program manager with Audubon Florida told Pensacola News Journal.

Fewer people on the beaches could be good news for sea turtles. These loggerhead hatchlings are emerging from their… https://t.co/ycBLXVbbsw
— Center for Bio Div (@Center for Bio Div)1586697691.0

Miami Waterkeeper, a nonprofit advocacy group, shared a video of two small tooth sawfishes linking up. Despite their name, these endangered creatures have 10 to 12 rows of teeth in their jaws.

Can you name this very special endangered species? Here's a hint: it is actually is a type of ray! This particular… https://t.co/i8B59zhSTt
— Miami Waterkeeper (@Miami Waterkeeper)1586268131.0

Some of the most notable spottings have been manatees.

According to Save the Manatee Club's website, spring is their most active season, meaning sea cows are more likely to leave "their warm-water winter refuges" for canals, rivers, and other waterways.

One Twitter user, Micah Gill recorded a herd of about 17 manatees in South Florida back in late March.

"This is crazy! Also, can I point out, how clear is this water? Wow," Gill says in the video.

Another Florida resident, Ellen Straub, caught a manatee and their friends casually munching on her grass while an alligator swam in the background a week ago. Shortly after posting it on Tik Tok, she found a dolphin frolicking in the exact same body of water.

Marine creatures aren't the only sightings.

Youtuber Jungle Jay Adventures posted on Instagram how he was just feet away from a wild bobcat before it scurried away.

"I sat my camera down for some reason 15 feet from where I decided to sit down for a minute when I heard a soft crunch of leaves over my left shoulder. I turned my head and within 65 feet a beautiful and large bobcat stood on a log looking at me," he writes in the post.

While we won't know when these sightings will come to an end, we can't help but cheer these creatures on. Six feet away of course.