8 Incredible Foods You Didn't Know Were Invented In Ontario

Someone give Ontario a medal 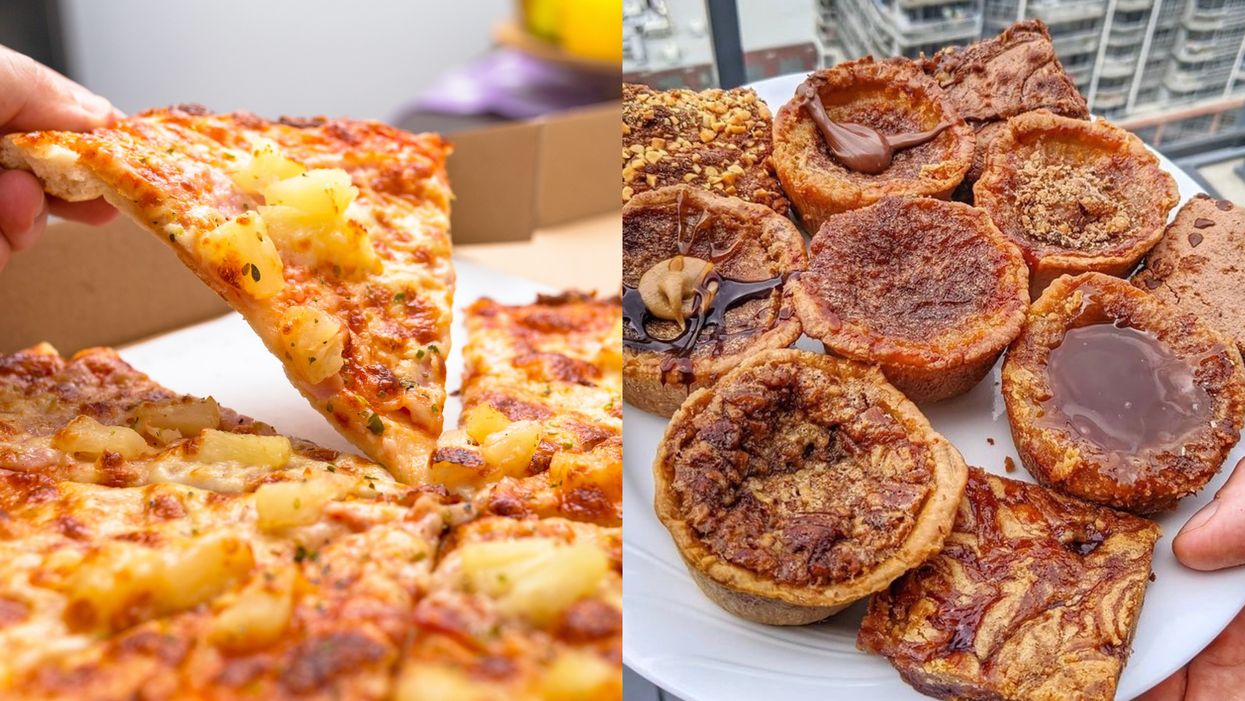 Ontario is to home to many amazing things, like the CN Tower and Niagara Falls, but did you know it's also the birthplace of some iconic grub?

Let your provincial pride shine, because food invented in Ontario has become a national and international success.

You can thank Ontario for some staple Canadian treats, such as butter tarts and BeaverTails.

It's also thanks to Ontario that the world-wide pineapple-on-pizza debate exists, since Hawaiian pizza was actually created right here in the province.

If you're looking for more reasons to love where you live, take a look at some of these famous foods that originated in Ontario.

Editor's Choice: 'Croffles' Are The Newest Food In Toronto & They're A Carb-Lover's Heaven

About: The butter tart is a staple in Canadian cuisine, but did you know that it has roots in Ontario? The earliest known butter tart recipe was published in Ontario's The Women's Auxiliary of the Royal Victoria Hospital Cookbook in 1900, according to CBC. However, The Canadian Encyclopedia speculates that the origins could be older, and could have actually started in 17th century Quebec.

Where: Thunder Bay, ON

About: You can only try this legendary dessert by visiting Thunder Bay. The Persian is a sort of cinnamon bun topped with secret pink icing that was first created in the mid-1940s, according to TVO.

About: Here's a shocker. The ongoing pineapple-on-pizza debate is all thanks to Ontario's Sam Panopoulos. He claims he came up with the concept in 1962 as a way to attract customers to his venue, Satellite Restaurant, according to Time.

About: What would the confection world be without Crispy Crunch? This popular chocolate bar is all thanks to Toronto's Harold Oswin, who worked at The Cadbury Adams chocolate factory. According to CBC, Oswin invented the bar for an employee contest in 1930.

About: According to The Canadian Encyclopedia, the original apple tree was discovered by John McIntosh in an overgrown orchard in 1811.

About: This iconic Canadian soda began as Pale Ginger Ale in 1904. Founder John J. McLaughlin, who owned a sparkling water plant, noticed the popularity of syrupy ginger ales and worked to invent a lighter version.

About: According to an article by TVO, classic Canadian peameal bacon originated in Toronto, when William Davies set up a pork-packing enterprise during the 1850s. Davies is known as the first to use cornmeal as a way of preserving the meat. The sandwich was popularized by the Carousel Bakery, and you can get your hands on one of these famed Toronto dishes at the St. Lawrence Market.

About: Another iconic Canadian treat, the first BeaverTails were served by Pam and Grant Hooker at the Killaloe Fair in 1978.

From Your Site Articles
Eat and Drink Canada
Discover Narcity
Get the latest and greatest stories every day in your inbox.