Ford is getting called out for not doing more for military families. 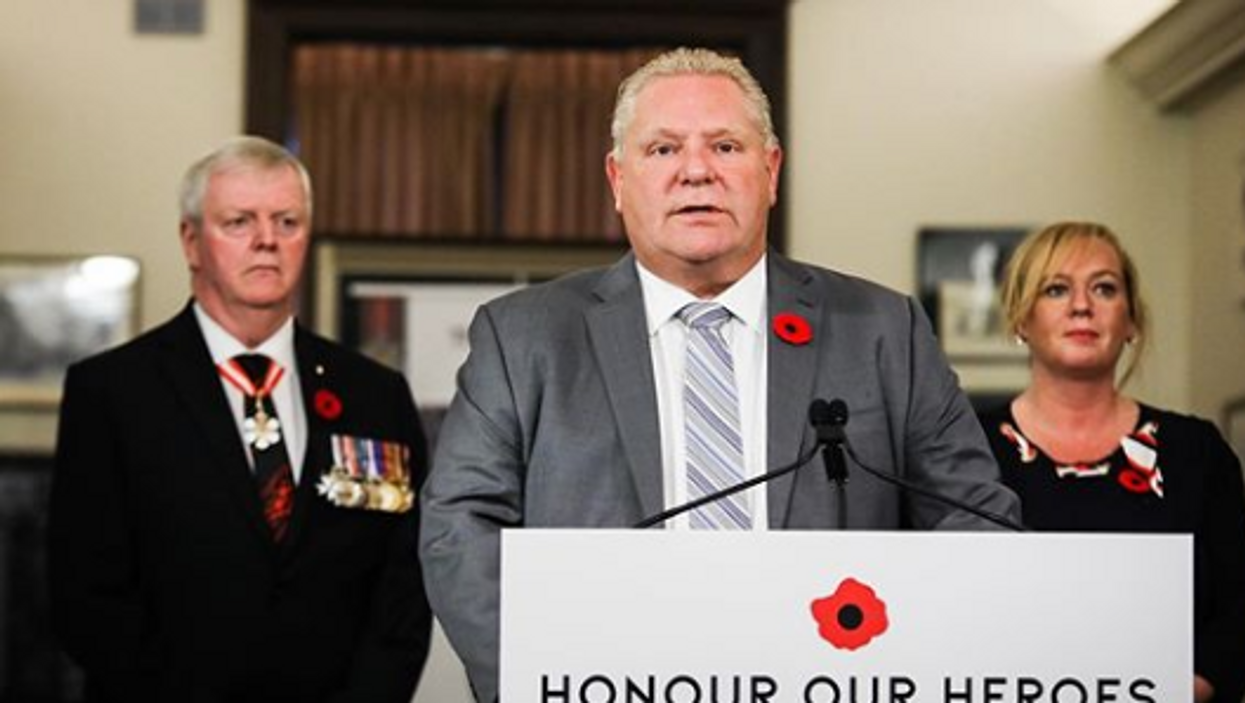 All across Canada, residents are wearing poppies and taking time to remember those who gave their lives to keep our country free. Remembrance Day is typically not a divisive event. However, Doug Ford's Remembrance Day remarks found him engulfed in his own share of backlash after he announced his government would support Canadian military families by improving its dedicated phone line. Many on Twitter have taken this opportunity to call out Ford and the Ontario government for not doing more for military families.

“Last year, we asked Canadian Forces members how we could better support them and their families when they move to Ontario. We listened, and because of their feedback, we’ve improved our dedicated phone line and created better online resources,” Ford tweeted out over the weekend.

The announcement of the upgraded phone service was not well received by many Ontarians, who viewed the effort as insufficient and disrespectful.

“What improvements exactly, better music on hold while they wait patiently to be ignored?” wrote one critical user.

“Is there anyone at the end of this phone line?” questioned another.

The exact specifics of the new and improved phone lines are still sparse. However, Ford’s government did release a statement describing it.

“We are making it easier for Canadian Forces members and their families to get the government services and information they need when moving to Ontario."

"Members of the Canadian Armed Forces are transferred three times more often throughout their careers than non-military Canadians, which can put added stress on them and their families,” a statement on the Ontario government’s website reads about the new service.

Ford will be at Queen’s Park today at 10:45 a.m. to attend Toronto’s annual Remembrance Day ceremony.

The premier invited his fellow Ontarians to join him at the event on Twitter earlier this morning.

“Today, [...] I encourage all Ontarians to reflect on the bravery of our Canadian heroes, past and present, and the sacrifices they have made in the name of our peace and safety,” Ford wrote.

It seems that Ford isn't the only person receiving backlash this Remembrance Day. Between the rainbow poppies controversy and Don Cherry’s anti-immigration comments on Coach's Corner, it has been nothing short of a heated lead-up to what is supposed to be a day of mourning for our fallen heroes.