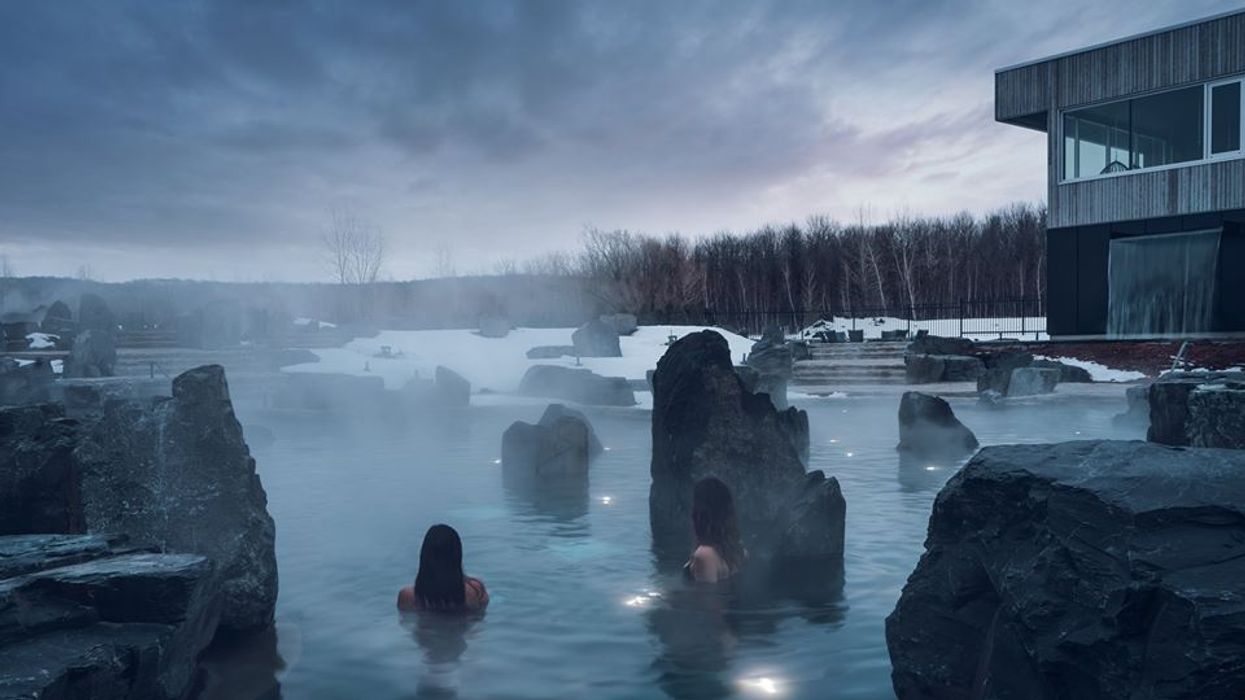 We've been waiting since 2016 for this massive new spa in Saint-Bruno on the South Shore of Montreal and the wait is finally over. Förena Cité thermale originally planned to open last December, but its opening was delayed until the end of January 2020. Now, we're finally seeing photos and they're breathtaking.

The multi-million dollar project promises to be the largest of its kind in Canada when it's officially completed.

Not much has been revealed about this Nordic spa, other than it would provide a unique experience unlike any other.

The SKYSPA Group behind the project had previously only revealed a few photos of what it was planned to look like.

Now, just days before their official opening, the first images of the long-awaited spa are out and they're going to make you want to plan a trip to Montreal ASAP to check it out.

In addition to the photos released on their social media by the company, Narcity also managed to get ahold of even more images.

Trust us, these photos are faithfully showing what we anticipated in the original plans and they're impressive.

The spa city is inspired by thermal spa traditions from around the world. There are Icelandic pools, German Aufguss saunas, and Russian steam baths.

The photos on their Facebook page show a stunning Scandinavian-inspired building and massive steaming pools surrounded by black rocks.

If you've never been to a Nordic spa before, they're more relaxing than you could possibly imagine.

Cycles of hot, cold, and rest make you really bliss out.

You sit in a sauna or hot pool for about 10 to 15 minutes, then plunge into cold water for about 15 seconds, and finally, relax until it's time to start the cycle again.

You can get 50% off your visit from opening until Saturday, February 2. Discounts are applied on-site only when you purchase your entry for the thermal experience.

Why You Need To Go: To experience a unique way of relaxing inspired by three different cultures and to discover the newest spa to open near Montreal.

TRENDING NOW: You Can Have A Full Day Of Games, Food & Drinks At This Spot In Ottawa (VIDEO)