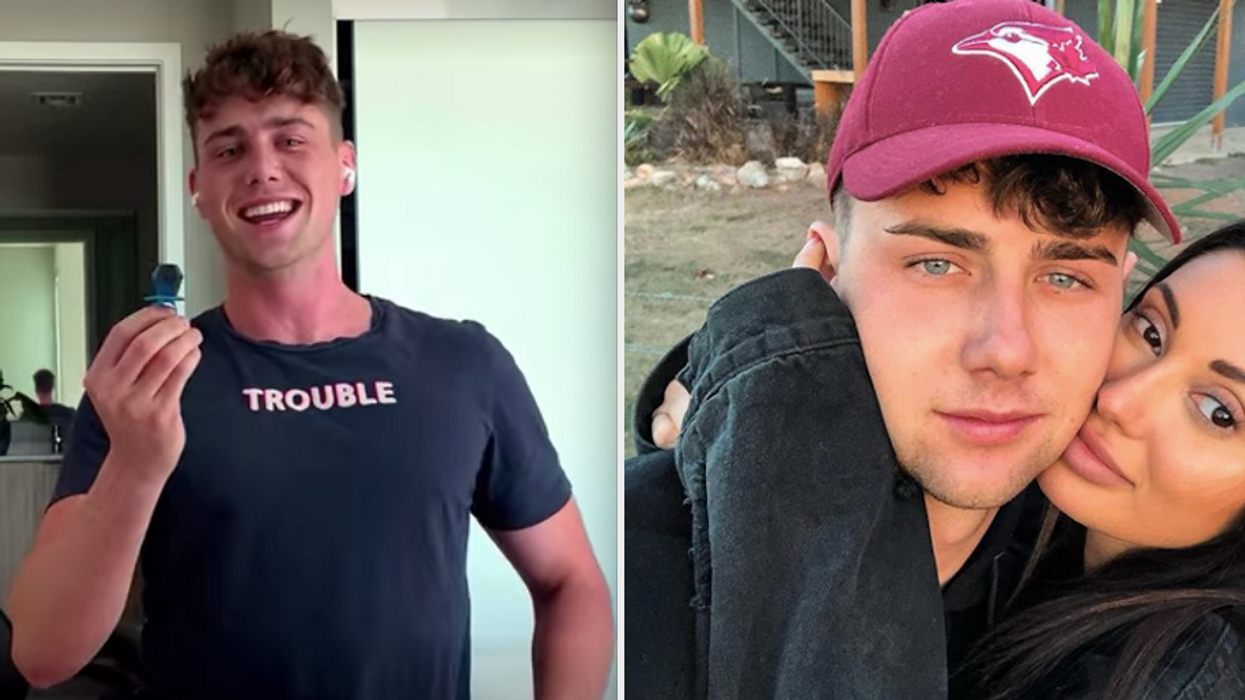 He put a ring on it! Steamy lovers Francesca Farago and Harry Jowsey got engaged during the Too Hot To Handle virtual reunion episode. The couple shared that they went through a brief break-up but now want to spend the rest of their lives together.

Out of every pairing on the show, only one made it through when the cameras turned off.

Ottawa born Francesca Farago and Australian Harry Jowsey quickly fell for each other on the show when production took place in April 2019.

Over a year later, the two are still together with wedding bells in their future.

During the bonus episode titled Extra Hot: The Reunion, host Desiree Burch virtually chatted with the couple who are currently social distancing in different countries.

Farago is in her Vancouver home, while her S/O is in LA where he splits time living in between his home in Australia.

Earlier this week, photos for the reunion episode teased that Jowsey popped the big question to his girlfriend while they were chatting over Zoom.

Farago chimed in saying, "I think it needs to be done in person."

However, an excited Jowsey continued, "Can you do it over Zoom?... Well, we may as well. Francesca, I'm on one knee. I've got you a Ring Pop. Will you...I don't know how to do it. Oof, I'm shaky. I should have rehearsed this. I just want to say you've absolutely changed my life. I love you so much and I can't wait to spend forever with you. Do you wanna do this thing? Do you wanna get married?"

A laughing and smiling Farago replied, "Harry knows I wanna marry him so yes. Of course."

Burch couldn't contain her excitement, claiming that she was totally loving the moment.

The couple shared that as soon as the dating series ended production, Jowsey visited Farago in Vancouver. He also met her family and the two got matching lightning bolt tattoos on their pointer fingers.

Shortly after, Farago visited him in Australia, but there they decided to take a break from their relationship since they claim they weren't seeing eye to eye on things.

It took eight months before a drunk Jowsey FaceTimed his ex and they were "back and better than ever before."

Farago explained, "I knew right when we broke up that we were going to get back together, I just knew that we needed some time apart. Every time we fight we get stronger and stronger."

Now, the couple is social distancing thousands of miles away but don't let that stop them from keeping the sparks alive.

The plant-based model followed the new episode by posting snaps of her and Jowsey together, with the Australian hottie sporting a Toronto Blue Jays baseball cap.

You can catch Farago, Jowsey, and the rest of the Too Hot To Handle bunch in the reunion episode streaming on Netflix now.