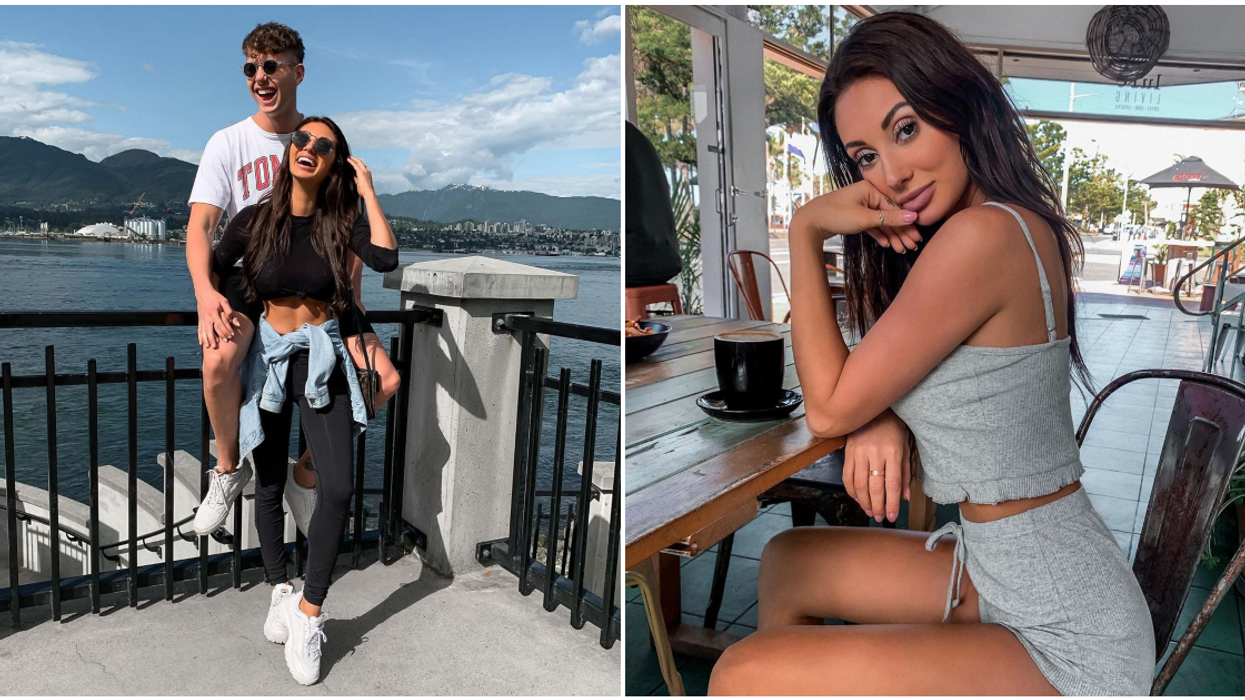 Say it isn't so! Francesca Farago and Harry Jowsey's engagement on the Too Hot To Handle reunion episode got fans excited when they saw the couple take their relationship to the next level. However, the Canadian babe recently clarified that she wants an in-person proposal and a Zoom call engagement using a Ring Pop won't cut it for her.

Due to current social distancing circumstances, it was conducted entirely over Zoom calls with the show's regular narrator, Desiree Burch, as host.

All 10 contestants were interviewed by Burch about their post-retreat life and what they learned during the tropical vacation that was filmed in 2019.

In typical Too Hot To Handle fashion, the showstopper was the one couple who made it out of the reality series together.

Farago and Jowsey recently shared that they are still together a year after meeting, and took things to the next level during the reunion episode.

Getting on one knee in his bedroom, Jowsey popped the question to his girlfriend using none other than a blue raspberry flavoured Ring Pop.

A shocked and ecstatic Burch and over the moon Jowsey had fans convinced that the virtual proposal was totally real. However, according to Ottawa born Farago, it wasn't.

In a recent interview with Variety, she told them that afterwards, she asked her S/O if they were actually engaged to which he responded, "I asked you to marry me, so I don’t know."

"I think it definitely just needs to be done in-person, like a proper proposal," Farago said to Variety. "So, as of right now, no, we’re not engaged, for everyone who’s been asking."

"I mean, we kind of are, but I don’t know because how do you really decide that via Zoom call? It’s hard to say. But we talked about it. We had a shared folder about wedding rings, and he kept saying, ‘What ring do you want?’ And I just said, ‘Oh, just get me a Ring Pop,’ so that’s what I said…it was funny, it was cute, I was definitely not prepared for it. It was a cute gesture."

The couple, who are currently quarantining separately with Jowsey in LA and Farago in BC, do still have marriage ideas brewing.

During the reunion episode, Jowsey shared that his girlfriend has been looking at moving to LA, where he splits his time when he's not in his hometown of Australia.

The two also shared that immediately after production ended, they visited each other's hometowns and met their families.

But after a trip to Australia, the two took an eight-month break that was revived after Jowsey drunkenly FaceTimed his ex.

That same video chat service is what's keeping their relationship alive while they spend months apart.

It looks like when they do finally reunite, Jowsey will have a chance to redo his proposal.