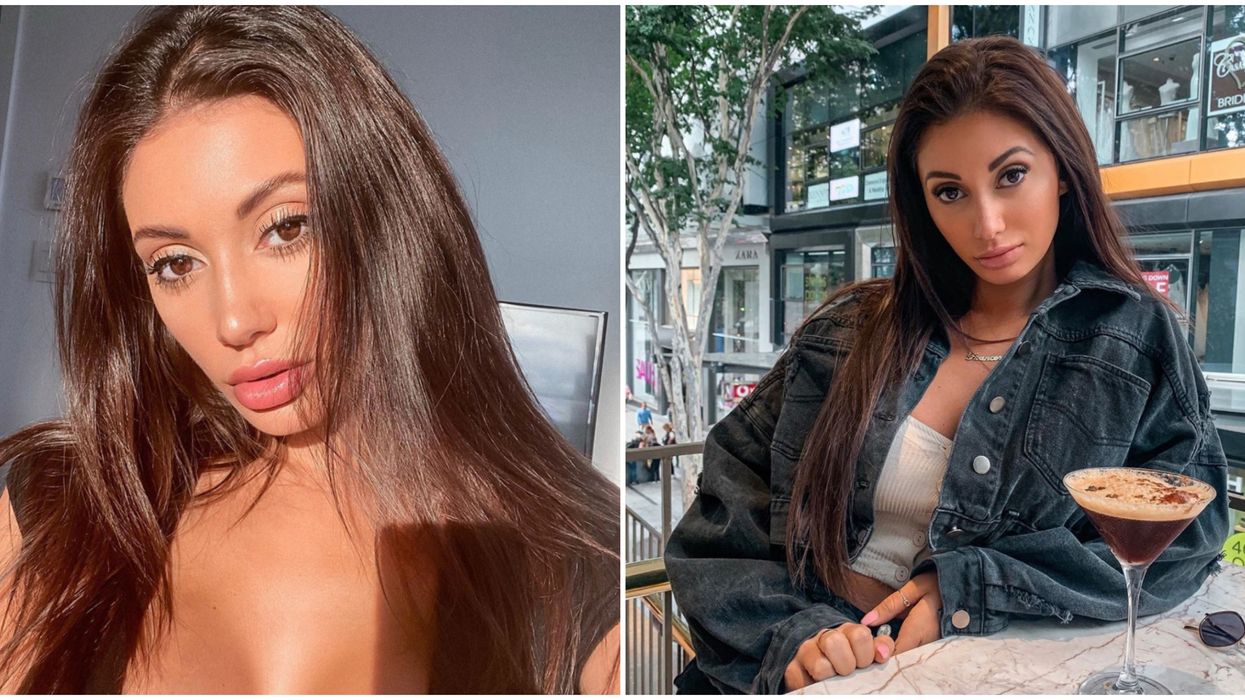 Adjusting to overnight fame isn’t easy, but if anyone out there has done a killer job at it, it’s Francesca Farago from Too Hot to Handle. The 26-year-old competed on Netflix’s latest reality dating series back in 2019 and left not only a little bit richer but also with a newfound perspective on love.

In an exclusive interview with Narcity, Farago opened up about her life in Canada, the ups and downs of filming the Netflix original series, and what the reaction has been like since Too Hot to Handle premiered on April 17.

Although the model splits her time between North America’s west coast in the cities of Vancouver and Los Angeles, she was actually born and raised in Ottawa, Ontario.

“Right when I turned 18 I decided that they were being too strict for me and I wanted to break free a little, so I decided to move out. I started going to Carleton University when I was 17, and I moved out during my first year.”

Although she craved freedom from an early age, the reality star also shared that she still has a great relationship with her parents and that she “couldn’t be more grateful” for her family.

Speaking of freedom, it was a huge topic on Too Hot to Handle, especially in regards to the contestants expressing themselves sexually. When it was revealed by the show’s digital host, Lana, that hookups would result in financial penalties, Farago was less than impressed.

“When the rules dropped and we found out that it was more about making deeper connections and going on an emotional journey I was like, ‘What? I did not come here to learn about myself.’”

Eventually, Farago realized that being at the retreat was a once in a lifetime experience, and she decided to trust in the Too Hot to Handle process and give celibacy an honest shot. Despite this, she and co-star Harry Jowsey still managed to lose the cast a pretty penny during filming thanks to their sexual exploits.

A year after filming went down, Farago and Jowsey are still in a committed relationship, and even recently started a YouTube channel where they’ll be chronicling their time together for fans. In her interview, the Canadian explained that she doesn’t regret bending the rules with her now-boyfriend.

“I don’t regret having sex with Harry because that was a pivotal moment in our relationship,” she said. However, Farago did admit that the scene where she and Jowsey lost $6,000 for their late-night shenanigans, “didn’t need to happen.”

"Obviously it was a very magical moment for us but I was also like ‘Francesca! Keep it in your pants, why’d you have to do that?’" she shared.

Of the 14 contestants that made it on the show, Farago was the only Canadian. The model revealed that she loved having the chance to represent our country, although some of her co-stars didn’t seem to get the memo about our stereotypes.

“Usually Canadians have a reputation for being nice, but I don’t think that anyone from the U.K. has heard that because it was assumed right off the bat that I was the mean one,” the 26-year-old said.

“I liked being the only Canadian because it was nice to hear all the accents. I didn’t understand what they were saying half of the time, like Kori’s accent is so thick and he talks so fast. They have these weird slang words that were very confusing.”

Since the show was released nearly two weeks ago, the cast members have had a chance to watch it back and relive the experience of a lifetime on their TV screens. Unfortunately for Farago and her Australian beau, they’re currently living in two different countries, so they had to watch without one another.

Despite the fact that all the contestants were on the same island, there was a lot that Farago was surprised to see while watching.

“There was a lot of stuff that happened that I was surprised to see, like other relationships forming that I wasn’t involved in like Rhonda and David, or Rhonda and Sharron. I thought that those were really cute and I was shocked to see how invested they were in each other, I really didn’t know.”

In the past two weeks, Farago’s Instagram follower count has skyrocketed from around 300,000 to upwards of 3 million. Putting yourself out there on reality TV always comes with a risk, but the Vancouver-based influencer said that the love has been “overwhelming.”

“It’s great to see all these fan accounts making collages of Harry and me, and it’s amazing to watch our best scenes together back. I haven’t really been looking at Twitter or Facebook because I find that’s where you get the negative energy, so I’ve just been focusing on the positive and trying to be as real as I can.”

If you’re looking for other ways to support Farago besides following her on social media, you can pre-order her brand new sustainable, eco-friendly, vegan swimwear line called Farago the label.

The entire first season of Too Hot to Handle is currently available for streaming on Netflix. You can check out the show’s steamy trailer below.

Money was ranked as the top stressor for Canadians in the 2021 FP Canada Financial Stress Index, with 38% of people claiming that it's the number one source of stress in their lives. That's more than personal health at 26% and relationships at 15%.

How non-vaccinated travellers will be affected, what this means for the Canada-U.S. border and more.👇

On Monday, June 21, the federal government announced several big changes to Canada's travel restrictions for Canadians who have been fully vaccinated against COVID-19.

During a press conference, leading federal officials confirmed that from July 5, some travellers will be eligible to skip the two-week quarantine period and hotel stay upon their arrival in Canada.