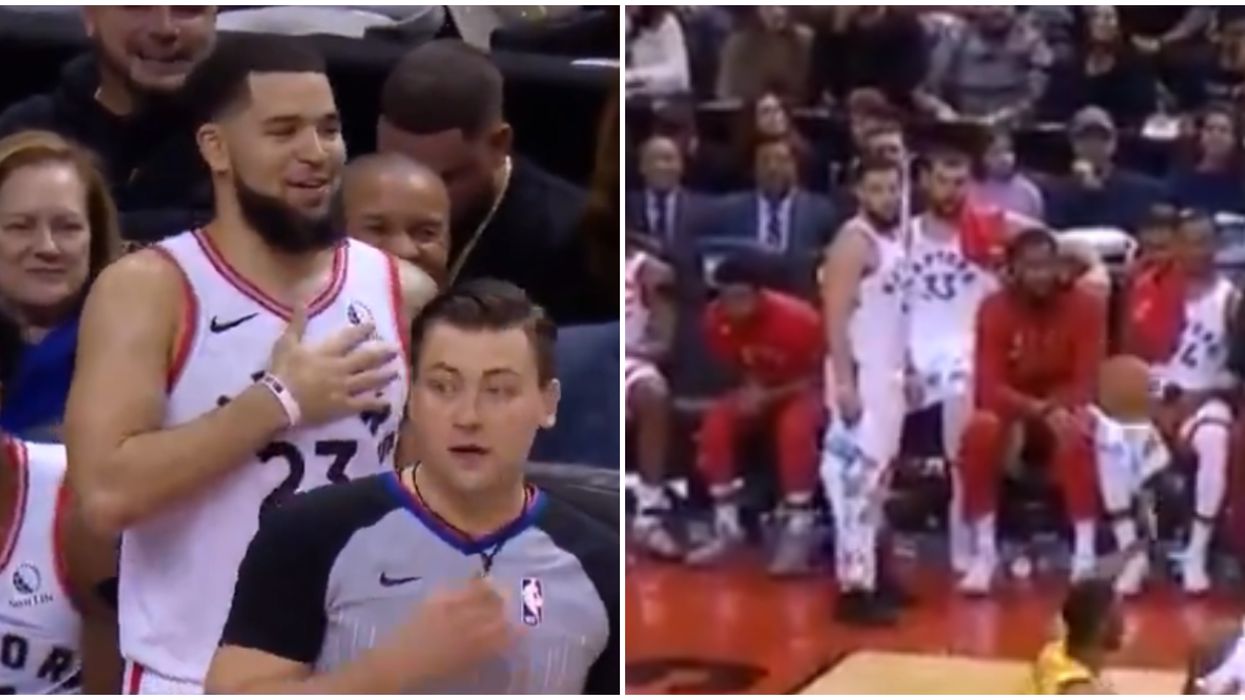 If you watched the Toronto Raptors game last night, chances are you caught that awkward moment between Fred VanVleet and Serge Ibaka. It all went down during the game’s 4th quarter, Toronto was up 121 to 102 against Utah, things were pretty relaxed for the Raptors, who haven’t lost a home game yet this season. However, it all got a little silly after a mix up between the players created a hilariously cringe-worthy moment.

In the clip, Ibaka can be seen hurling a last-second pass towards a clearly distracted VanVleet, who has a towel in hand and is edging towards the sidelines.

The ball goes flying into a benched OG Anunoby and immediately sparks an adorable “oh no” moment from Fred, who seems more than a bit embarrassed for being unprepared.

Luckily, for the Raptors guard, Toronto still managed to rack up a 110-130 win against Utah, so it won’t be too much of a smudge on the impressive reputation he has been building up with Pascal Siakam this season.

“Yeah I was man, I was happy I turned a little bit, but I messed up a little bit, so I apologized to him, but I like the fact that he’s passing to me, that’s progress so I’ll take it,” VanVleet said to TSN about the moment during a post-game interview.

VanVleet, who has stepped up big time in the absence of Kyle Lowry, put up an impressive 21 points, five rebounds, and 11 assists against the Jazz.

"I just feel like I've found a decent rhythm with the unit that we have....when we get everybody back it will be a little different, going back to how we started the year, but just finding a groove and a rhythm and I felt like our team in general everybody's in a good spot right now with the injuries, as good as we can be,” he told reporters.

However, the fake feud between the two players is ever-growing. Just last week, VanVleet was caught on camera roasting Ibaka about his popular fashion sense.

The Raptors will play the Miami Heat on Tuesday night.

Here’s hoping they continue their eight-game winning streak while avoiding any more embarrassing moments or at least none that cost us the game.