Does this mean we're not on a break anymore? 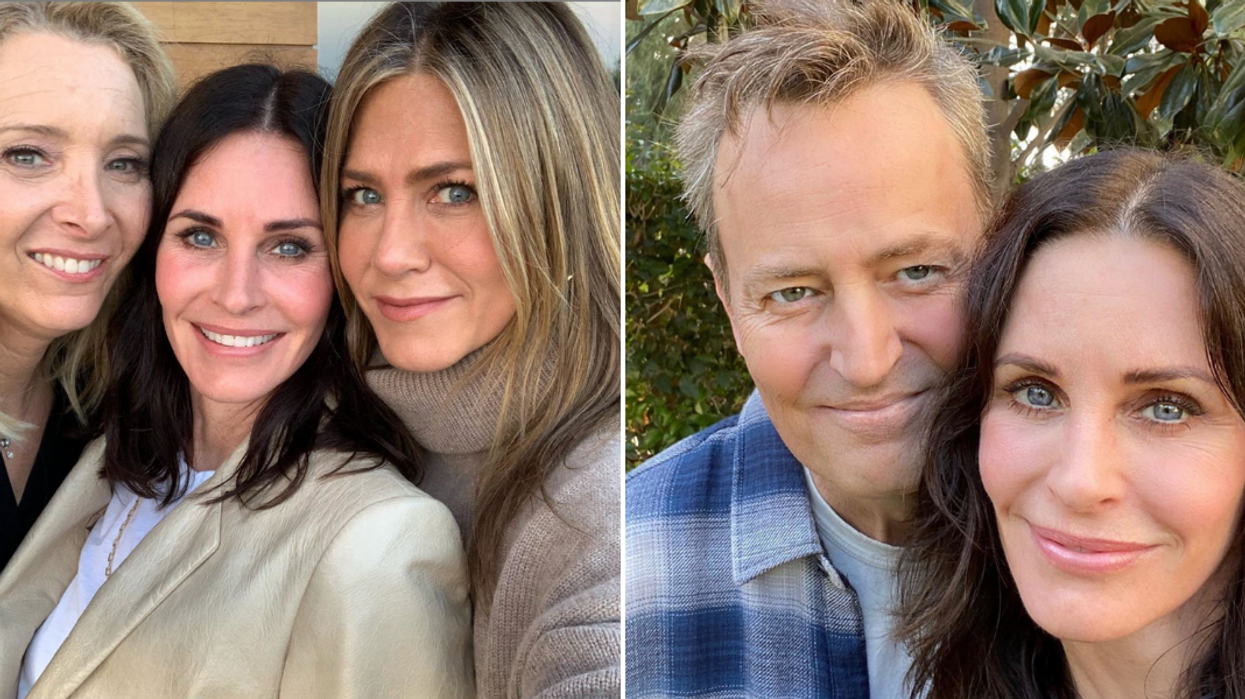 We're officially no longer on a break! There was just a Friends revival announced, with Jennifer Aniston, Matthew Perry and the rest of the main cast on board. The hit 90s sitcom just marked it's 25 anniversary but a cast reunion dinner apparently isn't all fans of the show will be getting to celebrate.

It was confirmed by The Hollywood Reporter that HBO Max is not only going to be streaming all past 10 seasons of Friends on their platform but will also feature a Friends reunion.

With all six '90s icons once again returning to the screen together, the reunion is reported to be unscripted and also feature the show's creators David Crane and Marta Kauffman.

While not much is known about the reunion — contracts haven't been signed yet — it was confirmed that all main cast members were on board with the project pitch.

Speculation has people thinking that the reunion will feature the core cast reliving their days as Monica, Chandler, Rachel, Ross, Phoebe, and Joey.

It could also be an opportunity for fans to gain never-before-announced knowledge about their favourite show.

This doesn't come as much of a surprise to fans who have been following the cast.

Not only has Jennifer Aniston decided to join the social media crew, but the cast has been having quite a few reunions together lately.

Could these reunions actually be meetings planning their televised reunion?

Jennifer Aniston also recently appeared on The Ellen DeGeneres Show where she was asked whether or not there would be a Friends reboot.

While fans were disappointed at her "no" in response, their spirits were lifted when she admitted, "Listen, we would love for there to be something, but we don't know what that something is. So we're just trying really, we're working on something."

It hasn't been confirmed officially by the cast yet, but all signs are pointing in the direction of a Friends reunion special.