The Last Supermoon Of The Year Will Illuminate Southern U.S. Skies This Week

Bloom with the Flower Moon! 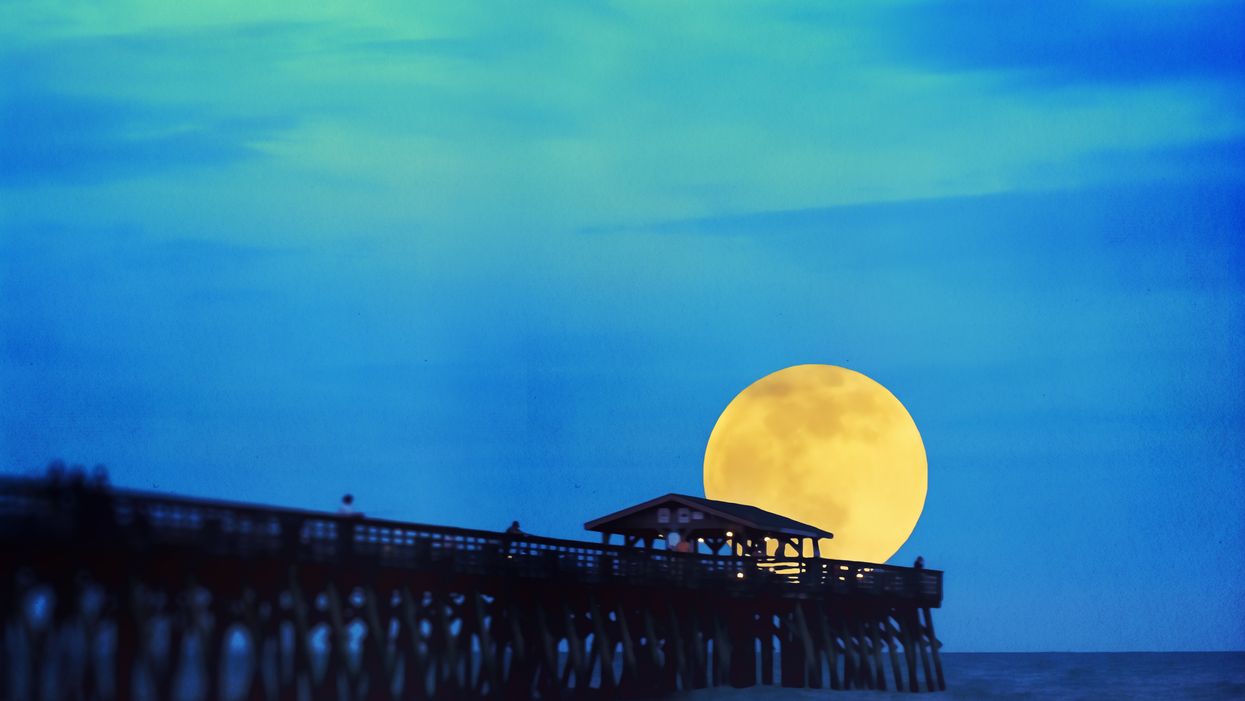 May is turning out to be a great month for aspiring stargazers. The last of 2020's four supermoons will make a grand show over southern U.S. skies this week, and you can catch it this Thursday. The full moon, known as the “Flower Moon”, will be the finale to a week of starry acts in the sky.

If you're wondering when the best time to catch the sky-high sight will be, NASA says to keep those eyes peeled around 6:45 a.m. opposite the sun. The supermoon will appear full from our perspective for about three days starting on its May 7 glow.

The term supermoon refers to the closeness of the moon to Earth in its orbit, causing it to appear larger and brighter than normal.

The Flower Moon is the cherry on top of a meteor shower from Haley’s Comet that graced our skies earlier this week.

But why the name Flower Moon? The Old Farmer’s Almanac cites the name from Native American tribes and folklore, particularly the Algonquin, who had names and titles for these events long before the modern-day.

The meaning behind May’s Flower Moon is simple and sweet —it’s when spring flowers are most abundant!

Supermoons can be both new and full moons, depending on their closeness to the planet we call home.

NASA explains that the term was coined by astrologer Richard Nolle in 1979, and is specific to when the moon occurs within 90% of its closest orbit to Earth, also known as perigee.

For those wanting the ultimate view, you can even check out the moonrise and moonset calculator from the Farmer’s Almanac to make sure you find a time and spot with the best visibility.

On the evening of May 7, stargazers will also be able to see Venus shining brightly as the evening star just as twilight ends, approximately 19 degrees above the horizon line to the west-northwest.

Time to charge those crystals, bathe in the moonlight, or simply set up your moonlit picnic and enjoy the celestial show!