It's been a season to remember! 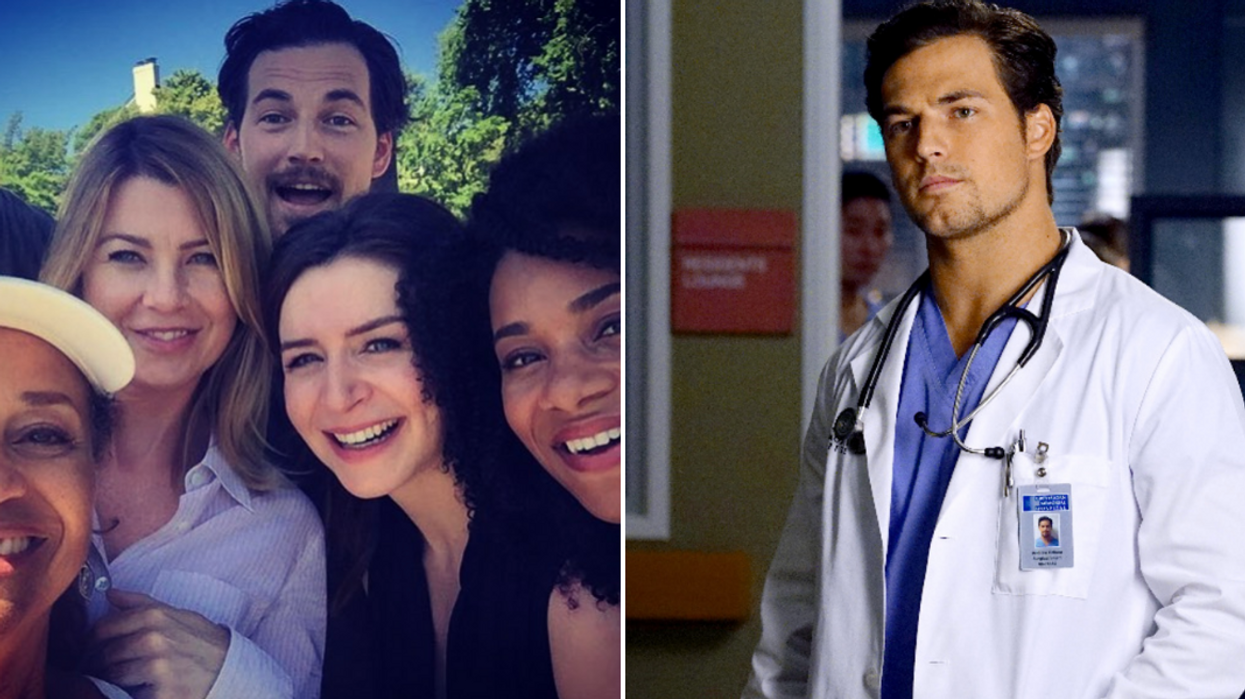 Dr. DeLuca has been stealing our hearts on screen since 2015 but for this actor, Giacomo Gianniotti, Grey’s Anatomy season 16 has been his best one yet according to his Instagram. Now that season 16 is airing it’s fall finale tonight, it’s the perfect time to look back on just how much fun Gianniotti has had filming this season. From being on set to partying with co-stars outside of work, all the way to just celebrating how Canadian he is, these last few months have been ones to remember.

Coming right off the huge Raptors win back in June, Giacomo headed back to LA and right onto a set filled with smiling faces. He marked the start of season 16 surrounded by huge smiles from all of his co-stars. He captioned the group selfie, “Cookin up season 16 of @greysabc for you guys. And surrounded by the best.”

DeLuca’s journey with Meredith Grey has been anything but smooth, but thanks to Gianniotti, we know just how well they get along in real life. In his first selfie with Ellen Pompeo of season 16, he captioned the photo of them, “First day back at work with this beauty! @ellenpompeo. Season 16 of @greysabc here we go!”

It made a lot of fans excited to see that Pompeo seemed to be dressed in Pajamas.

The show all together hit a ginormous milestone this season that of course, Gianniotti had to get coverage off. The cast and crew recently celebrated their 350th episode, something more than most shows never get to see.

Gianniotti posted a photo of the shows creator Shonda Rhimes circled by the rest of the cast and very excitedly captioned the cast celebrations with, “Say it with me. 3👏🏽5👏🏽0👏🏽. Congrats to @shondarhimes for starting this incredible show, and to everyone else who has had the privilege of joining along the way like myself. There is nothing like this TV family. If you know, you know.”

That isn’t the only milestone Gianniotti got to celebrate this year, he also hit one himself. During the summer months, he let fans know that Season 16 would showcase his character's 100th episode appearance:

“Celebrating 100 Episodes of Deluca on @greysabc . How time flies. So darn grateful to be apart of this @byshondaland circus that is filled with so many incredible people. I have learned so much, grown in ways I never thought possible, and have gained all of you, my incredible supporters and fans, which is what it’s all about. Hope everyone has a lovely weekend. Sending love to you all. Thank you.”

In between his filming he also spent a lot of time at Canadian sports events like this Blue Jays game. He does, after all, spend a lot of his free time in Toronto, "Minus the crushing loss, we had a good time... #letsgojays @davidryanfitness @bluejays 🐦."

We also can't forget about the new Dr. DeLuca promotional photos we got for season 16, those are definitely something to be remembered, "New Season. New Deluca. Nuova Stagione Nuovo Deluca."

Here's to hoping he shares an even better second half of season 16 with his fans!