They even brought gifts for him! 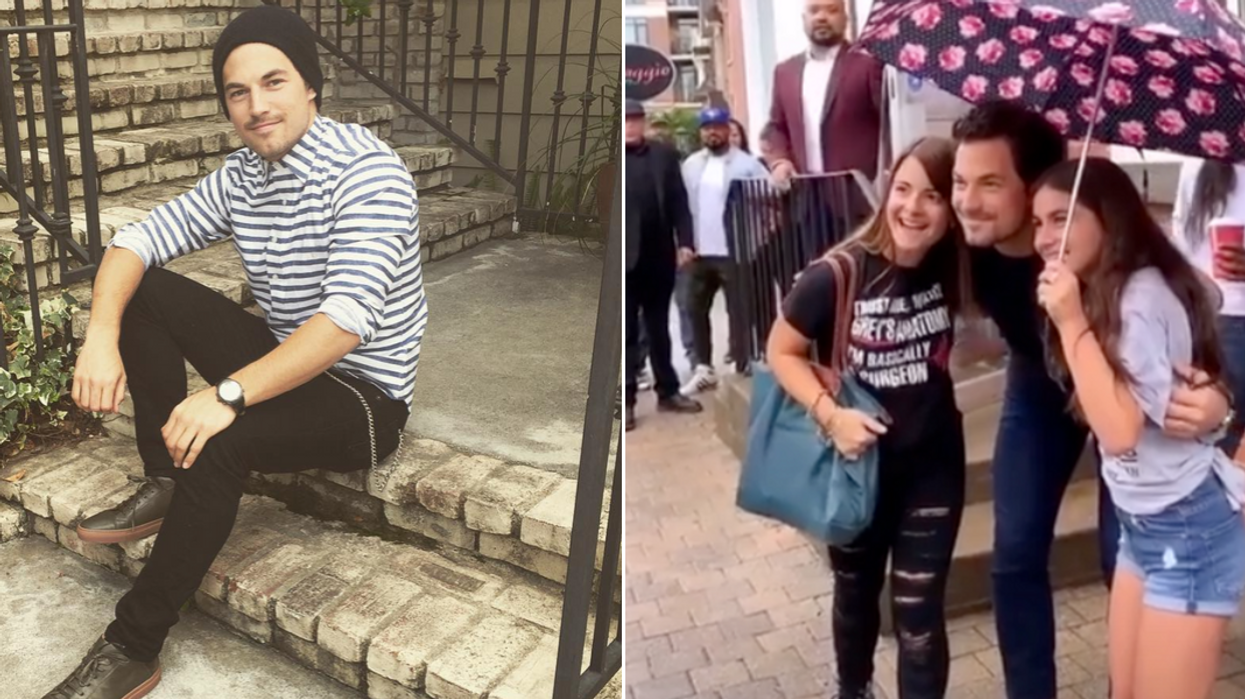 Giacomo Gianniotti is loved around the world for being Dr. Deluca on Grey's Anatomy. Here in Canada, we love him for his role in the drama but also for his constant support of his hometown. Whether it be through his love for Canadian sports teams, his constant hometown visits, or posting about Canada quite frequently, he always makes sure his roots are seen. He announced last week on his Instagram that'd he be in Ontario on September 15th for a Freedom Mobile grand opening. He stayed true to his word and hundreds of Grey's Anatomy fans lined up to meet Giacomo Gianniotti.

Gianniotti was also joined by celebrity chef Matt Basile who stars in the Netflix series Rebel Without a Kitchen. Not only did these Grey's Anatomy super fans get the chance to meet their favourite actor, but they got some gourmet street food out of it as well.

Canadians showed up to the opening of the new store in packs. Fans who host watch parties for each episode showed up together in their merch that read, "I'm a Greysholic."

There were two friends who traveled from Peterborough to meet Gianniotti one of them saying, "I think I blacked out, but he was perfect" after meeting the Canadian celeb.

Giannotti's charm was also in full force with two sisters claiming he remembered the pair from a past meeting at the Women's Show convention where they gifted him with a book of his best Grey's Anatomy scenes. This time they offered him a book of what they think makes him the best!

It seems like Giannotti was also super thankful to all the fans who showed up, especially because they all had to wait in the rain. He made sure to thank them on his Instagram story saying that he met a lot of "incredible people." He also posted a video of himself hosting his meet and greet with fans outside in the rain, posing under a pink umbrella with two super fans!

Cheers to more Giacomo Gianniotti's pop-up's in the future!