He's got his favourite Canadian book too! 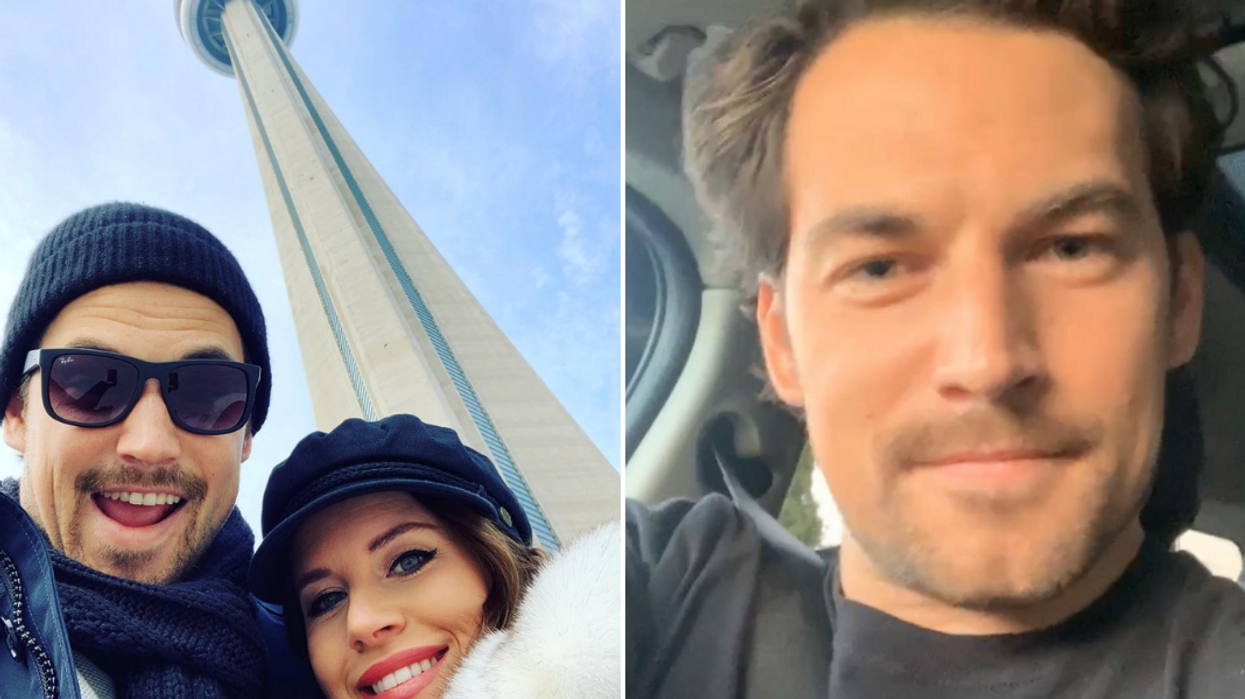 Coming home for Christmas can be exciting, especially if you're returning from somewhere drastically different from your hometown. For this Grey's Anatomy star, flying to his family this holiday season came with a slightly different climate...but he missed it. Giacomo Gianniotti's Toronto Christmas visit is so relatable.

The LA-bound actor, originally from Canada, has been working diligently on Season 16 of his hit show Grey's Anatomy for the last few months. Now, he's taking a break and returning to his roots this Christmas.

Vacationing in Toronto, however, doesn't come without its drawbacks — at least during the winter months. While snow can sometimes be considered beautiful, it isn't exactly ideal when paired with weather below 0.

But Gianniotti didn't seem annoyed by the weather when he lander earlier today, in fact, he's fully embracing the cold.

He documented his journey from west to east on his Instagram story by first sharing a photo of his Canadian passport laying on top of his winter jacket, which also happens to be Canadian.

He captioned the photo, "Homeward Bound" and "Favourite Book and favourite Jacket."

Next, he showed fans his journey home from the airport. As cars with Ontario license plates zoom by on the highway, you can also see the snow that lines the ground.

He captioned this video, "Oh cold how i've missed you."

Maybe the LA heat isn't all it's cracked up to be.

Gianniotti returning home for the holidays isn't exactly a surprise to fans who follow the actor.

When he isn't busy filming Greys Anatomy, you can usually find him visiting Toronto.

From promoting local companies owned by friends to cheering on the Raptors when they were crowned NBA champions, the Toronto native has never been afraid to show the pride he has for the city.

He's even shared some of his favourite restaurant locations in the city — maybe he'll visit them over the holiday season!