He has a Canadian night in California! 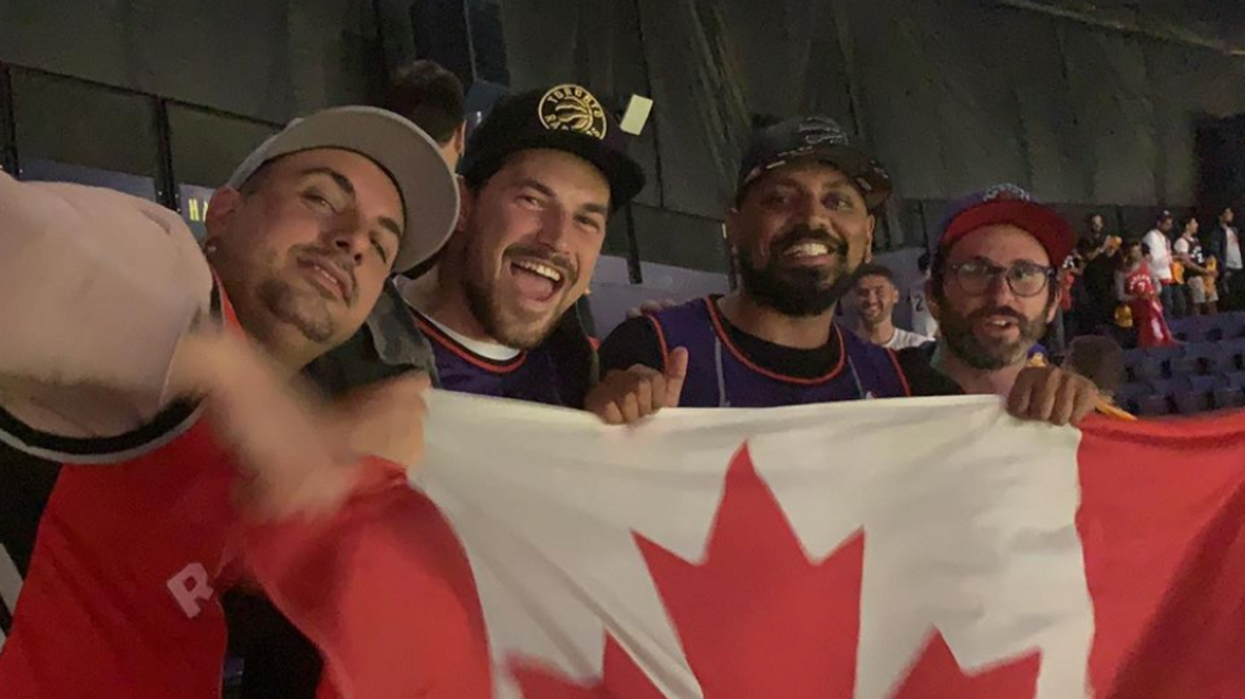 If you had doubts that Giacomo Gianniotti was Canadian, the NBA finals are confirming that he is probably more Canadian than any of us. He recently dedicated basically his entire Instagram to the Raptors when they made it into the NBA finals. Although he's in California right now, he still found a way to celebrate in the most Canadian way he could before tip-off. Giacomo Gianniotti was drinking Canadian beer before last nights Raptors game.

If you clicked on his profile picture of Kawhi Leonard last night, you would have seen that on his story he posted a photo of himself and two friends wearing Raptors jersey's and cheering with Molson Canadians! He captioned the image, "Toronto boys are here in the golden state!" This was only the pre-game for Giacomo and his friends.

After their very Canadian drink, they headed to the actual game, where he joked about being in "enemy territory."

Although the group's seats were a little far, they seemed to be having the time of their lives standing out in a sea of yellow with their Raptors jersey's.

After the Raptors big win that sent Warriors fans leaving the venue ten minutes before the game even ended, they managed to get their hands on a Canada flag. They posed together for a picture with almost all of the seats around them empty.

I think it's safe to say that Giacomo and his friends made the most Canadian night they could in Calfornia.