He also went to the Royal Ontario Museum! 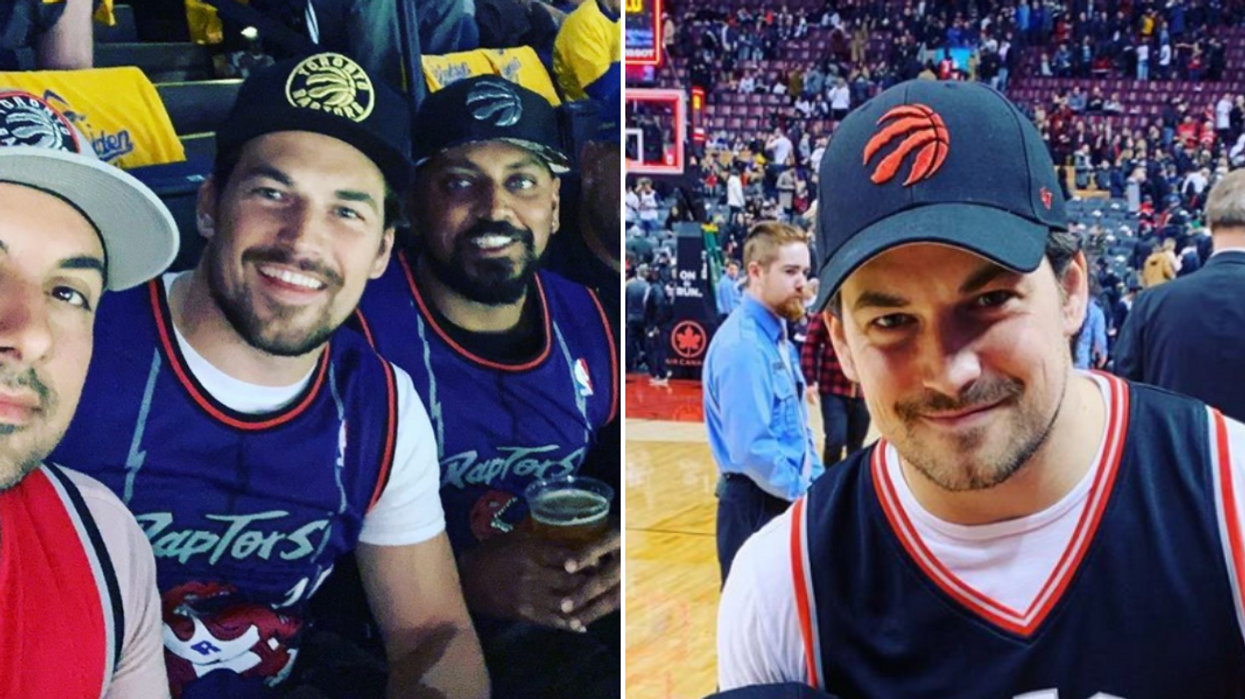 Toronto’s infamous basketball team isn’t just winning championships. One Canadian actor is giving credit to the team for curing his homesickness after they won their 14th game in a row this past Saturday. Giacomo Gianniotti’s Toronto Raptors game appearance may have been the best thing to welcome him back to the city.

The 30-year-old actor took to Instagram to share a photo of himself and friends at the Scotiabank Arena in his Toronto Raptors gear. He captioned the photo, “Thanks for the good times again Toronto. Was feeling homesick and that home win was just the cure.”

Among his group of friends was his wife, makeup artist Nichole Gianniotti, and Canadian music artist Sidny.

He’s shown his support for the Canadian sports team many times before. Just last year, he was amongst the hundreds of thousands of fans who gathered on Toronto streets when they won the championship.

The sports game isn’t the only thing the Grey’s Anatomy cast member got up to in Toronto.

According to his Instagram stories, he spent Sunday afternoon enjoying the Royal Ontario Museum and sharing some sculptures from the exhibits Roman display.

The Canadian actor has visited his hometown in the past when he isn’t in LA filming as Dr. DeLuca. He’s even shouted out a few of his favourite Canadian establishments before.

For more of Gianniotti, you can watch him every Thursday night on Grey’s Anatomy airing on CTV.