They're the size of a building! 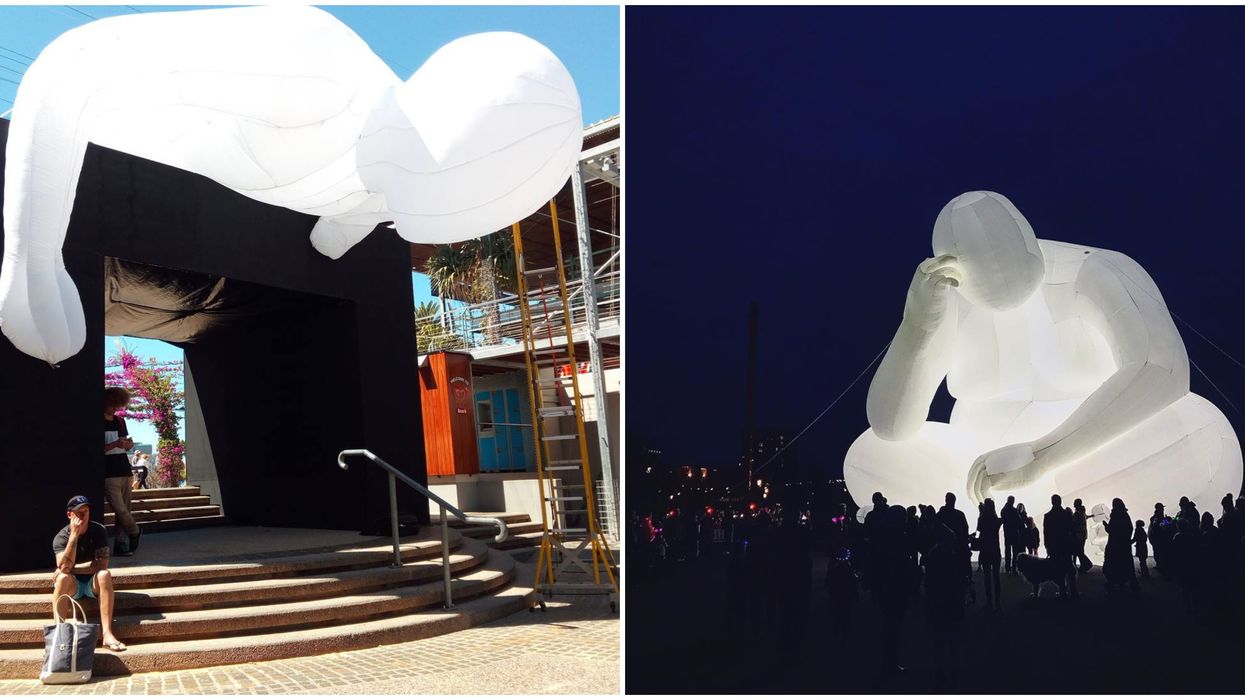 Have you ever walked around town to suddenly be faced with a giant glowing human-like figure? Don’t worry, this isn’t an alien invasion. It’s art! Giant glowing humanoid figures are taking over Los Angeles this month and it’s all we wanna talk about.

If you haven’t already heard, these huge light installations are coming to downtown LA’s FIGat7th shopping plaza. You can check them out from October 30 to November 10. It’s free to attend from 11 am to 11 pm.

While you can see them during the day, we highly recommend going at night when they are all lit up. It’s kind of spooky and ephemeral, but that’s definitely the point.

Wondering what brought them here? They’re part of a public art installation called “Fantastic Planet.” We’re stoked that the super-talented Australian artist Amanda Parer decided to bring them to our city.

The description of “Fantastic Planet” is pretty clear. These aren’t gentle giants. They’re symbolic of how fragile our natural world is and the role we play in it. Woah. Deep stuff.

We dug a little deeper and found out the sculptures are based on a 1970s Czech-French film called La Planète Sauvage. This movie’s plot centers on a dystopian future where humans are considered to be a feral race. Creepy.

If you’ve been thinking about your next great Insta photo-op, this is it.

You’re allowed to touch the art, but you’re not allowed to lie down on them, kick them, sit on them, smoke, bring food or drinks nearby, or bring dogs near them. You know the drill, so make sure to respect the art.

Hugs, selfies, and appreciation are much encouraged. Bring your BFFs or SO and make a night out of it. Finding these sculptures is the ultimate city scavenger hunt. What are you waiting for?

Why You Should Go: You can see massive glowing figures taking over downtown LA.