Chief Rudy Turtle will be running for the seat in Kenora, Ontario. 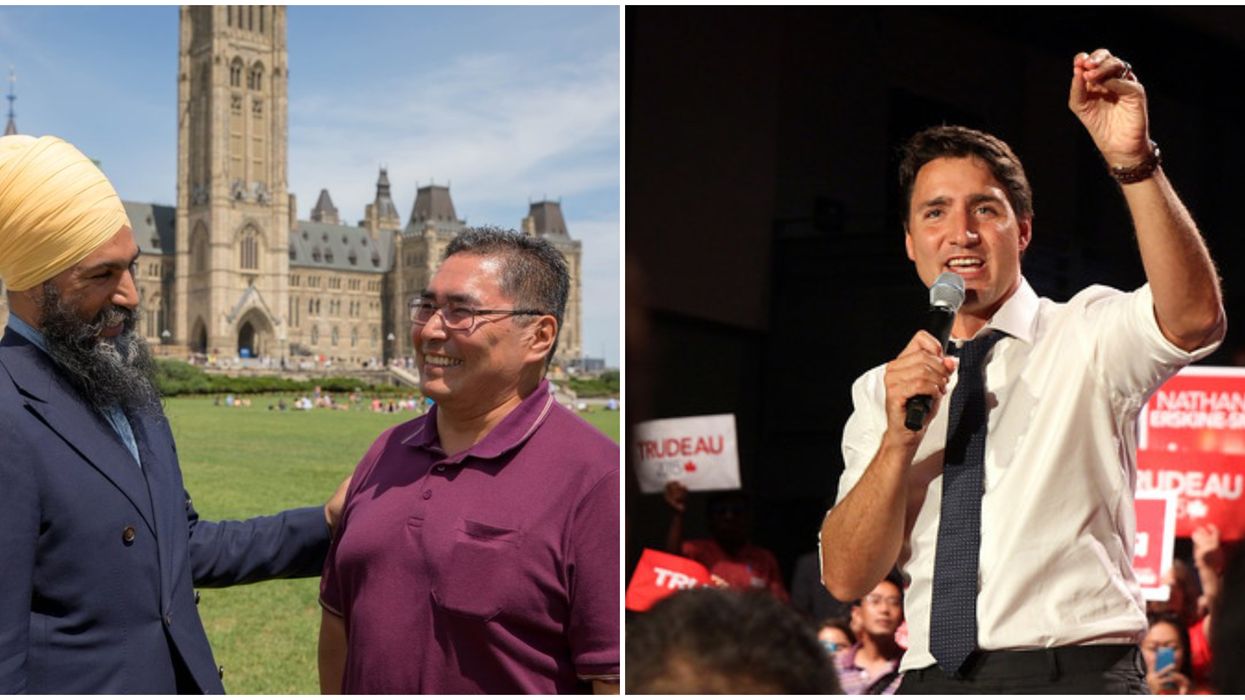 One of Prime Minister Justin Trudeau's toughest critics has just jumped into the federal election. Rudy Turtle, the Grassy Narrows chief who criticized Justin Trudeau for failing to do anything about mercury contamination that has plagued the community since the 1970s, is running for the NDP in Kenora, Ontario.

Turtle said in his announcement that he is running because he is afraid that the water treatment plant that was promised to the Grassy Narrows indigenous community might never get built. "They've done everything to stall this process and to make it go slow each and every day," Turtle said in a press conference.

The biggest issue facing Turtle's community goes back almost 50 years, when the Reed Paper Mill in Dryden dumped 9,000 kilograms of mercury into the river that feeds into the Grassy Narrows community. Fish that swam in the river, which are a staple of the indigenous community's diet, were heavily contaminated.

When @theJagmeetSingh was elected NDP leader we went to #grassynarrows. He understood the importance of seeing the… https://t.co/QoVvIqI33T
— Charlie Angus NDP (@Charlie Angus NDP)1564405964.0

This led to generations of people experiencing severe symptoms of mercury poisoning. This was due to the fact that mercury can be passed from a pregnant woman to her baby through the placenta.

Even now, members of the community are still being affected by mercury in the water. Despite the Prime Minister's promises, no agreement has been made with the community to deal with continuing health issues.

This isn't the first time the Prime Minister has faced criticism for his treatment of indigenous communities. After ousting Jody Wilson-Raybould and Jane Philpott from the party during the SNC-Lavalin scandal, Trudeau began to lose trust among indigenous women who saw Wilson-Raybould and Philpott as standing up for their causes.

Trudeau also took some heat over his reaction to Grassy Narrows protesters who appeared at a Liberal fundraising event. When confronted by the protesters, Trudeau appeared to brush them off, saying "thank you for your donation." He has since apologized for this interaction.

NDP leader Jagmeet Singh has thrown all of his support behind Turtle, saying in a press conference, "Mr. Trudeau had a lot of great announcements, a lot of great words but failed on actions and broke many promises, leaving many people disappointed – and Grassy Narrows is the epitome of that broken promise."

Today I was proud to announce that Chief Turtle of Grassy Narrows First Nation will be the NDP candidate for Kenora… https://t.co/teQ6XzXHte
— Jagmeet Singh (@Jagmeet Singh)1564420147.0

Turtle will be running for the seat currently held by MP Bob Nault of the Liberal party. Nault managed to edge out the previous MP, Howard Hampton of the NDP, by just under 500 votes in 2015.