Shark season has begun on the West Coast. 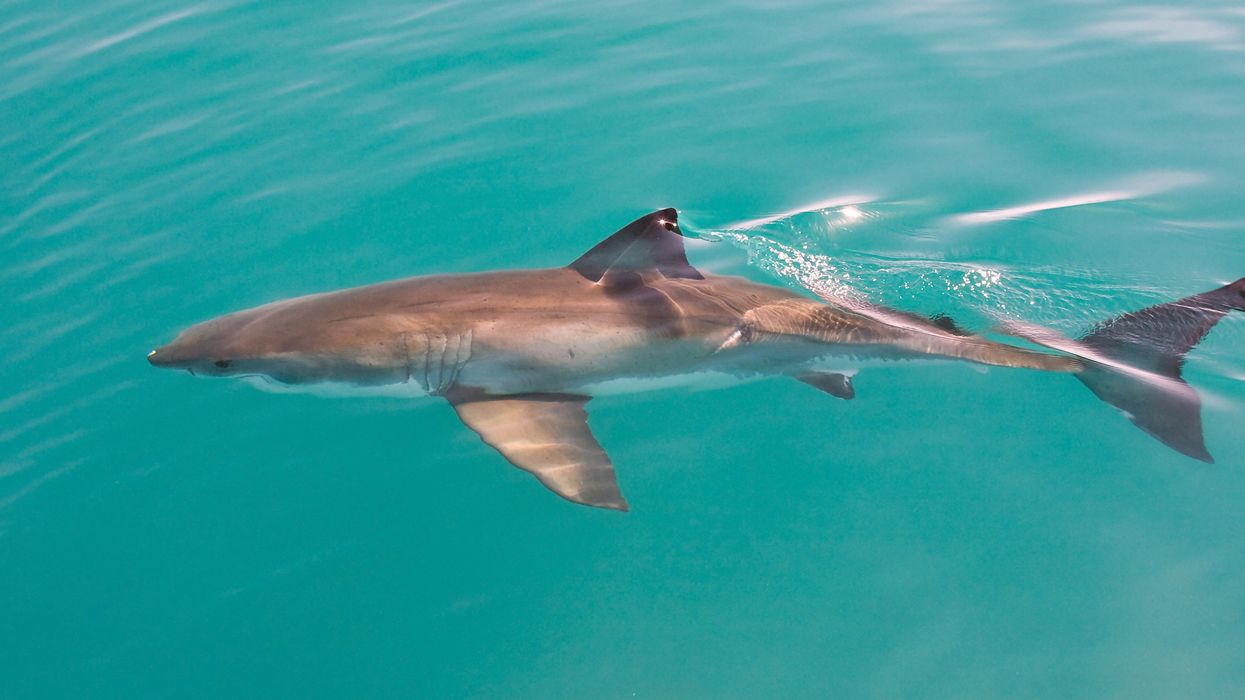 Warmer weather is making its way up the coast, and along with it... sharks. A Great White spotting in California occurred at Capistrano beach on May 19. The juvenile shark caught on camera even prompted San Clemente Pier to put up shark sighting signs.

According to the Orange Country Register, Matt Larmand, a photographer, glimpsed a juvenile great white swimming along the coast of Capistrano beach.

Larmand captured the juvenile shark on video swimming at full speed. In a Facebook post, Larmand wrote "They’re back! Ever seen a great white shark swimming full speed?! Me either until about 20 minutes ago when this guy decided to show off a little..."

He took some drone footage at his home in Dana Point, catching the shark as it manoeuvered through the waters before it quickly darted off at impressive an impressive speed.

According to a video on Shark Lab, a website dedicated to marine knowledge and education, sharks usually avoid crowded beaches and populated areas.

The video goes on to explain what to do if swimmers see this marine animal, and that includes keeping an eye on it to let it know they are aware of its presence.

Shark Lab shared that oftentimes these creatures are just checking people out as well as their surroundings, and in many cases, just passing through.

There are warning signs to check for, including swimming quickly toward and away from a person.

This is aggressive behavior, and the Lab suggests continuing to keep an eye on the shark, while calmly returning to shore.

Larmand posted several more photos of the shark he spotted on May 21, commenting "Top down view of Speedy Gonzalez. So far no more sightings of this guy, I know he’s around though, I’ll find him again!"

His videos show the great white moving through the water at an incredible pace, and his explanation beneath the fascinating video gives an idea of how impressive it was.

Since then signs have since been posted on the San Clemente Pier warning people about the recent shark sightings in the water.