A Green Day Song Will Be The NHL's Next Anthem & Fans Are Asking "Why?" (VIDEO)

The song comes from their upcoming album. 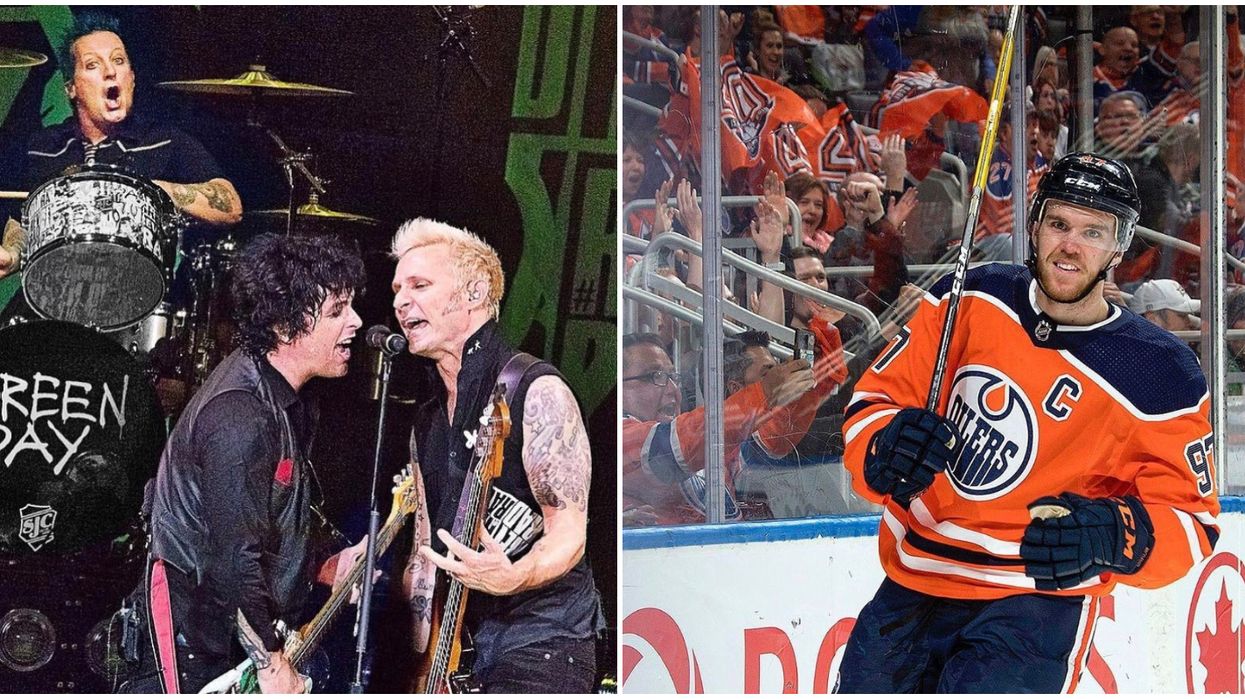 Times are changing, and the NHL has decided that the 2019 season is the perfect time to introduce hockey fans to a new sports anthem, one that comes from an unlikely place. Green Day and the NHL are teaming up for a cross-promotional partnership that will include their new single, "Fire, Ready, Aim", as the theme song for Wednesday Night Hockey on NBCSN.

The brand new track will make its debut on October 9 ahead of the game between the New Jersey Devils and the Philadelphia Flyers. The track is set to appear on the band's upcoming album, Father Of All..., and will be the opening theme for the entire season. Other songs from the upcoming album will also be featured during highlights, bumpers, and Jumbotron content. A preview of the opening was posted on YouTube by the NHL.

"Green Day is the perfect band for the NHL. Their music fits so perfectly with the energy, speed and power that we witness on the ice and each and every night," NHL Chief Content Officer and Executive Vice President Steve Mayer said in a statement. "We are so excited to start this partnership with the NBC Sports open. It was so much fun to shoot and we think our fans will love it."

This @NHL season is hereby known as LOUD season...where the toughest athletes to ever lace up a pair of skates meet… https://t.co/TnuMmUEg3x
— Green Day (@Green Day)1569859569.0

Green Day also shared the news on their Twitter, writing, "This @NHL season is hereby known as LOUD season...where the toughest athletes to ever lace up a pair of skates meet the baddest rock band on the planet. Turn up the volume, "Fire, Ready, Aim" & enjoy. Wait, did we just tease a BRAND NEW SONG?!"

While the NHL and Green Day have expressed excitement over their partnership, hockey fans shared less enthusiasm on Twitter.

Twitter user @charlesbdb wrote, "The @NHL always and repeatedly gets it wrong with what is current and relevant. What year do they think it is? Old, oblivious are men running this league."

@DeathPetey commented, "Ewww why? Green Day are not entirely main stream anymore and are somewhat annoying. Would rather hear #TheFooFighters be in this role."

A number of other users shared their thoughts through gifs instead of words:

@Sportsnet @EricEngels @GreenDay @lukefoxjukebox The @NHL always and repeatedly gets it wrong with what is current… https://t.co/DtTNTQneqp
— Charles Benjamin (@Charles Benjamin)1569857948.0

Other fans just couldn't seem to grasp the news, and simply chose to ask, "why?"

Twitter user @GustavHerwitz simply wrote "why tho," while @JoeCaratenuto said, "Oh god why? This is almost as bad as the partnership with @adidashockey."

Whether or not people are Green Day fans, it's at least exciting to be heading into a new hockey season.