The Green Party's "Robot Tax" Has Twitter So Confused

"The Green Party wants to tax your toasters." 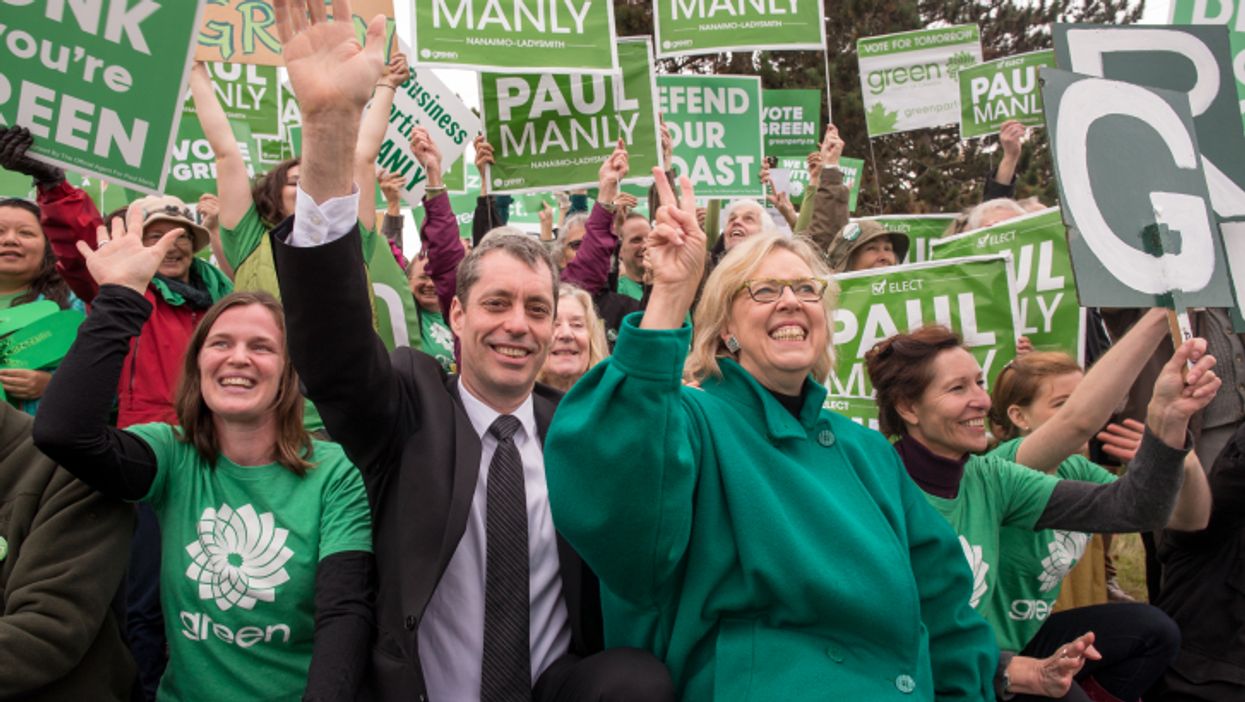 On September 29, the Green Party announced its policies on automation and artificial intelligence (AI), specifically how it plans to help Canadian workers in a time when technology is rapidly advancing. To that end, in a press release, the Green Party says a “robot tax” is “key protection for workers displaced by automation.”

The Green Party says that Canada is on its way to becoming a world leader in AI. While they do have plans to invest in scientific and technological research and increase such developments in the country’s economy, they say that the government must plan for AI and automation putting many Canadians out of work.

“We have to reduce the anxieties for the individual worker,” said Green Leader Elizabeth May during a press conference in Burnaby, British Columbia on September 29. “What does it mean for workers if they are vulnerable to being replaced, whether they’re a checkout clerk, a worker in a factory, the driver of a truck or even a doctor? What does it mean if we are going to turn to automation to replace a workforce? That’s worth talking about before it starts happening to us.”

On their website, the Green Party explains that the robot tax will be incurred “every time a company replaces a worker with a machine.” The amount paid is equivalent to the income tax paid by the laid-off employee. They also propose that this revenue will be used for educational and retraining programs for workers. According to The Province, small businesses would be exempt from the robot tax.

“The last thing we need when coping with AI and how to adjust to it is a shrinking tax base because people are replaced with robots and robots aren’t paying taxes,” said May, according to The Province. “That’s how we are getting ahead of this issue.” There has yet to be a robot tax anywhere in the world.

In response to the Green Party’s proposal, one Twitter user, @kevinmilligan, asked, “What's a robot? I mean, yeah I know R2-D2 and all that. But in tax law terms--how does one define that? Is it a technology that saves labour? Is MS Excel a robot?  Do we want less spreadsheeting?”

Another user, @YVRHousing, said, “Robot tax? I’ll keep that in mind if I ever get a Green Party email in my inbox.”

Others say that the robot tax impedes on Canada’s innovation. @SeanBeukers wrote, “If given the opportunity @ElizabethMay will implement a "robot tax" for companies who replace humans with computers. Who needs innovation in Canada, right? Also I'm pretty sure computers that live at the store have a smaller carbon footprint than a human.”

If given the opportunity @ElizabethMay will implement a "robot tax" for companies who replace humans with computers… https://t.co/tp7fSiH969
— Sean Bob (@Sean Bob)1569798567.0

Some Canadians seem to be all for it, with @yield2yetis writing, “Interesting idea. Put a stop to all those ‘self-serve’ positions out there.”

"Finally a party that cares about the radical changes manifesting in the industry. That which other parties try to cover up," wrote @sambath92kumaar.

We can expect to see even more intense campaigning with election season in full swing. Canadians will be voting on October 21.