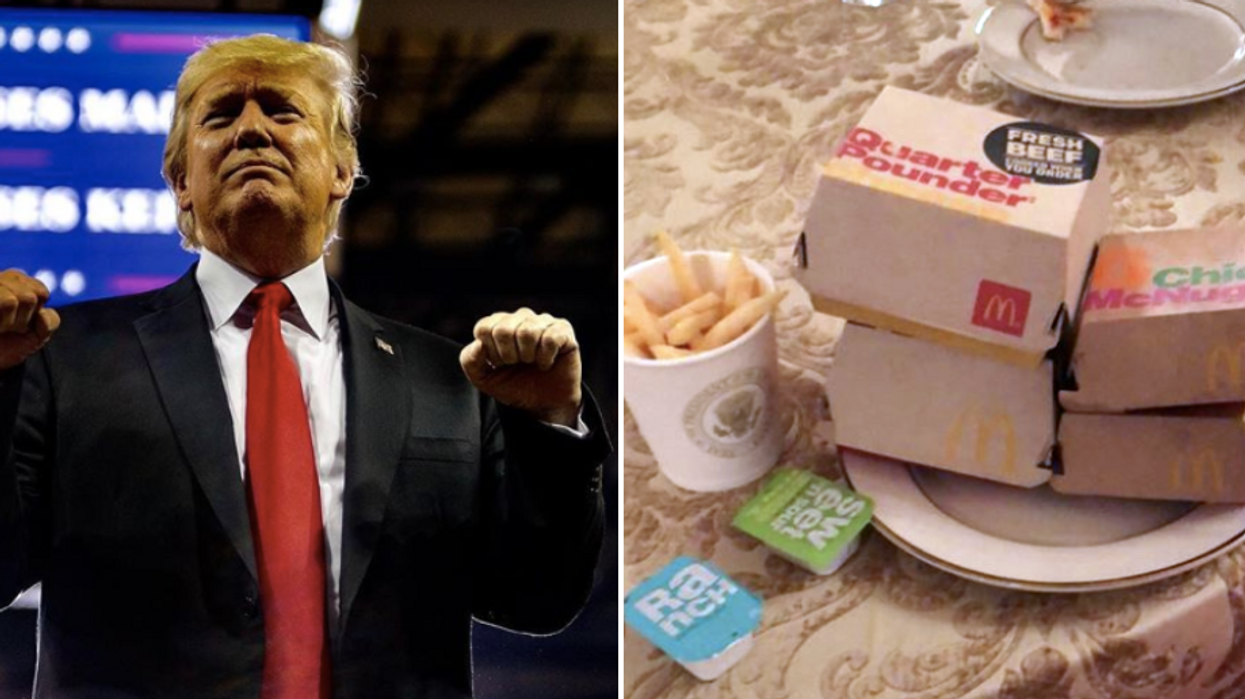 Last Monday, South Carolina's Clemson Tigers won their third National Championship against Alabama's Crimson Tide. To celebrate their victory, President Trump hosted the players at the White House last night and served the 2018 National Champions fast food. Americans are livid over it because this billionare basically spent pennies on this feast.

If you know football, you know 'Alabama' is the team to beat. Nick Saban, the head coach, has an extremely strong program but it just wasn't strong enough to beat the Tigers this year. By the second half, it was obvious The Tigers had brought their 'A Game' and Bama wasn't expecting it.

After feasting on Bama and pulling out a 44 - 16 win, The Tigers were ready for a celebration feast of their own. Although I'm sure a buffet of fast food was certainly not what The National Champs were expecting. The State Dining Room was set up to display a giant spread of Wendys, McDonalds, and Burger King.  Dabo Swinney along with his Tigers visited the white house in their best Sunday clothes.

Trump must have assumed this was their first cheat day after the season end.  Others are not so sure.

Only Donald Trump would brag about paying for McDonalds in the White House like it was some sort of luxurious expense.

People are criticizing Trump for his lack of class for serving the cheapest, most unhealthy options.

February 2011: Michelle Obama launches a "Let's Move!" campaign, aimed at lowering childhood obesity rates by 5-percent by 2030.January 2019: Donald Trump provides a buffet of Big Macs to the National Champion Clemson Tigers at the White House.What a time to be alive.

But wait, there were some salads included on the spread. A for effort? Although Trump served the National Champs with what some say is disgusting food, he seemed to think this was the American food of choice. Today, Twitter is blowing up with jokes and sarcasm regarding The Presidents choice in meals.

Hopefully the Tigers aren't too offended and will work hard to hold their National Championship title for 2019. Even if it's just to see what Trump will serve them next.

Now that this celebration is over, Trump can focus on the more important issues at hand like the longest government shutdown in history.  Trump claimed the reason why he served fast food was because of the goverment shutdown. Meaning there was no one on staff there to cook or cater a true meal.

And the Tigers can focus  on their health and wellness to prepare for next season.