She ain't afraid of no snow! 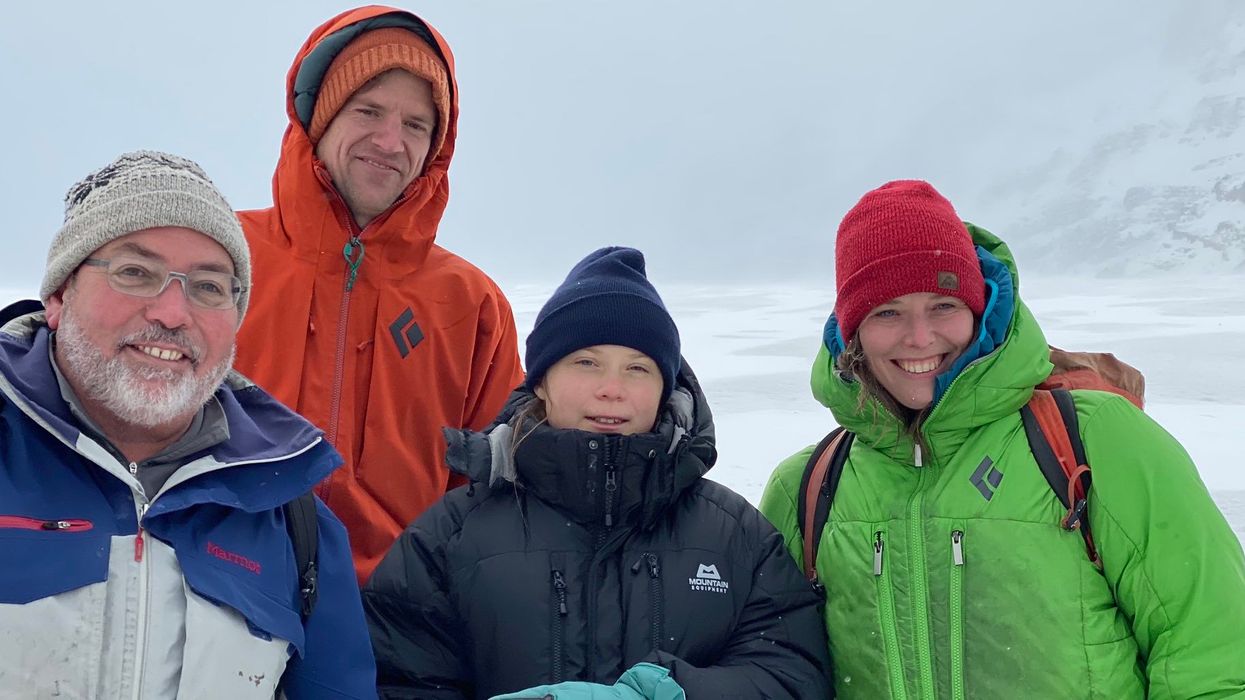 The teenage climate activist taking the world by storm actually found herself in one. Greta Thunberg's Alberta visit wasn't just about attending Edmonton's climate strike. She also got a chance to visit one of Canada's most beautiful national parks and see the Athabasca Glacier. Thunberg learned all about the glacier's decline due to climate change, and did it during a wicked Canadian blizzard.

Thunberg was joined on the glacier by John Pomeroy of the University of Saskatchewan and Parks Canada ecologist Brenda Shepherd.

"She was very brave to go up on a snow-covered glacier in a blizzard in October," Pomeroy told the Times Colonist. "She's clearly utterly fearless for a teenager."

That rings true, especially considering how Thunberg has faced off with world leaders, including the U.N. and even Justin Trudeau. She also travelled to the province despite being told repeatedly on Twitter that she would not be welcome.

The blizzard didn't shake Thunberg though, and she got a chance to learn about how climate change was ultimately affecting the glacier, which Pomeroy said had retreated two kilometres since the late 1800s, according to the Times Colonist.

"Our recent findings are that these glaciers are melting faster than ever measured before due to a warming climate, lower snow cover, and earlier snowmelt," Pomeroy said in the University of Saskatchewan News.

Even in a blizzard, Thunberg was unshaken in her journey to learn more about how climate change is affecting people everywhere.

"How do you feel about the glacier melting so quickly?" Thunberg asked Pomeroy, according to University of Saskatchewan News.

Thunberg tweeted about her visit to the Athabasca Glacier, expressing gratitude for getting to learn more about it.

Thank you to John Pomeroy, the University of Saskatchewan, Brenda Shepherd and Parks Canada for educating me on the… https://t.co/mX19ac3LBC
— Greta Thunberg (@Greta Thunberg)1571874954.0

"Thank you to John Pomeroy, the University of Saskatchewan, Brenda Shepherd and Parks Canada for educating me on the effects of the climate and ecological crisis on stunning Jasper Nationalpark. And thank you for giving me these incredible experiences!" Thunberg wrote.

Greta Thunberg's next Canadian stop will be at the climate strike in Vancouver on October 25.