She has not revealed where in the province she will be visiting. 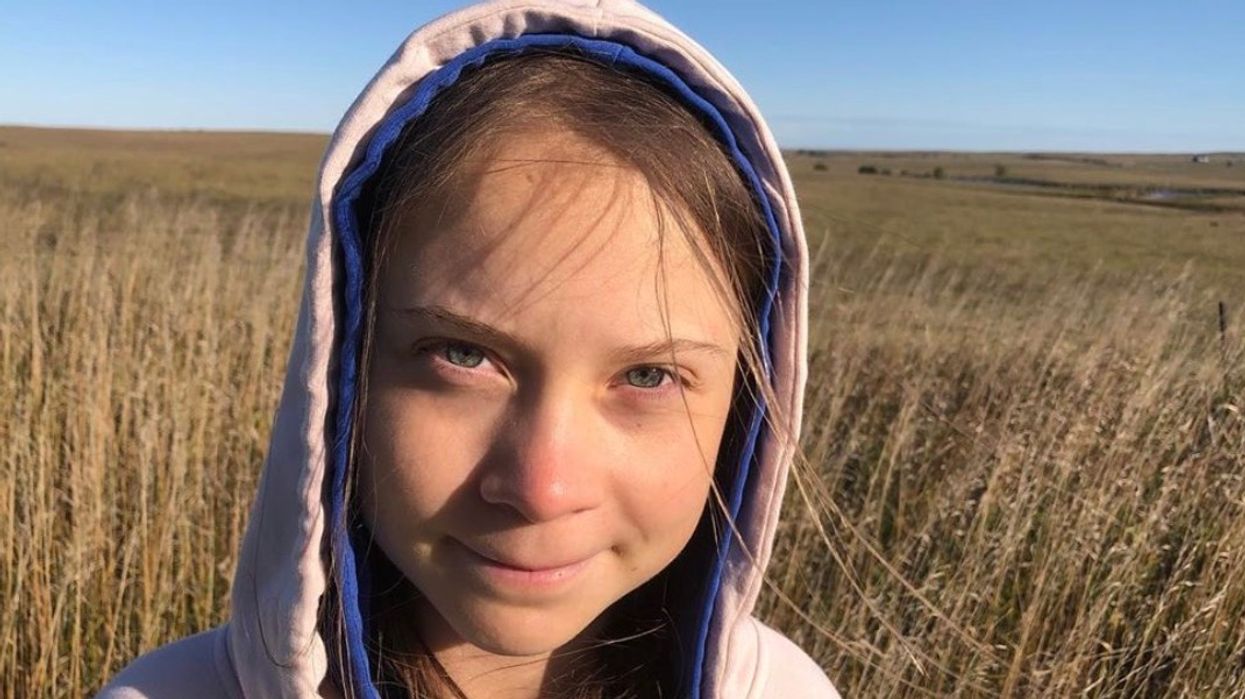 Greta Thunberg will visit Alberta, according to a tweet from the teenage climate activist. Thunberg has visited Canada already, having attended the Climate March in Montreal on September 27. By heading to Alberta, Thunberg will be stepping foot into the heart of Canada's oil industry.

"Heading north again. Now follows a few days of well needed rest while enjoying the spectacular nature of Wyoming, Idaho and Montana. Then on to Alberta, Canada! #slowtravel" Thunberg wrote in her tweet. Thunberg made the announcement just one day after giving a speech in Denver, Colorado.

Thunberg travelled to North America on a zero-emissions sailboat in August in order to attend the U.N. climate summit.

No specific timeframe or locations have been brought up, so there is no telling which cities Thunberg will visit while she is in Alberta. Thunberg had previously told Prime Minister Justin Trudeau that Canada was not doing enough to fight the effects of climate change.

Thunberg's tweet was met with mixed reactions on Twitter. There were a number of replies implying that Thunberg would have a difficult time in Alberta, and even some that said she was not welcome.

"Don’t bother coming to Alberta. We got take advice from 16 year old UN shills. Have a nice trip though!!" wrote @Muddog2626.

"Stay out of Alberta. Nothing there for you. It's snowed already though," wrote @BarbieBee63.

Twitter user @LynnRahn1 said very plainly, "You will not be welcome in Alberta."

@GretaThunberg Border services need to stop her at the border. Her purely political foreign campaign should not be… https://t.co/lBoZyvN5dt
— SK Jo (@SK Jo)1570976330.0

@GretaThunberg Please go home, hang out with your friends and enjoy your childhood. Thank you.
— Kenster (@Kenster)1570980626.0

@GretaThunberg Please stay away. Unless you’re only coming to enjoy all the beautiful nature, and not lecture us ab… https://t.co/wjm72U9dVM
— Ross Donison (@Ross Donison)1570977807.0

Some Twitter users even expressed concern for Thunberg's safety while she visits Alberta.

"omg..... she needs security going to Alberta. I'm not trying to be offensive to Albertans, but I don't see this going well for her out west. 🤦🏻‍♀️" wrote @yannascsc.

"Frankly, I wouldn't go to Alberta after today. Prime Minister @JustinTrudeau was forced to wear a bulletproof vest today. The ultra right is getting more violent every day," wrote @steveinburnaby, referencing an October 12 Trudeau rally that received a security threat.

@GretaThunberg I would skip Alberta if I were you. Too dangerous and you will change no one`s mind there.
— Aatos Lehtila (@Aatos Lehtila)1570966918.0

Alberta premier Jason Kenney also made remarks at an Oil Sands trade show in September, where he said that Russia's tendency to throw climate activists in prison was "instructive."