She loves Toronto and has a big family! 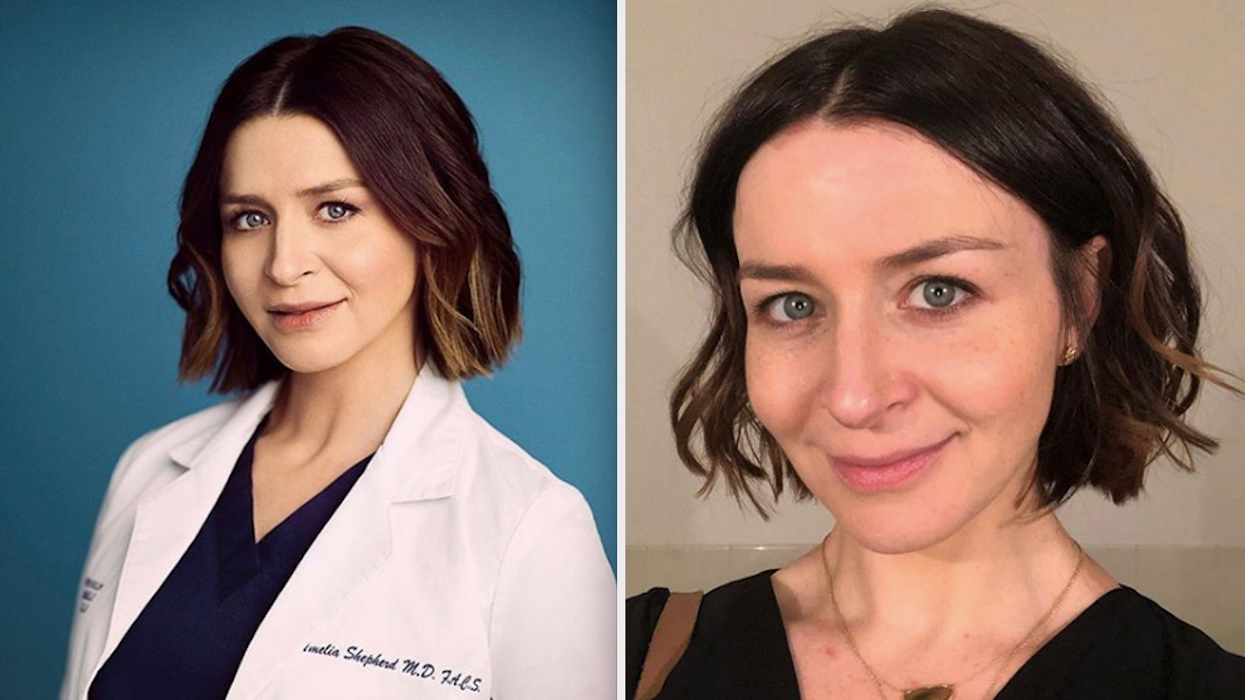 The sixteenth season of Grey's Anatomy has certainly been a wild ride, and fans are preparing for the fall finale that's airing tonight. The show would not be complete without OG characters like Grey, Karev, Bailey, and Webber, but there are also a few Canadian faces who stole our hearts too. That includes Caterina Scorsone who plays Amelia Shepherd, Giacomo Gianniotti who plays Andrew DeLuca, and Sandra Oh who left as Cristina Yang in season 10. They all play their roles so well that it may be surprising that Grey's Anatomy Caterina Scorsone doesn't have much in common with her character.

Scorsone became a series regular in season 11 after a few guest appearances starting in season seven.

In an interview with WebMD, Scorsone talked about her personal life as a mother, wife, and even a yoga enthusiast.

When asked what she has in common with her Grey's Anatomy character, she said they have surface features like "eye colour, height, and facial structure -- that's about it!"

But otherwise, Scorsone and Shepherd aren't really two peas in a pod.

She also said that Shepherd "began as someone facing addiction and trauma, and over time we’ve taken her from being stuck in her trauma to someone who’s being of service to others. I love portraying that journey of healing."

Her character's addiction to prescription medication is not reminiscent of anything Scorsone has faced in her personal life.

Shepherd is an incredibly talented neurosurgeon with American roots and currently lives in Seattle with the rest of her Grey's fam. But Scorsone was born and raised in Toronto and even had a very Canadian acting start on Mr. Dressup.

She spoke about her home in Canada in an interview with CTV News, and said, "I think it's a magical, magical place to be and to come from, but I miss it when I'm in LA." The set of Grey's Anatomy is located in California, quite a bit away from Toronto.

Scorsone's family life is also pretty different from her character's.

Shepherd got married and very quickly divorced from Owen Hunt, and their separation was due mainly to differences over wanting children and her emotional distance because of her brain tumour.

Shepherd has a very traumatic past with pregnancy which involved having a baby who died right after birth. She spent most of her time on the show extremely adamant about not wanting to have kids with Hunt but ends up pregnant in season 16.

However, in real life, Scorsone is a mother of two with another baby on the way!

Scorsone's youngest daughter, Paloma nicknamed "Pippa", was born with down syndrome and she spoke about that with WebMD as well.

She told them, "Down syndrome is a genetic variation, and there are lots of genetic variations. There isn’t one particular way that a person should be to have value. Life with Pippa is one of the richest gifts our family has ever received."

Amelia Shepherd has become an incredibly important person in Grey's Anatomy and you wouldn't even know she's played by someone who differs quite a bit from her character.