They even went to the same Toronto high school! 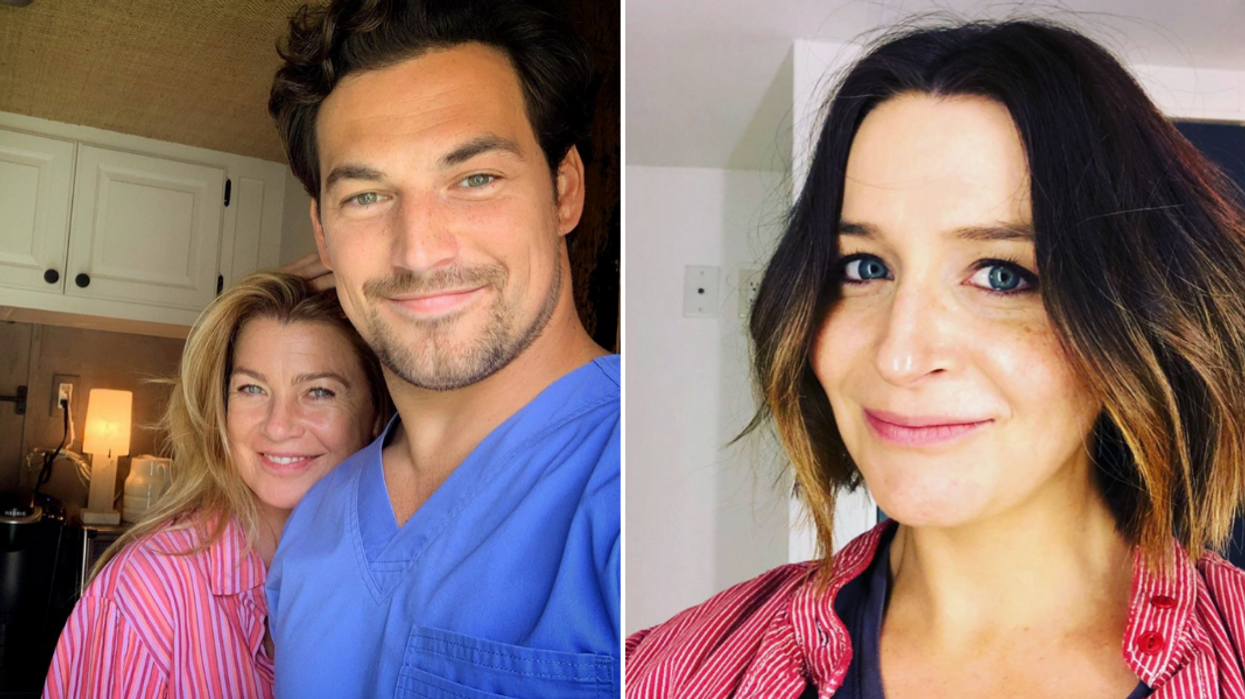 They don’t call the city “Hollywood North” for nothing. Plenty of mainstream celebs like Drake, Jim Carrey, and Shawn Mendes were born and raised in Toronto. However, there are so many other A-listers that spent their childhood in Canada’s biggest city. Grey’s Anatomy stars Giacomo Gianniotti and Caterina Scorsone are two of these celebs, who also happen to share more than just a hometown.

The pair have been on the hit drama for many years. Scorsone first appeared on the show as Dr. Amelia Shepherd back in 2010 and Gianniotti as Dr. DeLuca in 2015. The two have worked their way up to series regulars with Gianniotti’s character even sparking a romance with Meredith Grey.

The actors may not have known one another until their time on the show; however, they share many ties.

Gianniotti was originally born in Rome, Italy and moved to Canada in his kindergarten years per Interview Magazine. While Scorsone was born in Toronto, her IMDb states she was also raised with Italian heritage in the city.

Scorsone spent her younger years on the hit show Mr. Dressup starting at the age of eight. The now 38-year-old actress has an IMDb page full of credits from her childhood for shows like Goosebumps.

The Italian-born actor also had a childhood surrounded by the arts. However, for his acting experience, he told Interview Magazine that he would travel to Rome for work, being featured in his first Italian film at 10 years old.

The two actually spent their teenage years at the same arts high school in Toronto. Their age gap prevented them from walking the hallways at the same time but they both furthered their experience with theatre and acting at Cardinal Carter School for the Arts.

The school board that the high school is a part of, TCDSB, even hosted an alumni night back in 2018 where both Scorsone and Gianniotti shared their wisdom.

They both went on to further their education in Toronto with Gianniotti’s IMDb claiming that he graduated from Humber College’s theatre program and finished an acting residency at Norman Jewison’s Canadian Film Centre in Toronto.

Scorsone’s biography on IMDb credits her for graduating from the University of Toronto with a Bachelor’s Degree from the arts and science department.

Now, both celebs reside in Los Angeles for most of the year filming Grey’s Anatomy.

Scorsone recently gave birth to her third child and Gianniotti got married in early 2019 to make-up artist Nichole Gustafson.

Despite making it big in his field, Giacomo still spends plenty of time in Toronto where he visits family, attends sports events, and shouts out local businesses he loves on his Instagram.

You can catch both Scorsone and Gianniotti in season 16 of Grey’s Anatomy airing Thursday nights on CTV.