There was no warning for anyone! 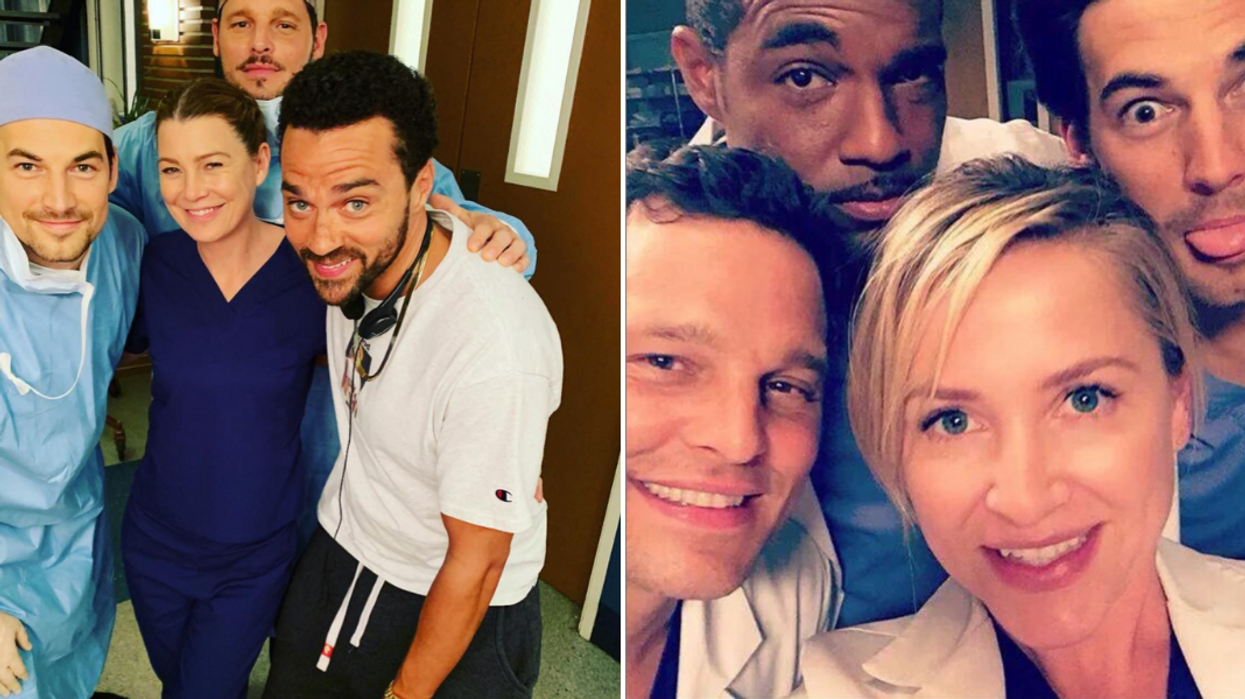 The cast didn’t get a warning of this major departure either! Fans of the popular medical drama recently had to unexpectedly bid farewell to original character Alex Karev. However, Grey’s Anatomy’s Giacomo Gianniotti revealed that fans weren’t the only ones having a tough time saying goodbye–the entire cast was affected.

It was announced back in January that Justin Chambers would be leaving his role on the ABC drama after 16 seasons.

Explaining in a statement to Deadline, Chambers said that although there is, “no good time to say goodbye to a show and character that’s defined so much of my life” he felt that it was time to explore other opportunities.

He revealed to the platform that he has, “hoped to diversify” his acting roles and felt that now was the time to do that especially because of his ”supportive wife and five wonderful children.”

Now, following the airing of his emotional final episode, cast-mate Gianniotti, who plays Dr. DeLuca, opened up about how his departure played out on set.

The Toronto-raised actor admitted to US Weekly that the rest of the cast learned of the actor's last episode while they were at the table read.

The 30-year-old actor said, “We’re sad to see him leave, but he’s been playing this guy for 16 years and we totally respect that he wants to have some time with his family. He’s got five kids, he’s got a lovely family and he wanted to explore the opportunity. So, we couldn’t be happier for him.”

Gianniotti also admitted he thought he had the best farewell. Meredith Grey herself had been going through a huge medical trial that brought back integral characters that have said goodbye over the seasons, “I think for him to see all these guest stars that he’d interacted with over the years was a cool way, a full-circle moment, to say goodbye to a lot of the cast members.”

Giannotti doesn’t think this is the last we’ll see or hear of Karev. When discussing past characters he preached, “Their spirit is always alive on the show. They never truly leave, especially someone like him, who’s been on from the beginning.”

Grey’s Anatomy has currently halted production on season 16 of the drama due to the COVID-19 outbreak, however, you can still catch new episodes Thursday nights on CTV.