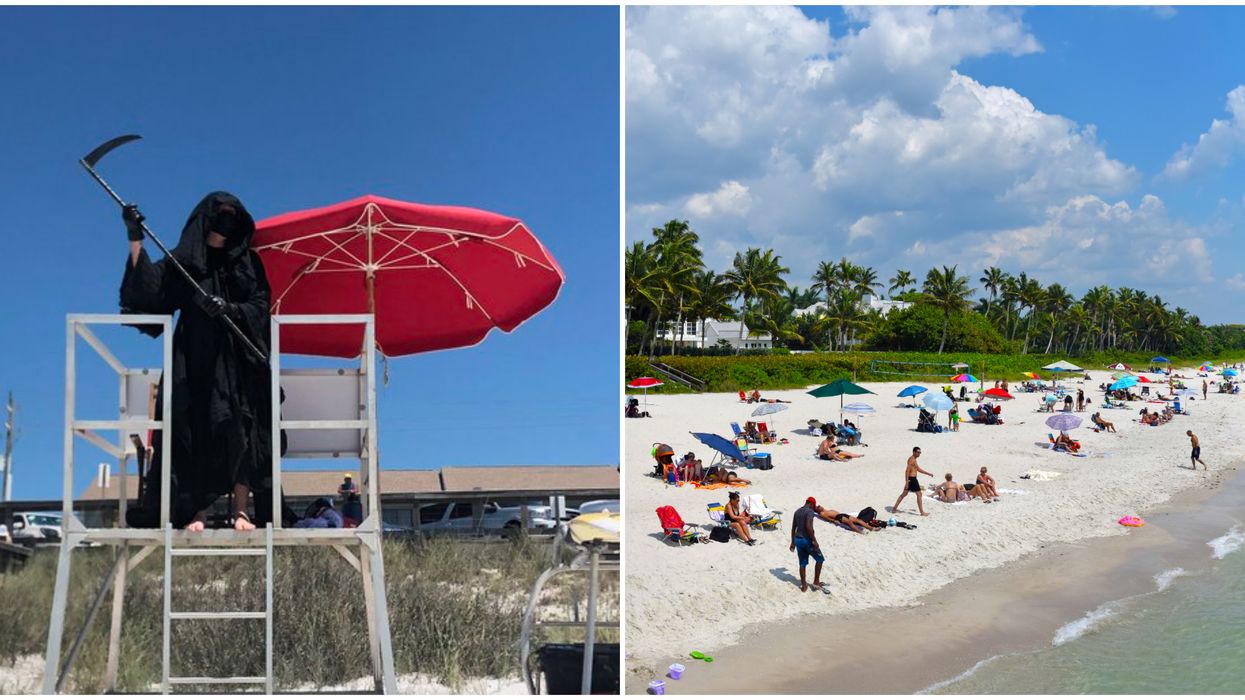 As Florida beaches continue to reopen throughout the state, beachgoers might be accompanied by an ominous sight. A Florida lawyer dressed as the grim reaper made waves on Friday, and someone called the police on him. It was the beginning of a tour of the Sunshine State to protest the recent beach reopenings.

"Many of you have asked if I am willing to travel around Florida wearing Grim Reaper attire to the beaches and other areas of the state opening up prematurely," Daniel Uhlfelder said in an April 22 tweet on Twitter. "The answer is absolutely yes. Beginning May 1, we will hit the road here in state. Please retweet and spread the word."

Uhlfelder, a Florida native and founder of Make My Day PAC, started what he calls the Florida Grim Reaper Tour on May 1.

He reported "live" on the scene in an attempt to urge "Floridians to stay home and save lives," he said on Twitter.

Today I began touring Florida as the Grim Reaper to remind Floridians of the importance that we stay home and prote… https://t.co/Yowl5jBLrb
— Daniel Uhlfelder (@Daniel Uhlfelder)1588386943.0

Shortly after arriving on the beach, he was approached by a police officer who can be heard in a video posted on Twitter saying that people were complaining he was "scaring the kids."

Back in early March, Uhlfelder filed a lawsuit against Governor Ron DeSantis for not closing beaches at the start of the COVID-19 pandemic. He then started a petition that was backed by 1,891 supporters to get them closed.

The governor would close beaches and parks on March 30; however, by mid-April, some Florida counties began reopening them.

Yes, we did sue Florida Governor Ron DeSantis for refusing to close all Florida beaches during this pandemic. https://t.co/YYokVDVHeZ
— Daniel Uhlfelder (@Daniel Uhlfelder)1585344717.0

Despite the hiccup, Uhlfelder will continue his protest and has released a tour tee of all of his stops.