Most NSFW pregnancy photo ever. 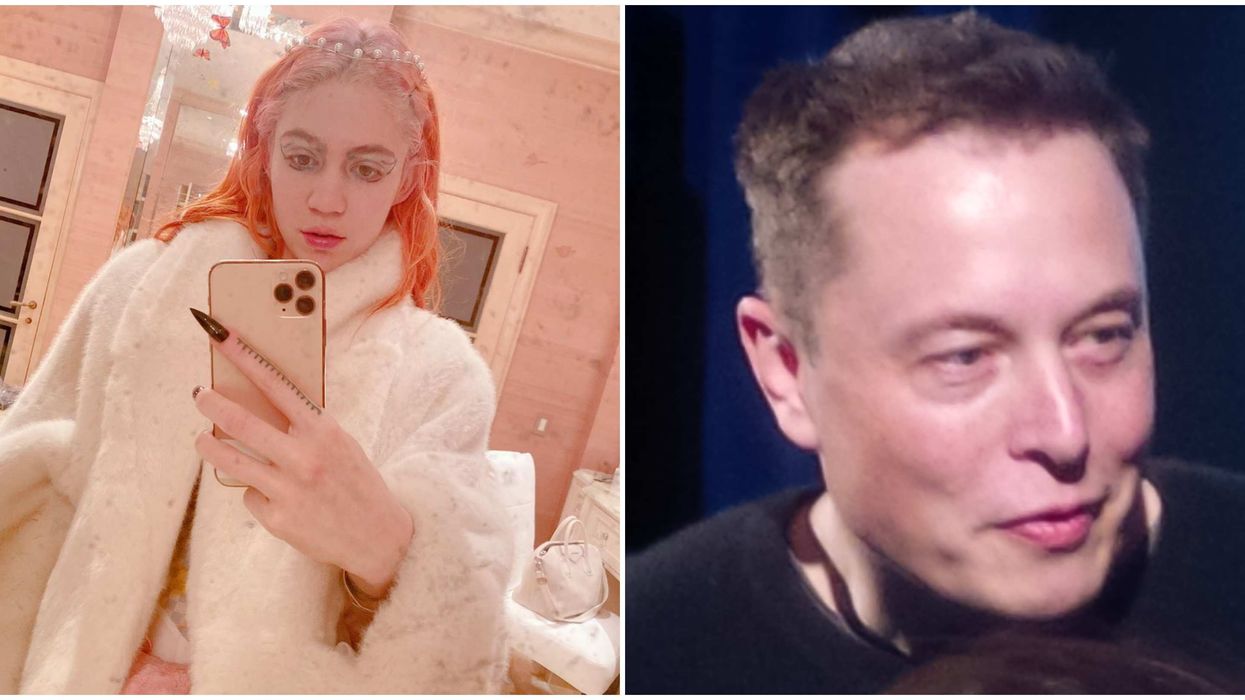 Are Grimes and her CEO boyfriend expecting? The Canadian electronic artist posted a pregnancy photo to social media — but it actually raises more questions than it answers. Grimes and Elon Musk have been romantically connected since May 2018 and it looks like they're starting a family together — maybe. You have to see the photo and decide for yourself.

The unlikely couple first connected over a tweet. Grimes, originally from Vancouver, is 31 years old and Tesla founder Elon Musk is 48. Even though he was born in South Africa, he's technically Canadian, too, and holds citizenship in three countries.

They made their relationship Instagram official after Grimes posted a photo of her partner's 48th birthday cake.

The couple has stayed mainly out of the spotlight, but the latest update in their relationship could be that they're expecting their first child.

Grimes uploaded a pregnancy photo to Instagram on Wednesday, January 8. In the photo, she has a swollen abdomen, as if she's pregnant with an eerie image of a baby in utero superimposed.

It's NSFW not only because she's topless but also because it's just plain weird. Like something out of the Alien franchise. It's hard to tell if this is for real.

A different version of the photo was pulled from Instagram earlier in the day. The photo shows the musician topless and the new version was altered to not include her nipples.

According to the new version posted to Grimes' account, she was "censored" and she almost got away with it.

Us Weekly reported that in the original photo, Grimes replied to comments on Instagram, saying "the photo is so much less feral without the nipples. Plus being knocked up is a very feral & war-like state of being,” which seems to indirectly confirm the star is pregnant.

The Juno award-winning artist could be expecting, but given her artistic edge and her love for all things weird, this could just be a strange photo.

If the artist is really pregnant, which we hope to find out soon, then this has to be up there with the most unusual pregnancy announcements of all time.