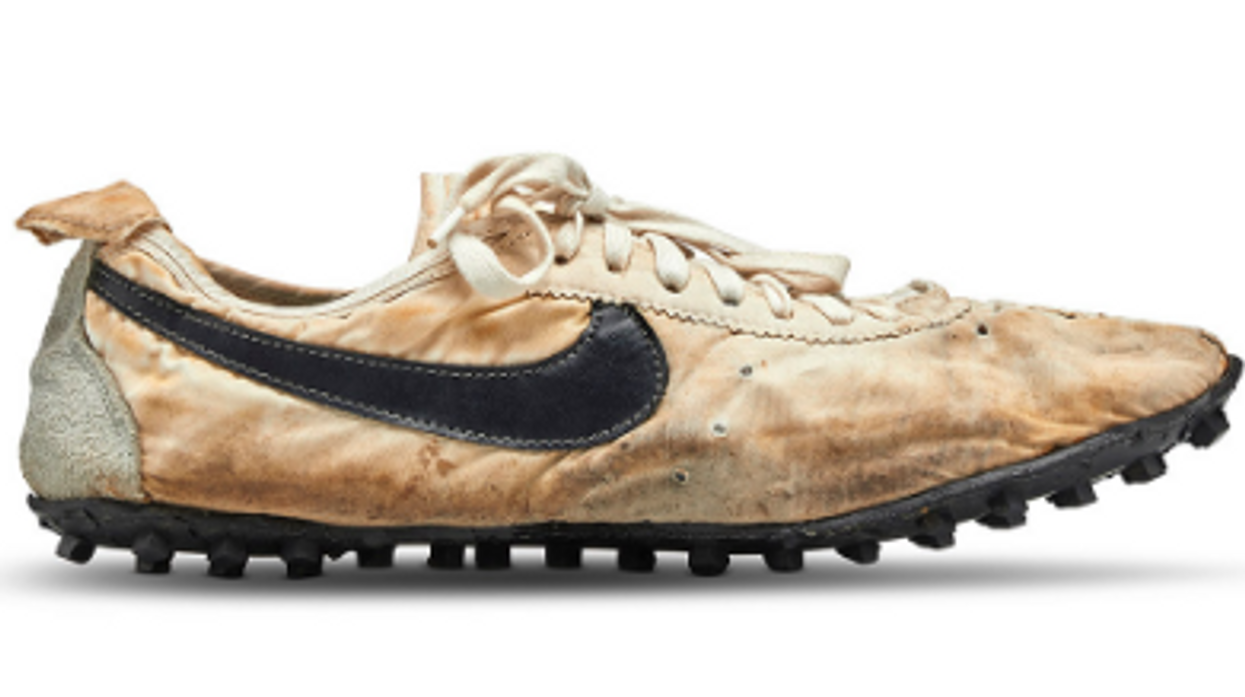 We've all spent a little more than we would originally like when shopping for a new pair of shoes. However, one Canadian collector went a step farther by spending over half a million dollars on a pair of rare 'moon shoes' to add to his collection. Canadian collector Miles Nadal just broke the Guinness World Record for the most expensive trainers sold at auction, and he's planning on putting them up for display at a museum in Toronto.

Guinness World Records announced that Nadal stepped into the title of most expensive shoe purchase at auction after purchasing the shoes for $437,500 (or $575,000 Canadian) on Tuesday. Spending over half a million dollars Canadian, Nadal was able to take home the record and a pair of 1972 Nike Waffle Racing Flat Moon Shoes.

Also known as 'Moon Shoes', these trainers are one of only a handful of pairs that are known to exist around the world. Only twelve pairs of these shoes were ever created, made for the American runners at the 1972 Olympic trials, and many of those pairs are unaccounted for today.

One unique feature about these shoes is that they were originally created after the inventor, Bill Bowerman, created the sole by using his wife's waffle iron.

This left a unique print on the ground when the runners used them, making them stand out from the rest of the trainers. They were dubbed the name 'Moon Shoes' after many believed that the unique sole mark looked like those of an astronauts moon print.

Nadal purchased these shoes in an auction from the previous owner, Jordy Geller, who currently holds the Guinness World Record title for the largest collection of trainers.

Geller is happy to be part of the record, claiming that, "I view sneakers as much more than shoes. I think of them as art. They're a perfect showcase of history and what Miles Nadal purchased is indeed a historic artifact."

Nadal is planning on displaying his set of Moon Shoes at his Dare to Dream Automobile Museum in Toronto. A private museum which already features an extensive collection of cars.

Nadal is planning on sharing his collection with friends, family, and charitable organizations.