Bieber was chatting with the paparazzi and never said it wasn't true. 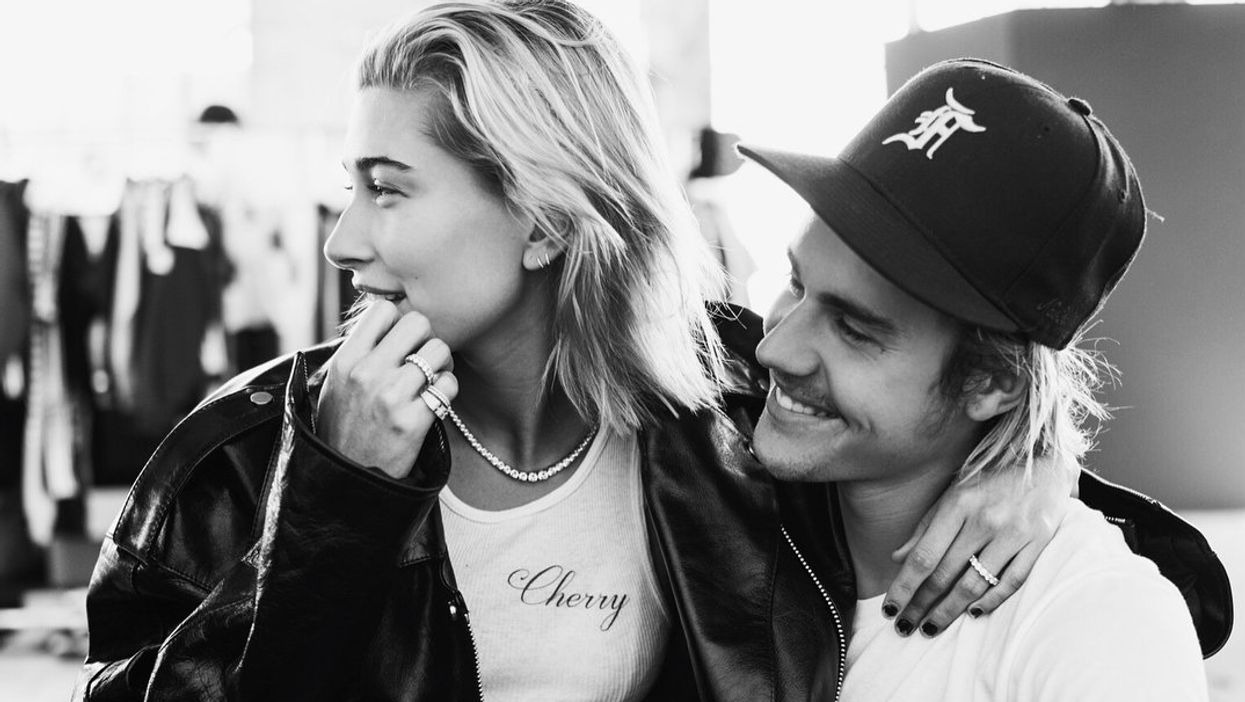 After the whirlwind romance between the Canadian pop star Justin Bieber and model Hailey Baldwin started, people were hooked. News of their engagement was shocking to say the least, considering the couple had only been dating for a month prior.

Well, now their engagement seems to have been more premeditated, considering there have been rumours that Baldwin is actually carrying Bieber's baby and is already three months along. While the report says that Bieber and Baldwin are going to announce the news shortly, people have been speculating since the pair announced their engagement.

Some of the phrasing on the announcement made it seem like the couple were already expecting. The caption on Instagram read, "I promise to lead our family with honour and integrity letting Jesus through his Holy Spirit guide us in everything we do and every decision we make."

Fans read through the lines to see that leading their "family" meant a baby was already on the way.

Well, it looks like one member of the paparazzi was equally as curious as we all are and asked Bieber himself if the rumours were true. The Hollywood Fix tweeted out the video of the Canadian on a coffee run in Beverly Hills.

Towards the end of the video, the cameraman says "Hey Justin, is Hailey pregnant right now?"

The singer seemed to be annoyed (and who could blame him) but one thing we noticed is that he actually never denied the rumours. He simply asks "What’s your deal, bro?" continuing with "You just seem too normal to be doing this job."

We give the Biebs credit for shutting down the questions about his personal life, but as for the pregnancy, we are dying to know the truth.

Considering the couple has only been seen together in the last two months, it's surprising that they would already have a 3-month old bun in the oven. Some fans have actually been speculating that the baby's father could be another Canadian singer, Shawn Mendes.

So Hailey Baldwin is reportedly 3 months pregnant and shes with Shawn like 2 months ago. OMG.

May 2018: Hailey Baldwin and Shawn Mendez go to Met Gala

hailey baldwin is pregnant and shawn's the dad BYE

Either way, we'll be waiting to hear what happens next when it comes to the Baldwin-Bieber (or Baldwin- Mendes) baby. There's no doubt that it will be completely gorgeous with such talented and beautiful parents.

Yes, someone actually made a dad bod survey.

Thousands of Canadian gyms have been closed for a lot of the past year due to various lockdowns, but it doesn't look like that's a bad thing for Canadian men.

Planet Fitness Canada recently conducted its first-ever "dad bod" survey — yes, it's true — in order to find out what Canadians think of the body type, which is loosely described as somewhere between a beer gut and toned abs.