Hailey Baldwin was a Jonas Brothers fan and Justin Bieber didn't like that. 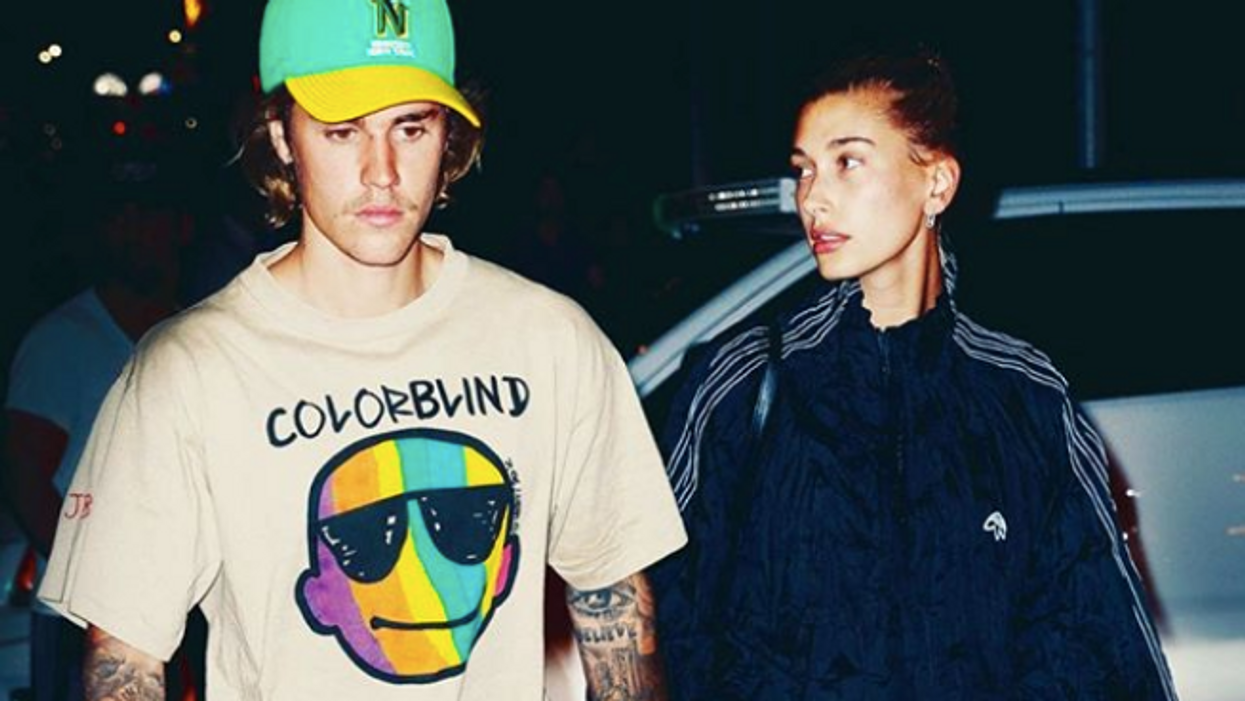 For the most part, Justin Bieber and Hailey Baldwin keep their relationship pretty private. While they have been seen crying on park benches together, they're also been seen making out multiple places. I mean, balance, right?! Yesterday, they showed their more playful side on Instagram Stories as Hailey Baldwin revealed she was a Jonas Brothers fan and Justin Bieber was not very happy about it.

The other day, Justin revealed he had been "struggling a lot" in an Instagram post. He's definitely getting support from his wife, Hailey, and it seems like they've taken a trip to somewhere cold to get away. While on the way there, they slyly posted that they were on a private plane and were definitely having some fun.

On one of Justin's Instagram stories, you can hear Hailey say she was a Jonas Brothers fan while covering her face. Justin, who jokingly doesn't seem too happy about it, can be heard screaming, "WHAT?!" On the video, it says, "Joe it's mutual" and I'm assuming they're talking about Joe Jonas. You can view the hilarious video below.

Of course, this is all in good fun and Justin isn't actually screaming at Hayley. Justin got his start in 2007, and the Jonas Brothers and Justin hit their peak around the same time. Let's just say we can all relate to Hailey's love for Justin and the JoBros.

READ MORE: All Of Hailey Baldwin’s Instagram Comments Are Ruthlessly Telling Her Justin Bieber Made Her Famous

Even though fans are not a fan of Hailey's, if you've viewed any of their stories together, you can tell they're a match made in heaven. I mean, some of Justin's stories are him and Hailey's toes crossing each other so... that's true love.