Make a road trip out of it. 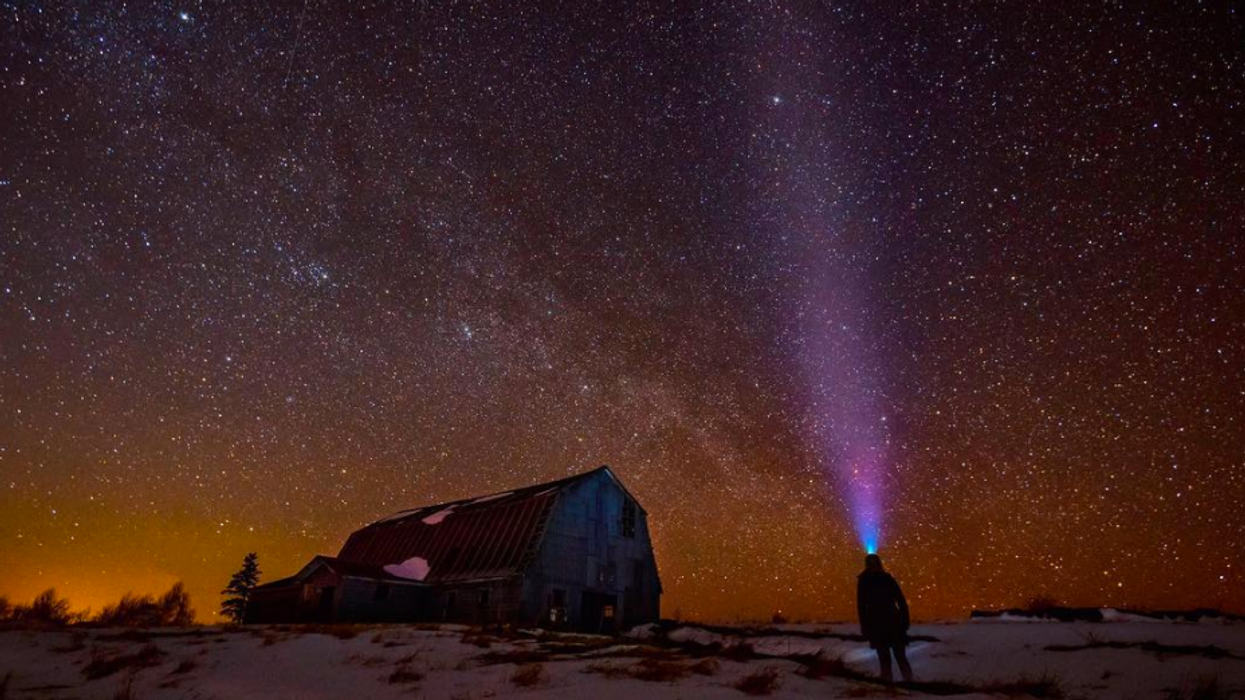 In 2014 the UNESCO associated International Starlight Foundation designated the Yarmouth and Acadian Shores region as a Starlight Tourism Destination and a Starlight Reserve – the first designation of this kind of be awarded in Eastern Canada.  Since then astrology enthusiasts from all over the world have flocked to Nova Scotia to take in the dark skies of our province.

The lack of light pollution and untouched nature of municipalities like Yarmouth, Argyle and Clare along the Acadian Shores have earned this region the title of Acadian Skies & Mi’kmaw Lands from the Starlight Reserve, making it one of the best places in Canada to catch a vivid glimpse of the constellations.  We did some research and discovered observatories and campgrounds all over the province where you can do some epic stargazing.

Every April Northern Cape Breton is treated to incredible views of the Lyrid Meteor Shower. Drive up to this region between April 16th and the 25th of 2017 during the early morning hours to catch an unbelievable celestial show that only comes once a year.

Escape the city and visit this remote Eastern Passage community, only a 24-minute drive from Halifax. Fisherman’s Cove is an adorable restored fishing village that will take you back in time over 200 years. Take a walk along the waterfront and enjoy the stars above this quiet town.

Located in Yarmouth, Nova Scotia, this 282-acre site is a popular spot for camping, fishing, hiking, canoeing and star gazing. The park is located within the Acadian Skies & Mi’kmaw Lands, a title given to the Yarmouth and Acadian Shores region by the UNESCO-Starlight Tourist Destination in recognition of its extraordinary dark skies and lack of light pollution.

Stay overnight at this luxurious Yarmouth lodge and explore the incredible dark sky region above the surrounding Tobeatic Wilderness Reserve. In 2014 the Trout Point Lodge received certification as the world's first Starlight Hotel from the Starlight Foundation, and now offers guided star gazing and solar gazing tours of the region, making it one of the best places for star gazing in North America.

Only a half hour drive outside Halifax, head up to Cow Bay on the Eastern Shore for a stargazing getaway that’s close to home. This secluded beach is a super-romantic setting for you and bae to enjoy some amazing views of the night sky.

Tim Doucette, an amateur astronomer who is also legally blind, opened the Deep Sky Eye Observatory in the fall of 2015 just outside Yarmouth. Doucette offers presentations and guided stargazing tours from his observatory, in addition to providing accommodations for those who choose to stay the night!

On a clear night out in Peggy’s Cove, visitors are greeted by a spectacular star gazing display. Drive out to this rural region just an hour outside Halifax and take in the panoramic ocean views for some stellar constellation displays.

Not only is the natural scenery stunning by day in this region, but once the sun sets the star gazing opportunities in Baxter's Harbour are incredible as a result of the untouched nature surrounding this fishing community on the Bay of Fundy.

In 2010 Kejimkujik National Park was designated as a Dark Sky Preserve by the Royal Astronomical Society of Canada as part of their Dark Sky Preserve Program, earning the first designation of this kind in Nova Scotia. Keji’s DSP title makes it one of the most beautiful places in Canada to star gaze, and visitors to the park also have a chance to educate themselves about the negative ecological effects caused by light pollution.

Who would have thought you could do some epic stargazing right in downtown Halifax?! On the second and fourth Friday of every month at 7pm the SMU observatory offers free shows featuring photo and video footage of constellations across Nova Scotia.