10 Best Breweries In Halifax To Go For A Pint

Have you tried all of these amazing local beers? 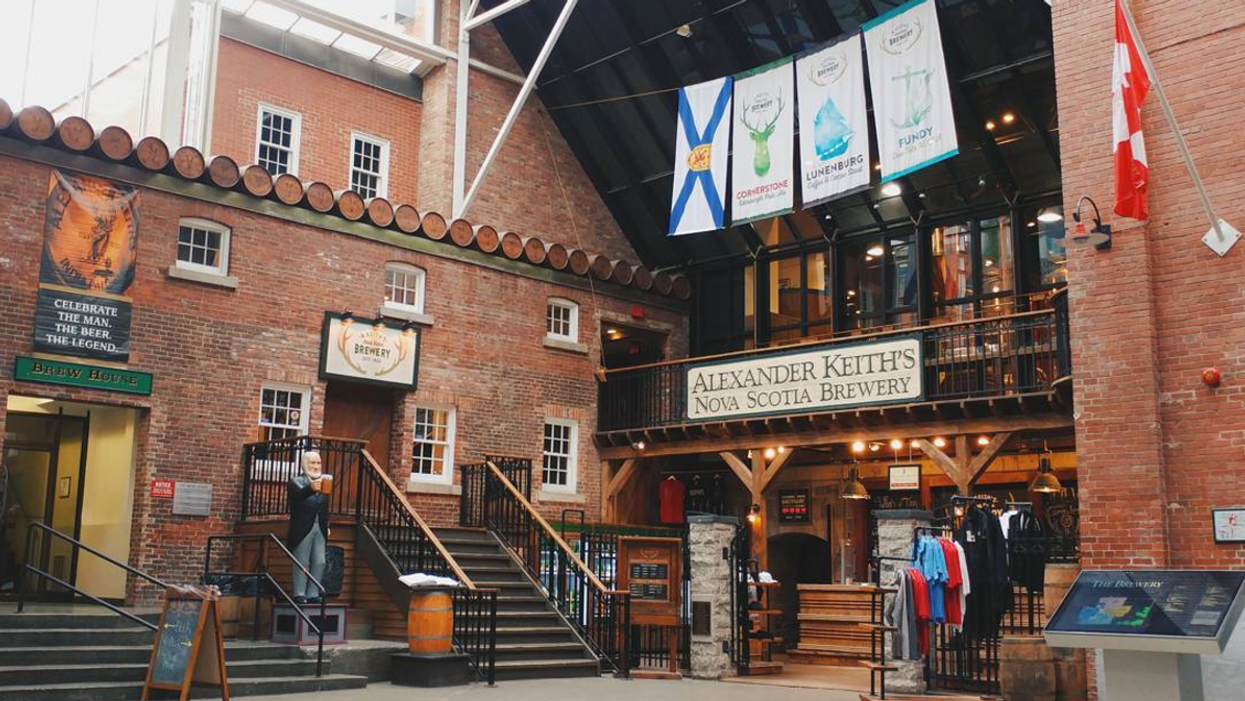 Over the past couple years craft beer has blown up, becoming a popular alternative to your mainstream brands.  When people order a drink at the bar now, they want a pint that pulls from a fancy handle, containing ingredients like coffee beans or harbor water.

The following ten Halifax breweries have redefined what it means to make good local beer, creating dynamic spaces that are awesome for hosting company functions, birthday parties, or just grabbing dinner and a pint.

Nova Scotia’s best selling microbrewery, Propeller Brewing Company started preparing their award winning, all natural British ales for Haligonians in the mid nineties. Their brewery on Gottingen sells kegs, growlers and standard six packs of Propeller beer, in addition to offering brewery tours for groups of ten or more. Hang out in the Tap Room next time you're in the area and sample some of their products!

Founded in 1820, Alexander Keith’s is one of the oldest commercial breweries in all of North America. The history of the Alexander Keith’s brand has been preserved in their brewery, which explores the origin of the Keith’s brewing process with the help of actors dressed in colonial garb. Located in the historic Brewery District of Halifax, take a tour of the Keith’s Brewery and inform yourself about one of the Maritimes’ most famous brands - or just pop in and grab a pint on their beautiful patio!

Located right downtown by the harbor, the Garrison Brewery is an awesome spot to grab beers with friends, hang out on the patio and scout out the surrounding shops Pier 21 has to offer. At Garrison they offer kegs, growlers, lots of cool merchandise and all-you-can-drink beer tours! Submit your own beer to the next annual Garrison Brewery Home Brew-Off Challenge for a chance to have your recipe prepared and packaged by Garrison as a limited edition seasonal product.

This new North End Microbrewery has an amazing turf patio that you have to hang out on before winter comes! Their delicious beer is brewed with minimal amounts of gluten, making it less of a headache for all my celiac homies out there. Good Robot also serves a rotating menu of snacks from some fantastic local restaurants, including enVie, Black Sheep, Rinaldo’s and more.

For over thirty years the Granite Brewery has been producing award winning, English ales for folks all over Halifax. In addition to offering Traditional IPA’s, Granite also serves Bitters, Organic beer and Gin Lane Ale. Pick up a growler or stop by for a pint at Granite next time you’re in the North End!

Located right in the heart of downtown Halifax, Stillwell has the best selection of locally brewed craft beers on tap at their stylish, multi-level pub. This summer their inaugural pop-up Beer Garden at Spring Garden and South Park Street was a massive success – you should definitely check it out before they close for the winter!

More of a sit down restaurant, this classy downtown joint has a delicious food menu to compliment their unreal craft beer. Brewed in house, all of their beers are made using natural ingredients, and contain healthy levels of vitamin B, amino acids and trace mineral elements. Rockbottom also has an awesome weekly lineup of live musicians and entertainers who perform for guests on a nightly basis!

Established in Charlottetown, P.E.I in March of 1997, Gahan has since become popular all throughout the Maritimes for their craft beer and delicious cuisine. The Gahan microbrewery's two original beers, Island Red Premium Ale and Sir John A’s Honey Wheat Ale, can be found on tap at their Halifax harbor front location. Head over for a pint, and be sure to try some of their amazing food as well!

Another (aptly named) North End fixture, North Brewing Company also has a popular location over in Dartmouth. Hang out and enjoy a pint of their Belgian inspired craft beer, or grab a growler and take it home for the weekend - $1 off growler fills in Dartmouth on Monday and in Halifax on Tuesdays.

This new harbour front brewery might not be the best spot to get a FULL pint as they’re known for brewing rum! Go on a tour at the Halifax Distilling Company and learn how their Gold, Black, Spiced and White rum is handcrafted with passion, pride and can-do spirit. Enjoy their tasting bar and merchandise afterwards!

Trudeau has been hitting the bars on the campaign trail, but he's got a bit to learn yet.

The visit to the bar is a classic tool for any politician. Barack Obama has done it, Hillary Clinton has done it, and Trudeau has done it multiple times (and once with Obama, too!).

With a federal election just weeks away, Trudeau took the time to visit Hawthorne Beer Market & Bistro, a pub in Surrey, B.C. on Wednesday, August 18, and he even took a couple of orders and poured a few beers.

An Ontario pub isn't taking Doug Ford's decision to keep restaurants closed lightly — in fact, it's sending him a bill.

The Nelson Street Pub, located in Pembroke, Ontario, called on the provincial government to reopen patios while revealing an invoice addressed to the premier.