101 Things You Must Do In Halifax Before You Die 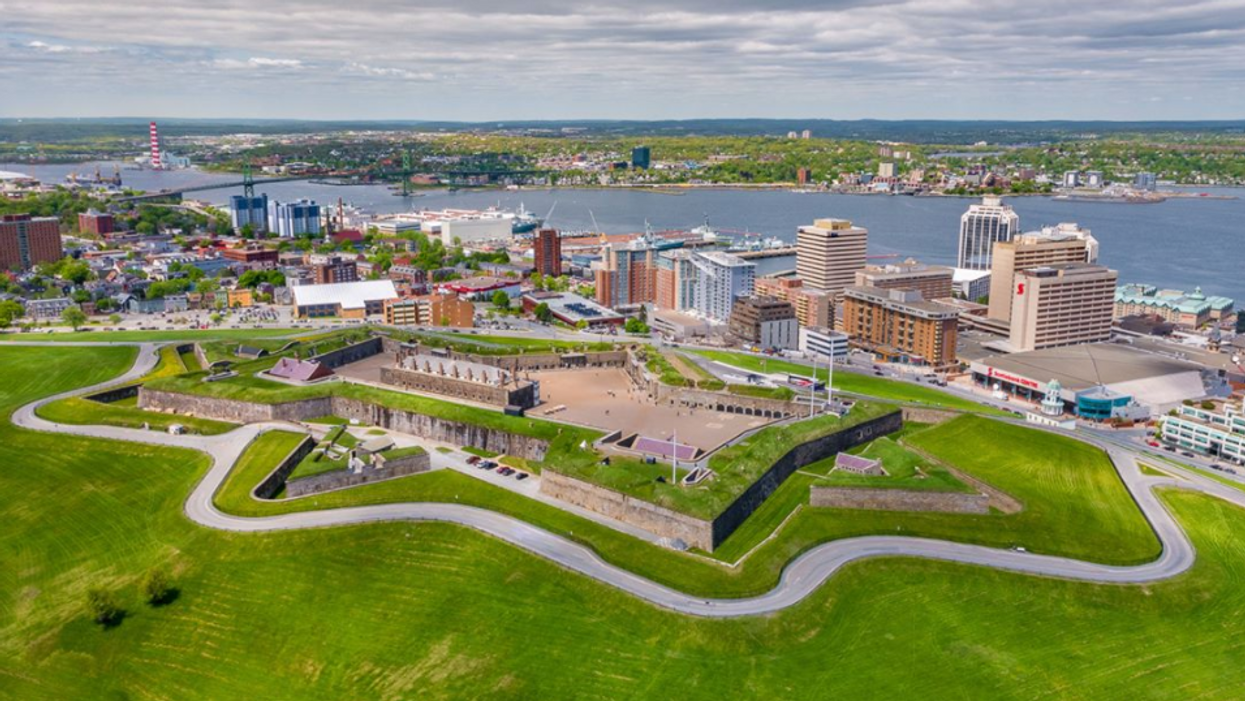 Whether you're planning on moving out to Halifax for school in September or have lived here your entire life, there are certain landmarks every Halingonian has to hit during their time here.  We put a piece together compiling a bunch of adventures, foods, bars and parks that you have to check out during your time out east.

Scroll through the bucketlist we made below and get as much of this done as you can!

1. Visit the Halifax Seaport Farmers’ Market on a Saturday

4. Take the ferry the Dartmouth

5. Relax in the boardwalk hammocks

6. Bike out to Long Lake

7. Stay out all night long during Nocturne

8. Spend an afternoon at the Africville Museum

9. Try the oysters at Press Gang

10. Investigate The Dome on a Thursday

12. Hike to the top of Citadel Hill

13. Camp out on McNabs Island

15. Go for a walk through Point Pleasant Park

16. Pick up some Ice Cream from Dee Dee’s

18. Warm up at The Bicycle Thief’s Fire and Ice Bar

19. Browse through some records at Taz

20. Shoot some pool at Locas

21. Visit King of Donair for their signature dish

22. Rent a bike from I Love Bikes for a city-wide adventure

23. Eat your way through the city during Burger Week

24. Stock up on candy from Freak Lunchbox

25. Go skating at the Emera Oval

27. Get your sweat on at Moksha Yoga

28. Take a walk through the Halifax Public Gardens

29. Dance with Signal Hill at The Lower Deck

30. Marvel at the boats that sail by during the Halifax Tall Ship Festival

31. Make your own Caesar at Durty Nelly’s

32. Take a selfie with Theodore The Tugboat

33. Feel like a kid again at The Discovery Centre

36. Go for a booze cruise aboard Tall Ship Silva

37. Throw some axes at The Timber Lounge

38. Try a dance class at Studio In Essence

40. Pick up a coffee from Weird Harbour

41. Nurture some wildlife from The Flower Shop

43. Lounge on the patio at Your Father’s Moustache

44. Take in an exhibit at the Art Gallery Of Nova Scotia

45. Hit up retro night at The Seahorse

46. Kayak through the Halifax Harbour

47. See a performance of Shakespeare By The Sea

48. Go for a haunted walking tour with Tattle Tours

49. Hop on the beer bus and tour Halifax’s breweries

51. Enjoy a wide selection of seafood at the annual Oyster Festival

52. Get some air at the Nova Scotia Indoor Trampoline Park

53. Become a mermaid for a day with the Halifax Mermaid School

54. Shoot a hole-in-one at Putting Edge

57. Laugh it up at the Halifax Comedy Festival

58. Take a cooking class at enVie

59. Show up your friends at Pong Social Club

60. Catch some rays at Conrads Beach

61. Catch a flick at the Atlantic Film Festival

63. Try the Fish and Chips at John’s Lunch

64. Go tobogganing at The Pit

66. Check out the Maritime Museum of the Atlantic

67. Get your Christmas shopping done at the Halifax Christmas Market

69. Tour the Province House for free

70. Grab a pint at Garrison Brewery

71. Do some thrifting in Halifax’s North End

72. See a show at The Neptune Theatre

73. Chill out at the Shambala Centre

75. Try the chicken wings at The Halifax Alehouse

76. Make sure not to miss the Halifax Pop Explosion

77. Sing your heart out during karaoke at Cheers

78. Enjoy a beer outside at the Stillwell Beer Garden

79. Check out the seasonal lattes at Humani-T Café

81. Get sloshed at the Halifax Craft Beer & Local Food Celebration

83. Book a wine tasting at Obladee

84. Go for dessert at The Middle Spoon

85. See the stars at the SMU observatory

86. Drive out to Wentworth for a ski trip

88. Test your wits during trivia night at The T Room

89. Create an out-of-this-world costume for Hal-Con

90. Browse through some treasures at The Black Market

91. Submerge and relax at The Flotation Centre

92. Challenge yourself at The Great Escape

94. Race your friends at Kartbahn

95. Face your fears with The Atlantic School of Skydiving

98. Take a sailing lesson off the Northwest Arm

100. Spend an afternoon at The Waegwoltic Club

101. Party in the streets during the Halifax Pride Festival