West is the Best. 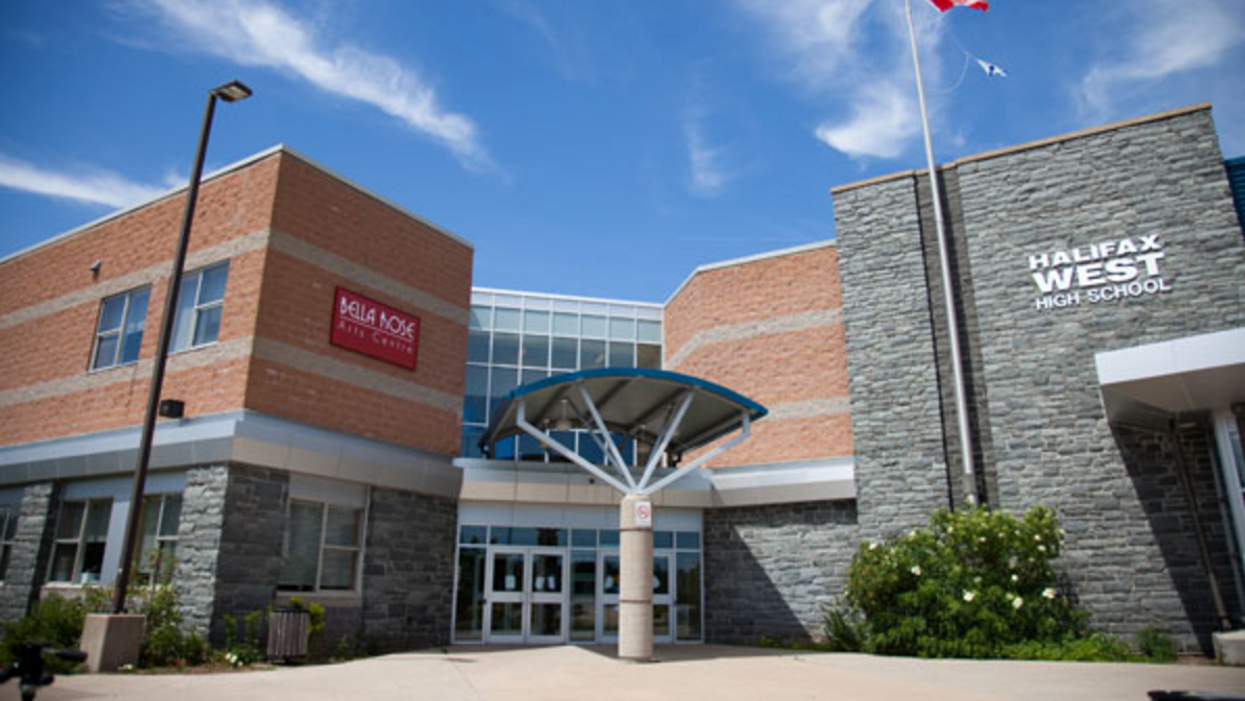 Started from the bottom now we here...literally, because Halifax West High School was originally located at the bottom of Fairview until it moved up to its new location beside the Canada Games Centre off of Lacewood Drive.  The West is one of the biggest High Schools in Halifax and has pride like no other...you would know if you ever went to a sports game against us.

Bringing all the kids from the Burbs together, Halifax West was an experience never to be forgotten. Friends and enemies were made, good times and bad times were had, and it was all a part of our formative high school experience. If you were a Warrior you've probably experienced a couple of the things we listed below during your time in at The West - and if not, I bet you wish you did, because The West is the best.

2. You own a Warriors Against Bullying Pink Day shirt.

3. You know why Mcdonald’s on Lacewood started to close their doors at 11pm on weekends.

4. You thought you were a "cool kid" if you took leadership in grade 12.

5. You’ve gone hard at the football and hockey home openers.

6. You thought the little garden in the middle of school was awesome, but you’ve never actually been inside the enclosure.

7. You call Citadel High School “Shitadel” and probably always will.

8. You’ll always be a Warrior at heart.

10. You now know people from all over the city.

13. The girls rugby team was not to be messed with.

14. In the first week of school you got lost The West was so much bigger than Junior High.

15. You’ve almost fallen trying to get out of the tables in the caf.

17. You parked in staff parking spot because you thought you were being bad a** but then regretted it when school got out and you got stuck in the car line.

18. You’ve seen a Brooksider do a burnout.

19. You’ve had to walk the Power Lines to school.

20. You never used the Public Library even though it’s right there and if you did it was only to buy food at their cafe.

22. When you didn’t bring a lunch the student government always had popcorn so you were good.

23. You know who Snook and MacRae are.

24. The Root Beer Mile was one of the highlights of your High School days despite how gross it is.

25. You had to mentally prepare yourself for the Hockey team's rookie haircuts.

If you thought a waterside mini-mansion was probably out of your budget, think again!

These houses for sale in Nova Scotia are beautiful and affordable, and the best part is that the province is looking for people to move there ASAP.

You have to live in Atlantic Canada to qualify!
Colicaranica | Dreamstime sarahhashcroft | Instagram

Being a resident of the Atlantic Canada bubble is about to have an advantage over the rest of the country. A Halifax travel agency is offering a two-week trip to Cuba, exclusively to Atlantic Canadians.

As I'm sure you already know, travelling has been no easy task these days, but thanks to Halifax's, Absolute Travel, it may be possible for those who live in New Brunswick, Nova Scotia, PEI, and Newfoundland to unwind somewhere other than their own homes.

The travel agency revealed October 28 that they will be chartering two Air Canada flights, one in February and one in March, to Cayo Coco.